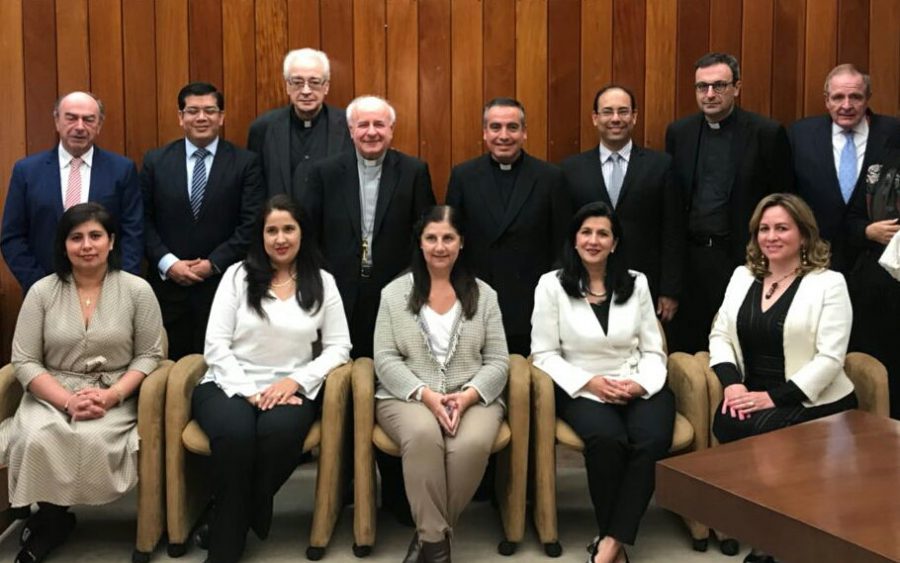 The Regnum Christi Movement operates the Mexican branch of the John Paul II Pontifical Theological Institute for Marriage and Family Sciences. Recently Archbishop Vincenzo Paglia, the President of the Pontifical Council for Life and Msgr. Pierangelo Sequeri, President of the John Paul II Institute in Rome. Around the same time they did a Theological Congress on the 50th anniversary of Humanae Vitae. 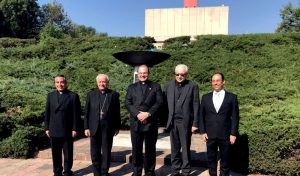 The visit happened on March 14-15, 2018 as part of the celebration of the 25th anniversary of the Institute in Mexico. At the same time, the institute had two conferences in its facilities, located at the Universidad Anáhuac México. They titled: “The splendor of life, marriage and family,” and “The pastoral challenges for the family and society”

Archbishop Paglia and Msgr. Sequeri also met with professors and graduates of the institute. This allowed them to share their specialties with the archbishops, including: Philosophy, Pedagogy, Psychology, Bioethics, Theology, Public Policies, and Media.

Msgr. Pierangelo Sequeri commented: “It will be our task, from the Lateran University, to follow, guide and motivate all sectors when announcing the Gospel of the Family and prepare men and women of authentic faith. They are motivated and professionally competent to respond to the pastoral challenge of a Church authentically open to families and their problems, as today is Pope Francis and the entire Magisterium.”

Since 1992, the Institute in Mexico City has oriented itself towards the challenges of a world in which men and women want to live forgetting or leaving the reference in the background with both pastoral and academic offerings.

After their visit to the John Paul II Institute, the two archbishops celebrated Sunday Mass on March 18 at the Basilica of Our Lady of Guadalupe. 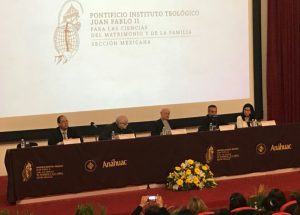 Around the same time, the John Paull II Institute in Mexico ran a theological-pastoral congress on the 50th anniversary of the enactment of the Encyclical Humanae Vitae of Paul VI during the first week of March. This was in collaboration with the Pontifical University of Mexico, the Mexican Episcopal Conference, the Pontifical Academy for Life, the Archdioceses of Guadalajara and Monterrey, and the University of Monterrey.

Two bishops attended: Bishop Mario Iceta Gavicagogeascoa, Bishop of the Diocese of Bilbao, Spain and Bishop Alberto Germán Bochatey Chaneton, Auxiliary Bishop of the Archdiocese of La Plata, Argentina and member of the Board of Directors of the Pontifical Academy for life.

The first part of the congress took place in Mexico City, later they moved to Guadalajara, concluding the event in Monterrey. Over 400 people participated, reflecting on various topics of life and family.

Speakers addressed the context, reality and evolution of pro-life; the future of the family; and the culture of life vs. the culture of death. Round tables discussed pro-life pastoral work; bioethical and legal challenges around human life; and love as a response to life.

The day helped the audience see the great challenges of today’s society that Humanae Vitae raised 50 years ago, and motivated them to be on the front lines.

Read the original in Spanish here.