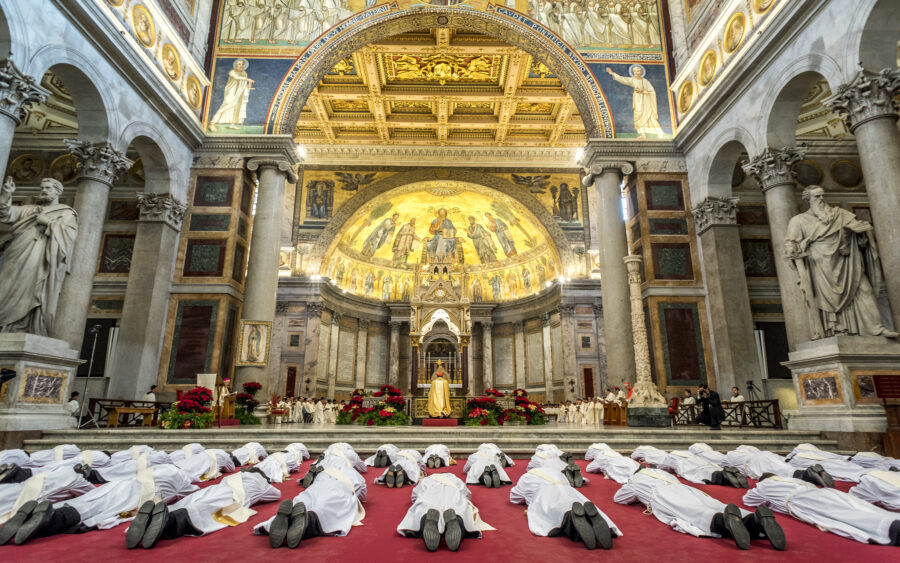 “Priestly ordinations are always a reason for trust in the future, a reason for hope.” – Cardinal Velasio Del Paolis

After an average time of 14 years spent in discernment and formation from the time they enter the novitiate to the end of their transitional diaconate, this year 37 Legionaries of Christ will be ordained to the priesthood.  The new priests come from 11 countries, including seven from the United States.  Of these 37, 29 will be ordained together on Saturday May 7th, 2022, at 10:00am Rome time (4:00am EDT, 1:00am PDT) at the Basilica of St. Paul Outside the Walls in Rome, Italy. The other ordinations will take place in countries around the world, presided by local bishops.  After two pandemic years which precluded the Congregation from holding their traditional annual ordinations as a cohort in Rome, the return to the Eternal City is a welcome event.  The Ordination Mass will be livestreamed here, and all are warmly invited to join virtually.

In 2020 and 2021, the 66 Legionaries eligible for ordination to the priesthood received the sacrament from various bishops all over the world, most often in their families’ home dioceses. While these smaller, quieter ordinations were a cause for great joy in a difficult time, also allowing family members who could not travel to attend as pandemic restrictions allowed, the return to the fraternal global celebration in Rome is something the Congregation looks forward to with grateful anticipation.

Deacon Robert Antonio will be ordained in Michigan City, Indiana, on July 30th, 2022, while the other seven deacons will be ordained in Rome on May 7th. Although their backgrounds and stories are diverse, they are united in the passion with which they live the charism of the Congregation, and in their perseverant responses to God’s call to the priesthood as a Legionary of Christ.

That priesthood has a specific charism shared with the other vocations of Regnum Christi and lived out in a way particular to the Congregation.  Number 110 of their Constitutions shares characteristics of the priestly ministry of the Legionaries of Christ:

Throughout their lives, they should always strive for holiness, which consists in a growing union with Christ, knowing that only those united to the Vine bear fruit (see John 15:1-11);

They should live their religious and priestly consecration with fidelity and authenticity, rooted in a passionate love for Christ, being like him obedient to the point to death (see Philippians 2:5-8), and so glorify the Father, and build up the Kingdom of Christ, the Congregation, and Regnum Christi;

They should keep in mind that their principal mission is to be eminently priestly, administering the sacraments, preaching the Word of God and serving Christ in their brothers.

As a Congregation of Pontifical Rite, the newly ordained priests will be sent out to various locations globally as missionaries to the people of today’s world.  In their ministry they will exercise their “mission of forming apostles, Christian leaders at the service of the Church,” as explained in number 4 of their constitutions, which continues, “Legionaries make present the mystery of Christ gathering the Apostles around him, revealing to them the love of his heart, forming them and sending them out to collaborate with him in building up his Kingdom.”

All are warmly invited to pray for the 37 deacons as they enter spiritual exercises in the week leading up to their ordination, and to join them via YouTube for the live broadcast of the Ordination Mass on Saturday, May 7th, at 10:00am Rome time (4:00am EDT, 1:00am PDT). 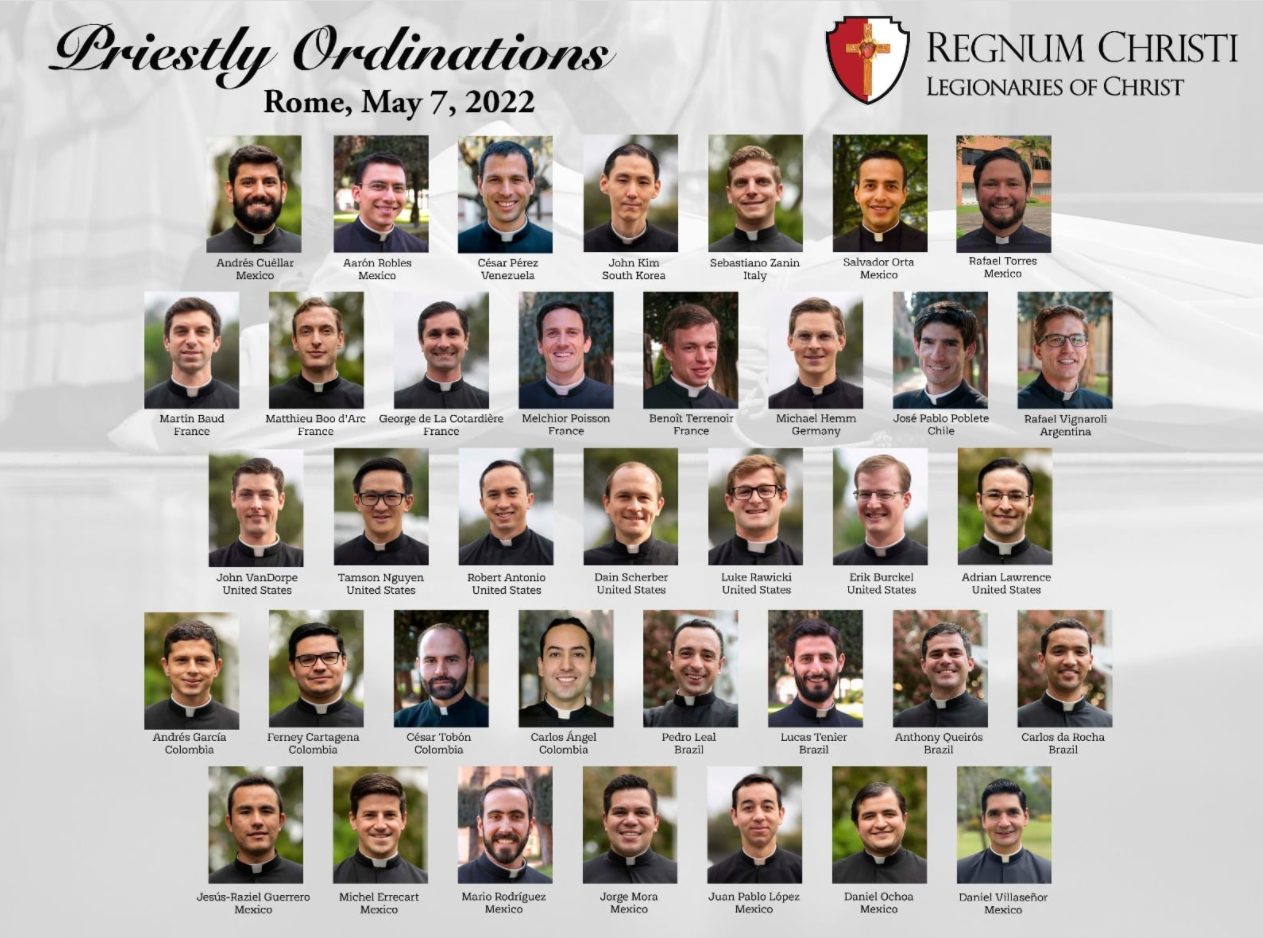