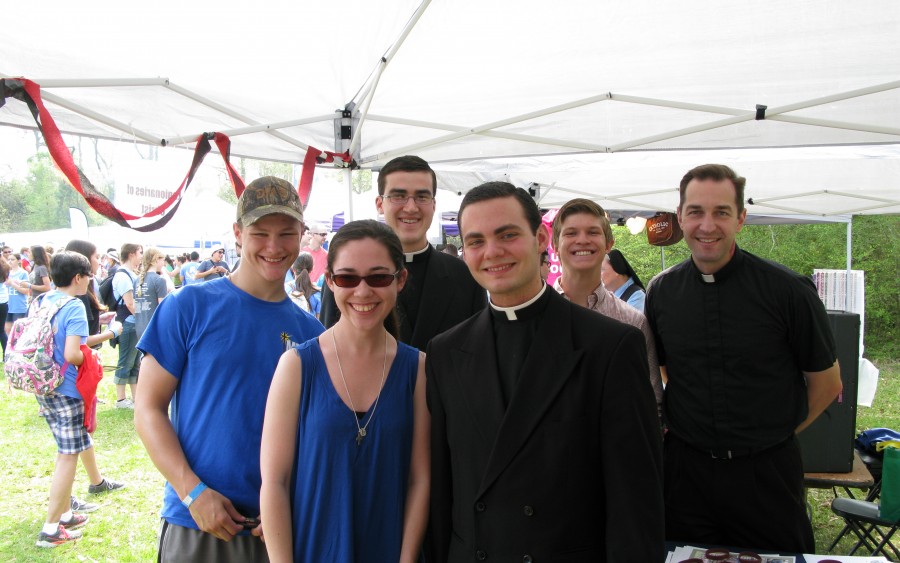 Over 4,500 teens and young adults attended the event. Fr Robert DeCesare and Fr Jacob DuMont, members of the Legionary community in Mandeville, Louisiana, helped with confessions as well as dedicating some time at the Legionary of Christ and Regnum Christi booth. Br Joseph Ory and Br Ben Richard, two Legionary seminarians originally from Louisiana and both currently studying humanities in Cheshire, CT also came to help at the booth. Yvonne Nuxoll and Kate Bozsik came to represent the Consecrated Women.

Archbishop Gregory Aymond presided the concluding Mass in the late afternoon. At the end of the Mass he invited the young men and women who have considered a possible call to the priesthood or religious life to come forward and receive a blessing, an invitation which a large number of them responded to.