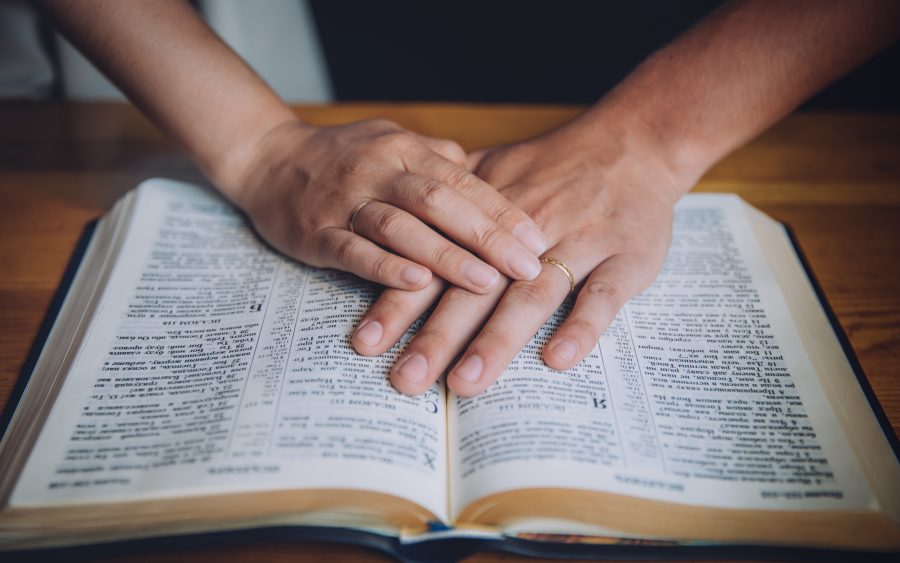 It is the biggest decision in the life of the person who makes this decision: marriage.  Who to marry…when to marry…where to marry…and myriad subsequent other questions in a life when two people become a couple.

In the movies and romance novels, love is enough to get a couple through anything and everything. Real life is a bit more complicated. And the solution to a successful marriage may have much to do with time and attention.

Two of the most common events in the lives of people in western culture are marriage – and divorce, according to the American Psychological Association. More than 90 percent of American marry by age 50. About half of those marriages end in divorce. Second and third marriages have a high failure rate.

Writing in Psychology Today, Scott M. Stanley looked at several studies on why marriages fail.  The reasons are fairly predictable but still tragic: 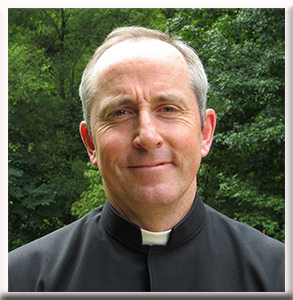 Fr. Martin Connor, LC, doesn’t refute the challenge any of these issues can create. But he suggests the problem is both deeper and simpler (to state not to fix): people simply aren’t intentional about marriage.

Fr. Martin Connor, LC, was born in Baltimore MD, grew up near Annapolis, one of eight children, the last two of which are Legionary priests. He has worked with many married couples over nearly two decades as a priest. For a taste of his views on making marriage work, his seven-minute talk is a good place to start. But the next step for a couple that wants to be happy and successful in marriage might involve 25 hours.

“I realized five years ago – after working with lots of people – that couples weren’t being intentional about their marriages,” Fr. Connor says. “I decided to try a weekend marriage retreat in Atlanta, where I work, but for many people it was tough to make the time.  So we cut it to 24 hours, later expanding to 25 hours to add some content. We start at 3 p.m. on Saturday and wrap up at 4 p.m. on Sunday.”

The fact that few couples were able (or willing) to devote an entire weekend to a marriage retreat may be evidence of the problem. Couples spend time on their jobs. They spend time attending sports and school activities with their kids. They engage in volunteer work. They take exercises classes. They care for aging parents.

What couples don’t do is spend a lot of time on the things that really strengthen marriage and family. They don’t give the marriage time and attention.

“Marriages suffer from the distraction of the primary by the secondary,” Fr. Connor warns. “Today’s frenetic lifestyle is sinking the priorities of marriage and family. Families don’t have dinner together. Married couples don’t have date nights.”

This is a concept that marriage experts appear to agree on, although it may not get as much attention as sex and money. In “Ten Secrets to a Successful Marriage”, Focus on the Family suggests “the grass is greenest when you water it.” In other words, successful couples put energy into making themselves and their marriages better.

The Atlanta retreats have drawn nearly 200 couples so far, with the next retreat planned for March 30-31, 2019, at the Winshape Retreat Center in Rome, GA.(This is a beautiful location with excellent accommodations and great food – promises Fr. Connor.)

Fr. Connor explains that participation is limited to 25 couples to allow for plenty of attention for each couple. The schedule offers talks by Legionaries of Christ and lay Regnum Christi couples who are part of the “retreat team.”

One of the team couples, Chris and Lucy Daniels, believe that participating has strengthened their own marriage as well as allowing them to help others.

“We are blessed to be a part of the 25 Hr Retreat team with the goal of giving couples time to realign their marriage so that Christ remains in the center,” Lucy explains. “We hope couples can come away with the assurance that yes sin enters marriage, but, there is hope of redemption through the love Christ has for us. Included is couple testimony, time for personal couple discussion, sacraments, renewal of wedding vows and practical tools to help couples be vulnerable with each other and move towards an abundant marriage.”

“We use the ‘creation/fall/redemption’ model in the retreat,” Fr. Connor explains. “Simply put, we talk about the ideals of marriage, the ‘sins’ that bring trouble into the union, and the power of grace to get back on track with God’s plan.

“It is a relaxing the Christ-centered time with some powerful moments. For example, each couple comes before the Blessed Sacrament and embraces the monstrance together. There is a renewal of marriage vows. There is peaceful time for serious reflection.”

Father points out that the retreats draw people who have been married anywhere from six months to 40 years. About a third of the couples are Regnum Christi.

“Sometimes the RC couples are the ones who need the retreat the most,” Fr. Connor admits. “They tend to be the busiest of people and sometimes there is extra strain when one of the spouses is Regnum Christi and the other isn’t.”

Father says couples come on the retreats for many reasons, but it is rare that a couple comes because they are deeply determined to work on their marriage. However, after 25 hours the determination may have emerged, typically showing up in the open comments at the end of the retreat.

“One guy at the end did a complete confession of how lousy a husband he had been, how saintly his wife had been, and he was committed to being the man her deserved,” Fr. Common shares. “Sometimes it is something simple, like a couple committing to attend Sunday Mass together.”

Fr. Connor hopes the 25-hour model will have a meaningful impact on marriages. To make the retreat have a lasting effect, couples are organized in teams geographically and encouraged to get together socially a few weeks after the retreat.

The retreats strongly support the spiritual and formation dimensions of Regnum Christi. Couples are strengthened in their vocation to marriage, making them better able to bring the faith to others.  And the evangelizing power of the 25-hour is likely to increase as it spreads to other parts of the country.

Father Martin.has invited couple from other localities to participate and several other localities are eying similar events. He also stressed that working with married couples is important in strengthening his vocation as a priest.

That might sound counterintuitive; people often ask what a celibate priest can possible know about marriage. Father Connor suggests that after many years working with married couples he know a great deal. But each vocation – marriage and celibate religious life – share the commitments of love and fidelity.

“The marital and celibate vocations support each other,” he says. “Commitment in one vocation is a positive model for commitment in the other.”

Photo by Jose Aragones on Unsplash