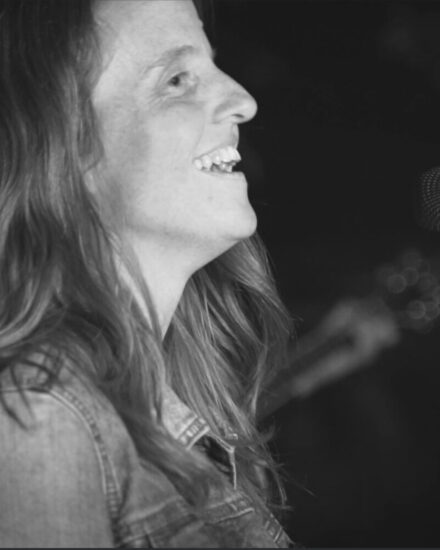 For Jill Swallow, music has always been an important part of her life, since even before she was born – her mother frequently sang to her while she was pregnant with her, and many of Jill’s earliest memories are of her mother singing, and inviting her to sing along. Jill went on to sing in choirs and musicals, as well as play the piano and trumpet. When, in 2001, Jill became a Consecrated Woman of Regnum Christi, her love of music and her musical talents found a new purpose and direction, and she began singing at Mass, in choirs, and at special events, eventually collaborating with other consecrated women to write, perform, and record original music.

Recently, Jill has joined the Regnum Christi Music Collective, a new initiative begun last year by two Legionary priests, Father Jaime Lorenzo and Father John Klein, with Emily Roman, a Consecrated Woman of Regnum Christi. RC Music Collective has as its goal to bring together Legionary priests, consecrated women, and lay Regnum Christi members to create and share uplifting music that expresses and transmits the charism of Regnum Christi. As a fellow musician, Jill had been in touch with the individual members of RC Music Collective over many years, and she was thrilled when her schedule allowed her to join them this past spring – in April, the Collective met in Atlanta for song-writing sessions and planning meetings for future initiatives, both of which Jill describes as being “exciting and fruitful.”

One of the fruits to come out of those April planning meetings was the Music and Evangelization Retreat, held on the weekend of May 21-23 at Bocamb Farms in Covington, Louisiana. The idea for the retreat came from the call that the members of the RC Music Collective felt to use this apostolic initiative as a way not just to evangelize through music, but to encourage and to form other musicians to do the same. “We really felt the call to go beyond just the recording of an album – we wanted to actually put into practice our Regnum Christi charism, which is the formation of apostles,” explains Father Jaime. “Instead of just being the performers, we are the formators. We don’t just perform, we form.”

Father Jaime worked with Greg Boudreaux, co-director of The Vigil Project, a group dedicated to producing and supporting the creation of music that aims to deepen the experience of the Sacraments and the liturgical seasons, and help restore devotional prayer in the Catholic Church. With Greg’s resources, expertise, and enthusiasm, and with the help of the Holy Spirit, a retreat was planned for the weekend of Pentecost, only two months away. Father Jaime and Greg agreed that the main goal of the retreat would be to give participants the opportunity to grow in their appreciation for the gift of music in their lives, and to discern and pray about how God might be calling them to use this gift to evangelize culture through music, and to better serve the Church.

The Music and Evangelization Retreat hosted 23 musicians from across the United States and the globe – there were participants from the Philippines, Mexico, and Chile who attended the retreat virtually, despite the difference in time zones. The retreat opened with the opportunity for the musicians to come together in prayer using their musical gifts. “From the very first night, we united in a prayer through song to open our first session, and you could immediately experience in the room that we were a unified group,” says Jill. “There was such a sense of community and family from the very beginning.”

The spirit of collaboration and shared mission that took the idea of the Music and Evangelization Retreat from dream to reality in just two short months continued throughout the retreat; participants gathered in small groups, called collab groups, to work together to write a song that they would then perform at the end of the retreat (the participants who attended the retreat online worked together as a virtual collab group). Hearing these original songs was one of Jill’s favourite parts of the retreat experience. “It was amazing to see on Sunday morning what the Holy Spirit had done, and to watch each collab group get up and share with the rest of the group, with such simplicity and joy, what they had come up with,” says Jill. “You could just feel the joy and excitement in the room as each group went up and everyone cheered them on, and we really gave praise and glory to God for all that he had done in our hearts.”

Father Jaime agrees – witnessing the creativity that rose up from a sense of community and shared purpose among the musicians was, as he puts it, like “seeing their testimony of joy”:

“For me, the highlight of the retreat was just to meet all these people from different areas who have in their hearts the same desire to evangelize through music, musicians who are really wanting to use their gifts to spread the message of our faith of the Gospel and of God’s love. The whole mix of these people who were united through our faith and through our musical dreams and gifts just came together in such a deep way. When we put our gifts together for God, awesome things happen.” 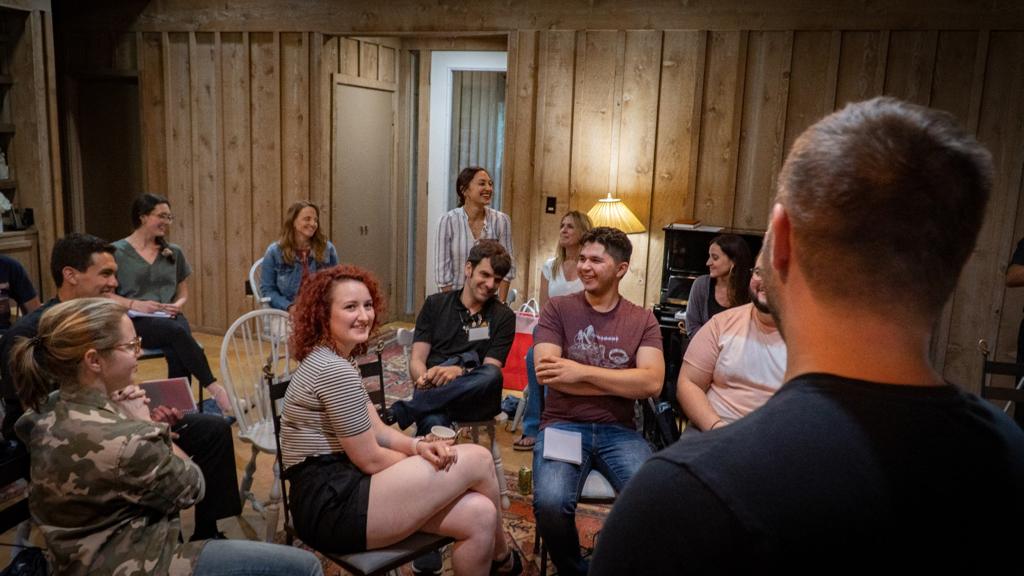 Besides opportunities to collaborate to create original music, and for individual and communal prayer, the retreat included daily Mass and Saturday evening adoration, as well as moments of stillness and silence in nature for reflection and inspiration. Every morning, the participants would meet outside by the pond while the dew was still fresh on the grass to pray Lauds together; at other times, people took time to go for walks or simply sit in silence outside. “You just knew that people were quieting their hearts to seek the Lord, to listen to his voice, and to be inspired,” says Jill.

The retreat also provided much-needed time for the participants to share both the difficulties and joys of being a musician, and the longing to offer those gifts at the service of God and the Church. “We talked about the struggles and challenges we face as musicians, the temptations, the areas where we need to surrender ourselves and our gifts more to the Lord, in order to make a purer offering to him,” says Jill. “It’s always helpful when people who share the same gifts and passion come together to inspire and encourage each other. I think many of us felt understood and like ‘I’m not alone in this,’ that it is important that I recognize my weaknesses and offer that to the Lord so that he can continue using me as an instrument – pun intended! – of his glory.” 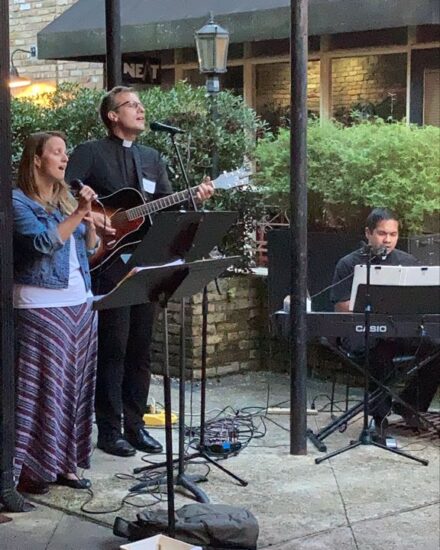 Jill recently joined Father Jaime and the other members of the RC Music Collective, including two new lay Regnum Christi members, in Nashville to record some of the group’s latest songs, and she continues to discern how God is inviting her to use her gifts, both locally and nationally, to inspire, evangelize, and form apostles. Currently, she is living in Houston, Texas, serving youth and young adults through retreats, mentoring, spiritual direction, and other formative activities. To find out more about RC Music Collective, check out their website at rcmusiccollective.org, like them on Instagram or Facebook, or visit Regnum Christi Music, the official YouTube channel for Regnum Christi around the world.