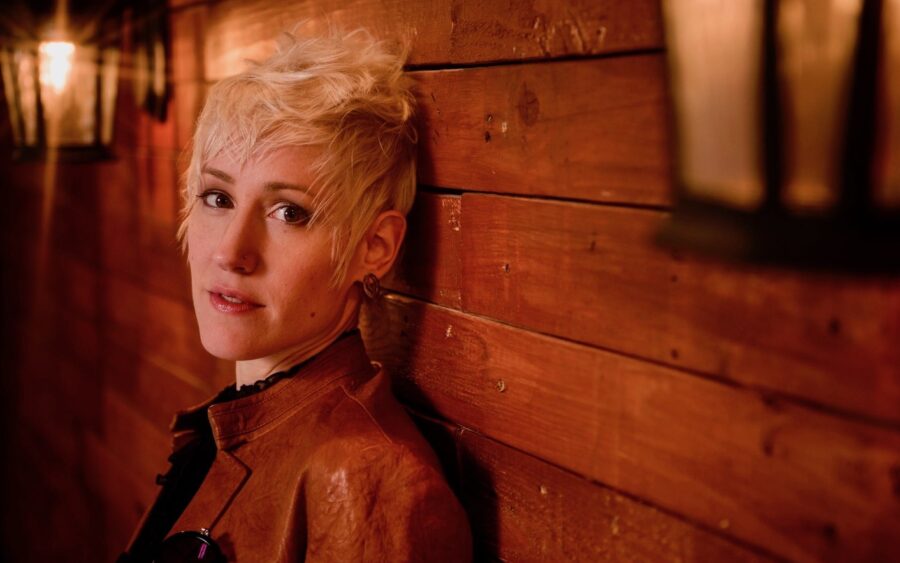 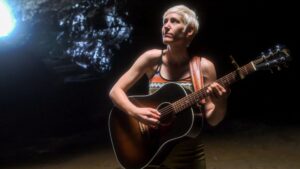 Nashville singer-songwriter, Rae Hering, knows what it’s like to wander far from the Church. Raised in a Catholic home in Minneapolis, Minnesota, Rae moved to Nashville to study piano and composition at Belmont University, where partying and playing music took priority over attending Mass. For years, Rae ignored her Catholic faith, focusing instead on establishing her music career, until a close member of Rae’s family took his own life. Through the processing of this enormous personal loss, and the patient and prayerful intercession of her parents, Rae made her way back to the Church, participating in RCIA classes to refresh her knowledge, praying the rosary and attending Adoration, and, ultimately, returning to the Sacraments.

After having spent over a decade – and all of her adult life – away from the Church, Rae was looking for something to deepen her newly restored faith. It was at this time that she spotted an announcement in her parish bulletin for an upcoming Spiritual Exercises, hosted by the local Regnum Christi section, and signed up. During the weekend, Rae, through the accompaniment of Catherine Vendetti, her spiritual director during the retreat, confronted an emotion that was relatively new to her as a busy Nashville musician – loneliness. “I had lived for thirteen years in Nashville as a non-Christian and I had plenty of really great friends, but I didn’t have any close Catholic friends, and in that sense, I was feeling really lonely,” explains Rae. “Being new to being back in my faith, there was a part of my life that I couldn’t fully share with anyone. I realized just how much I needed Catholic community in my life.”

Rae found that community in her local Regnum Christi section, and began attending weekly encounters with a newly created team, and discerning becoming a member herself. “Through the weekly encounters, I was able to learn more about what RC really is and I was able to experience these Regnum Christi Nashville women who were so attractive because they allowed Christ’s light to shine through them, and I just wanted to be around that,” says Rae. “I just thought, man, this is my community right here.” At the following Spiritual Exercises, one year after she had attended her first silent retreat, Rae became a member of Regnum Christi. 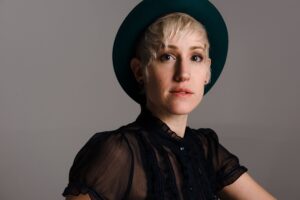 At the same time as she was returning to her faith and to the Church, Rae had begun to question her goals as a professional singer-songwriter, and the course that her music career had been taking over the past few years. “I realized soon after becoming a Christian again that my music career was kind of taking over my life. I felt like I was in this rat race that I didn’t know how to get out of, like I was constantly doing, doing, doing, and yet I wasn’t doing enough,” says Rae. “I felt deeply unhappy, and I realized that Jesus didn’t want me to live this way. He died on the cross to bring me joy in my life, and I didn’t have a lot of joy.” Rae began to pray for God’s guidance in her music career, surrendering her talent and her professional dreams to Christ, and consecrating them to Mary.

As a professional singer-songwriter, Rae had always been inspired by a wide variety of human emotions, but as a renewed Christian, she was hesitant to translate her new faith experience into music. Although she believed that faith-inspired music was a powerful means of worship and conversion, her own experience of Christian music during her years away from the Church had not been entirely positive, and she was resistant to writing Christian songs, or writing from her newfound Christian perspective. However, when Rae was approached by her section to prepare several songs for the upcoming Spiritual Exercises, she agreed. And after selecting a few familiar liturgical songs, Rae decided to write one of her own. For Rae, this opened up a new and authentic path not only in her own spiritual journey, but in her musical career as well. “Regnum Christi is the whole reason that I wrote my first Christian song,” says Rae. “God used this opportunity in Regnum Christi to break down a spiritual barrier in my heart, and to open a new door.”

Since then, Rae has been fearlessly writing unique music that explores the entire human experience, including the spiritual aspect that she had been hesitant to approach. This Easter, she released her first Christian song, called “Closer to Me,” which tells the story of the death and resurrection of Christ in a uniquely personal way. 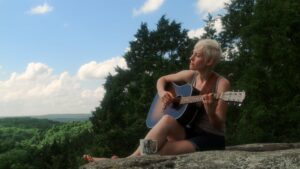 By telling the story of the Christian experience in a new and intimate way, Rae hopes to create faith-inspired music that is intriguing and inviting to all listeners, regardless of where they are in their faith. “When I had heard Christian music during the time period when I was away from my faith, I just remember feeling really unwelcomed by it,” says Rae, who is quick to add that her resistance to Christian music had less to do with the music genre itself, and more to do with her ongoing internal battle with her own spirituality. “When I started writing Christian songs, though, I wanted to write them in a way that even people who might not be Christian might enjoy, or feel like they can get something out of, even if it’s just the fact that it’s a good story,” says Rae. “I want my Christian music to be welcoming to people in all walks of the spiritual journey – I think there might be a need out there for that.”

For this reason, Rae considers writing and performing songs, even those that are not overtly Christian, as more than simply her career: it’s her apostolate. She hears often from people who’ve been touched by her music, whether it’s helped them through a difficult time, or opened up to a new way of seeing an old story or hearing an old message. This is why Rae loves performing and hearing from her listeners how they experience her music in their own individual ways:

“Even if you think what you have to say has been said a million times, and isn’t all that special, that’s just simply not true – you don’t know what someone needs to hear at a particular time. Music has the ability to elevate a message or an emotion or a story and hit the listener in a way that is unique to them and their life. That’s why I love being in music – the song begins with me, but it ends with you.”

And Rae credits this new purpose in her career – to create music that is both edifying and inviting – to her vocation to Regnum Christi, and particularly its call to apostolic mission. “I was able to think about what was needed from me musically, rather than what I wanted for my musical life,” says Rae. “That helped me to really step outside of myself and opened me up to new possibilities of what God might be asking of me and my music.”

You can listen to Rae’s music on Spotify, Apple Music, YouTube or follow her on Facebook (where she occasionally livestreams concerts), Instagram, and Twitter. Or become a SunRae on Patreon for exclusive access to new music, downloads, and livestreams! Visit Rae’s website at raehering.com to book her to play at your next (online or in-person) retreat, or to inquire about (online or in-person) piano lessons. And stayed tuned for the release of new Christian songs coming soon!