Friday in the Octave of Easter

Jesus revealed himself again to his disciples at the Sea of Tiberias. He revealed himself in this way. Together were Simon Peter, Thomas called Didymus, Nathaniel from Cana in Galilee, Zebedee’s sons, and two others of his disciples. Simon Peter said to them, “I am going fishing.” They said to him, “We also will come with you.” So, they went out and got into the boat, but that night they caught nothing. When it was already dawn, Jesus was standing on the shore; but the disciples did not realize that it was Jesus. Jesus said to them, “Children, have you caught anything to eat?” They answered him, “No.” So he said to them, “Cast the net over the right side of the boat and you will find something.” So, they cast it, and were not able to pull it in because of the number of fish. So, the disciple whom Jesus loved said to Peter, “It is the Lord.” When Simon Peter heard that it was the Lord, he tucked in his garment, for he was lightly clad, and jumped into the sea. The other disciples came in the boat, for they were not far from shore, only about a hundred yards, dragging the net with the fish. When they climbed out on shore, they saw a charcoal fire with fish on it and bread. Jesus said to them, “Bring some of the fish you just caught.” So, Simon Peter went over and dragged the net ashore full of one hundred fifty-three large fish. Even though there were so many, the net was not torn. Jesus said to them, “Come, have breakfast.” And none of the disciples dared to ask him, “Who are you?” because they realized it was the Lord. Jesus came over and took the bread and gave it to them, and in like manner the fish. This was now the third time Jesus was revealed to his disciples after being raised from the dead.

Introductory Prayer: Lord, you are the source of all life because you are life itself. Your resurrection gives me the hope of being raised from the dead to rejoice with you forever in heaven. I need to dwell more often on the good you have done for us and on your promises to those who put their trust in you. Thank you, Jesus, for taking up your life again and leading the way home to heaven. I love you, and I want to follow after you with all my heart. I want to cooperate more fully with you in bringing many others there with me.

Petition: Lord, grant me the grace to seek your mercy and offer it to others.

1. I’m Going Fishing: In a meditation earlier this week we saw how the two apostles, Peter and John, entered into the tomb. Scripture notes that John believed, yet it is silent on the subject of Peter’s faith (cf. John 20:8). Peter had to resolve something in his life before his faith would completely commit him to Our Lord. In his heart Peter is mulling over his past infidelities. When men feel uncomfortable in situations, they tend to seek out familiar, daily securities that can restore their self-confidence and worth. For Peter, that security was fishing, and so he goes, inviting along the other apostles who had also abandoned Our Lord in his passion. Perhaps their own discomfort is why they so readily joined Peter…. Do I have the interior wherewithal to turn back to Our Lord when I have offended him? Do I have a spirit of reflection, humility and courage?

2. True Friends Bring Us Back to Our Lord: Perhaps John entered the boat with different intentions than did Peter and the rest of the disciples. Perhaps this fishing trip reminded him of the previous trip that brought Peter to repent and declare, “Depart from me, for I am a sinful man, O Lord” (cf. Luke 5:1-11). Acting on this inspiration, John may have entered the boat to stay close to Peter until an opportunity of reconciliation would arise. The opportunity came suddenly when John spotted Jesus on the shore and shouted out, “It is the Lord.” John did not abandon Peter. Neither are we to abandon each other. We all have “baggage” in our lives. It’s comforting to have a friend who brings us back to the Lord. We also need to know how to approach others with humility and understanding to bring them back to the Lord. Am I friends to others like John was a friend to Peter?

3. From the Fire of Betrayal to the Fire of Mercy: As Peter arrived on shore he saw the charcoal fire. How it must have rekindled his sorrow of the night before Our Lord’s passion when, as he warmed himself by a fire, he denied Jesus by saying, “I don’t even know the man” (Matthew 26:72-74). How he must have wished he had said other words, like when he declared, “You are the Christ, the Son of the living God” (Matthew 16:16). Peter’s history, like ours, wasn’t always written with constant fidelity. But Our Lord invites all to the rich banquet of his mercy: “Come, have breakfast.” Our Lord returns kindness for evil, leaving us with a real and eloquent illustration of the Beatitudes (cf. Luke 6:27-38). The disciples didn’t need to ask him, “Who are you?” Three years of seeing Jesus forgive sins and cure the sick helped them to know Jesus as the Merciful One. Do I know him by that name?

Conversation with Christ: Lord, may I always understand that your act of redemption doesn’t end just with the forgiveness of my sins. It ends with my heart changed and willing to forgive and even to serve those who have wronged me. Allow me to spread your charism of love everywhere.

Resolution: I will do a significant but hidden act of charity to someone whom I find difficult to be with, perhaps even someone I consider to be my enemy. 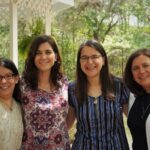 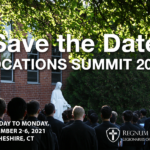