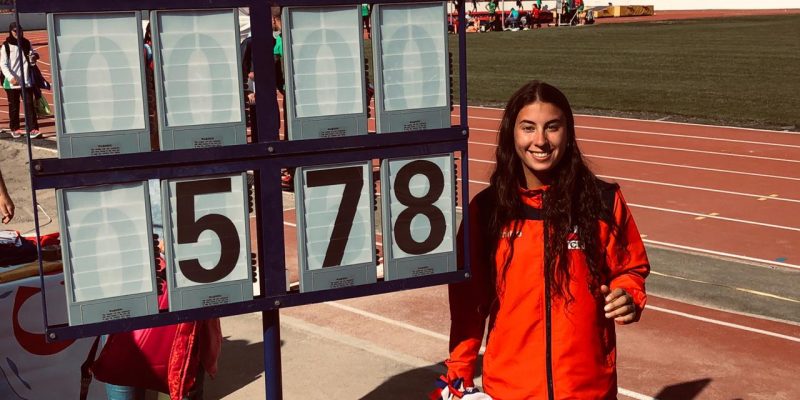 Luz Ankermann triumphed in long jump with a leap of 5.78 meters (18.96 feet). Her record jump beat 28 competitors in her group and 57 in the whole competition. Luz exclaimed, “We are quite happy because we thought we could get into the top eight and, in fact, we did. We still want more, but we are very happy because almost all of us managed to make our personal bests and we surpassed what was expected. My personal best was waiting for me because all this semester I was very consistent and I had done well.”

Luz added, “I knew I was at my best and that in a World Championship, with motivation and a bar like the one we had, I could make my best jump. I think this will help me a lot for the heptathlon, which is the competition that I want to continue to do throughout my life. This achievement motivated me quite a bit and I want to continue competing once I leave school, although I know it will be difficult.”

In all, 12 athletes from Regnum Christi schools represented Chile in the World Schools Championship. They had each qualified as top athletes in the Grand Prix of UC School Athletics in 2018. The Regnum Christi schools from Chile gained 695 points by the end of the competition and were only 73 points behind the champion Sportgymnasium Magdeburg from Germany.

You can read the original on Regnum Christi Chile.