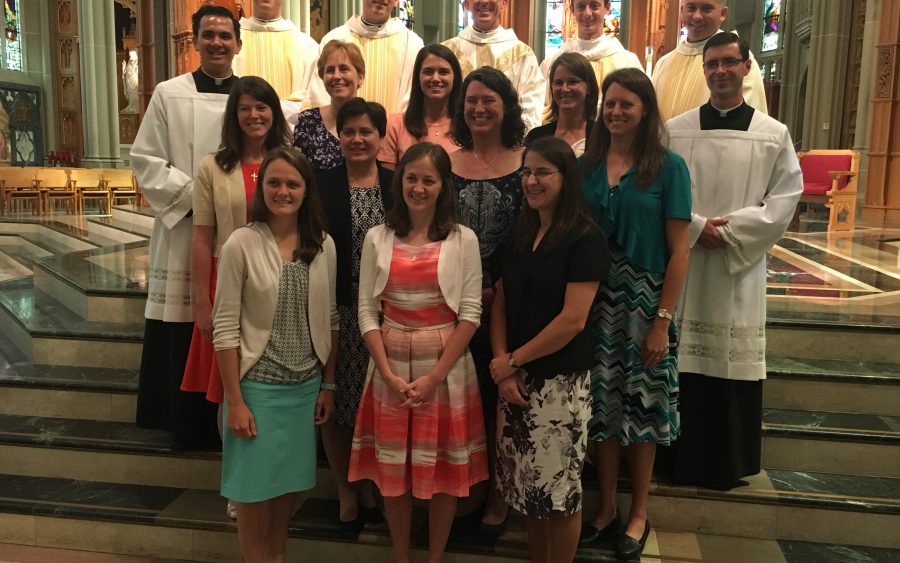 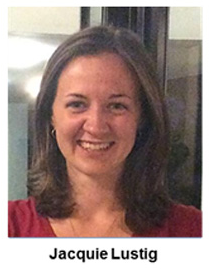 One day, some years back, when Jacquie was still in her years of formation at Mater Ecclesiae College where I was one of her professors, I noticed that she was a little droopy, an unusual departure from her cheerful, vivacious ways. When questioned she mentioned that she missed the farm and her family. It wasn’t a complaint, just matter of fact. The effects of experiencing lots of love and happiness growing up and then answering a mysterious call from Our Lord to spend all the love of her soul on Christ and the people he will put in her pathway. At the time, she struck me as someone who is mature: who experiences the pain of her sacrifice but embraces it out of love.

It gives deep satisfaction to know that seven years have passed between Jacquie’s first temporary vows and yesterday’s solemn renewal of vows. She has reflected, prayed about and looked forward to this moment for a long time. The step she took yesterday was freely taken with a joy that was contagious. And what an appropriate setting!

First there was the light streaming in through exquisitely crafted, stained glass windows at all levels; the high vaulted Gothic ceiling and Rose window. (The case has been made that the Cathedral Basilica of the Assumption in Covington Kentucky is one of the most beautiful Churches in the United States.) Next began the lilting musical preludes by some of our own Consecrated Women of Regnum Christi, and Jacquie’s younger sister, Taylor, accompanied by a flute and violin. 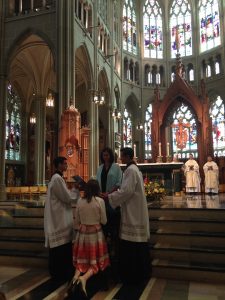 During this time I gazed around me, contemplating the words I had just heard Jacquie say to the priest in charge of the cathedral: “When I enter this church I feel like I am entering my own soul”. Immersed in such stunning beauty and delightful music I reflected to myself: “Yes, I believe Jacquie’s soul would look this way!”

Then there was the joy that came from sharing this moment with Jacquie’s parents, grandparents, siblings, in-law and “in-law-to-be”, niece, nephew, fellow consecrated, Legionaries, other Regnum Christi members and friends: about 270 people in all.

Parents have been endowed by God with an extra-ordinary power of blessing their children (Think for example of the blessings given by the Patriarchs Abraham, Isaac and Jacob to their children.) Well aware that this power is heightened on significant dates, Jacquie requested a special blessing just before Mass, at the back of the Church: an intimate moment between her and her parents.

Yes, she wore a pretty dress, but her hair hung down without any special adornment. She beamed as she walked, with the simple, affable, farm-girl air that we all know to be hers.

During the reception that followed, I was touched most by the words given by Jacquie’s father, Dominic Lustig: “You have sowed the seed and waited patiently. You are a farmer of souls. I am proud of you.”

Perhaps the most tears in the room were shed when Jacquie got up to speak. She wasn’t trying to make people cry, she was just sharing with all the warmth of her heart how much she loves the life that Christ has invited her to embrace: “I love my vows! I love poverty, I love chastity, I love obedience.”

One of the prelude songs to Mass captures the winning sentiment of the day: “How Beautiful”!

Many thanks to all those who helped make everything turn out so well. Thanksgiving is also in order to Our Lord for the precious gift of Jacquie!