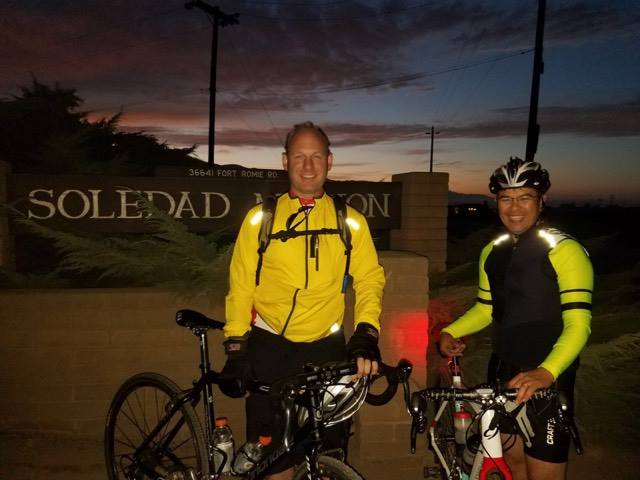 Fr. Thomas Vendetti, LC, got his idea to start pilgrimmages along the California missions trail after a friend told him about walking the Camino de Santiago in Spain. 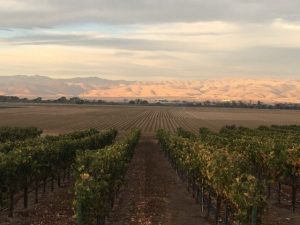 Scenery on the California Camino

“Before I moved to California, I was in Chicago,” he explains. “Fr. Bruce Wren, LC, had just gotten back from doing the Camino de Santiago. We were discussing where to do community vacations, and Fr Bruce suggested we go to California to walk the missions, but it never happened … A year later I was transferred to California and I started to look into it. The road that connects the missions is called the Camino Real [The King’s Path], and I thought it would be great to have a Camino in the States like the one in Spain. There’s such a beautiful history and evangelizing presence around those missions.”

Fr. Thomas has been doing different bike rides between the missions in recent months and so far has covered ten of the 21 missions. Some days he’s visited as many as four missions in a day – obviously, a longer ride – while other days he just goes between two with a small group. St. Junípero Serra is buried at the Carmel Mission of San Carlos Borromeo near the center at Carmel. St. Junípero’s tomb would be the goal of the pilgrimage. Fr Thomas is planning to follow a northern route one year and a southern route the following year. For his own pilgrimage, Fr. Thomas has completed the northern route from San Francisco Solano in Sonoma County to Carmel.

“California has such natural beauty and the climate is favorable most of the year,” noted Fr. Thomas, “so it is perfect for a hiking or cycling pilgrimage of a Camino.” 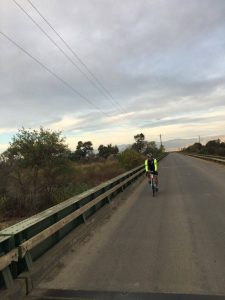 Fr. Thomas is also planning a walking pilgrimage next summer, June 24-July 1. He plans to go with 30 youths, walking to some missions, taking a bus to others and stopping to do service projects on the way. The plan is to walk the last five miles from the Cathedral (original mission site) to the tomb of St Junípero for his feast day on July 1 as the conclusion to the pilgrimage.

When he began investigating, Fr. Thomas found out about Ron “Butch” Briery, one of the men who started the current movement to walk or bike the missions back in 2011. Ron walked the 850 mile journey over 56 days, then wrote out how to do it and what you’ll see in his book, “CALIFORNIA MISSION WALK: The Original Hiker’s Guide To California’s 21 Spanish Missions Along El Camino Real.” Briery said he was inspired by Fr. Richard Roos, who did the walk in the late ‘70s and wrote the book “Christwalk” about his experience.

Briery notes various reasons for doing the walk: “Some do the walk for the physical challenge, some to embrace history, some for the spiritual connection to St Junípero Serra whose remains are at the Mission in Carmel, and others relish the opportunity to do some quiet soul searching.”

Briery points out that it isn’t easy. Comparing it to the usual route used for the Camino in Spain, he says the Spanish route is easier, and California lacks infrastructure. “Although there are lots of places to eat or sleep in the Southern portion,” he notes, “there are long stretches without stores, water and places to eat or sleep between Mission San Miguel and King City.” The California Mission Walk usually also means carrying a tent to camp some nights. Also, since the original Camino is now sometimes on freeways, alternates – side roads – need to be used for parts.

According to Briery, about 24 people have done the whole journey following his guide – either all at once or in stages – and Fr. Thomas knows over a dozen of them. There are more than 500 people in a Facebook group of California Mission Walkers. 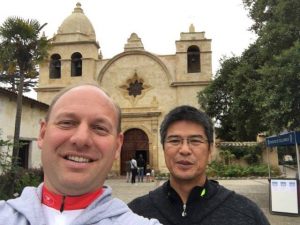 Fr. Thomas Vendetti, LC, and a pilgrim on the California Camino

Talking to Fr. Thomas, Briery emphasized the history of these missions, which adds to their value. The Jesuits had established mission in Lower California (now part of Mexico), but were kicked out in 1768 due to European politics. The Franciscans and Junípero Serra took over and extended the missions into Upper California (the US State of California). St. Junípero Serra and the governor, Gaspar de Portolá, set out together to found missions and presidios (military outposts).

They established a mission in San Diego on July 16, 1769, which depended on food coming by boat from Mexico. At one point they were out of provision and thought they needed to abandon the mission, but Junípero Serra proposed they pray a novena for the Feast of St Joseph, March 19. On that day, the boat arrived and they were able to continue the mission.

They later moved up and established a mission in Monterrey. However, the missionaries were concerned about the way some soldiers were mistreating native women around the mission, so they moved five miles south to Carmel, which Junípero Serra called home till his death in 1784. St Junípero founded nine missions during his life and 12 more were founded later on to make the current chain of 21 missions.

All the missions remain where they were founded. They are a day’s journey on horseback apart – about 30-40 miles apart – and generally close to the shore, adding to the beauty of the pilgrimage route.