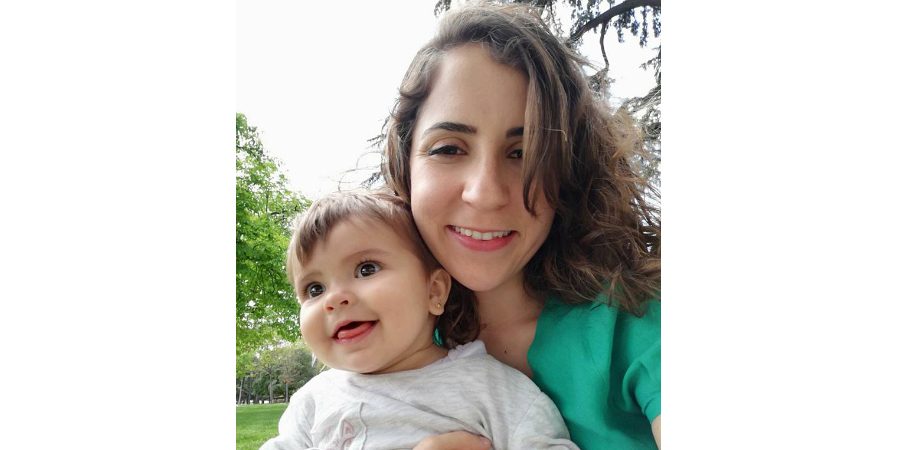 Priscila Jiménez – Piko, as her friends call her – gives a testimony about the blessing for pregnant women at the Mother’s Day Mass. The importance of community in Regnum Christi and at the Francisco de Vitoria University is shown by her testimony.

Piko is a former student of the university and now works at the Colegio Mayor Francisco de Vitoria. She found out two weeks before that she was pregnant but had not told anyone of this great news yet. The announcement of the blessing for pregnant women took her by surprise, and she wanted to share the feelings she experienced that day:

I found out I was pregnant two weeks before Mother’s Day. In the Mass that the university celebrated for this date, when the priest said that all the pregnant women should come up, he took me by surprise and I became nervous. I had not told anyone.

I hesitated to come forward but I said: “How am I going to deny a blessing to my baby?” Since I knew I was pregnant, I have been blessing my belly every night before going to bed. For me, this moment was beautiful because I was letting God bless my child through a priest, and I also felt the support of those who were there. I feel that when you enter the chapel, you are part of the whole, and they form part of what you are living with your prayers. Thus, I feel the support of my blessing every night from all those who were present.

After the Mass, everyone came to hug and congratualte me, they did not believe it. In fact, some murmured at the time of the blessing: “No, Piko, only those who are pregnant.” They thought I was wrong. I was so excited to go forward because until you’re told someone is pregnant you don’t believe it, then I got emotional and I cried.

You can read the original on the Regnum Christi site of Spain.