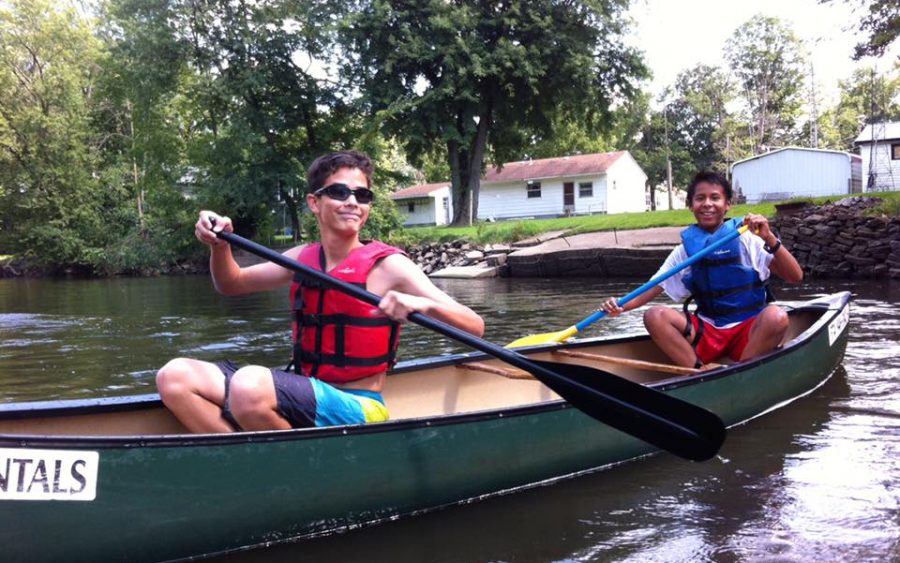 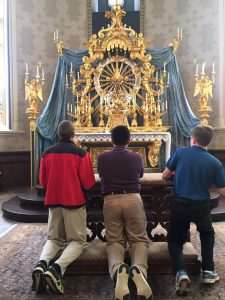 This summer, Sacred Heart Apostolic School had a number of events. The biggest two were camp Cristero and the Summer Program.

A man from Chicago who lives out in DC came back home for a visit and was doing a little sightseeing. As he crossed Millennium Park, some boys asked him to pray with them. The prayer lasted just a few minutes but afterwards, he told them that short moment of prayer just made his trip home.

This man people met some of the 47 boys taking part in Camp Cristero June 11-17 this year. This year they lived the last week of St José Luis day-by-day, reliving his last week, February 6-10, 1927.

Grayson Renbarger was one of the boys at the camp. He enjoyed all the different games but said “the best part was the slip and slide they put up behind the school.” He says the camp taught him discipline through keeping his things ordered and this was driven home when “brother pointed out in one of the meditations how sometimes we are asked to do things we don’t like but they help us grow more to be stronger.” 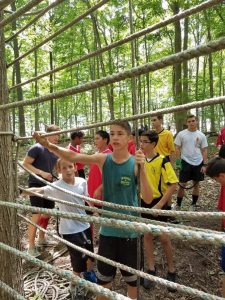 Throughout the camp, they would act out the scenes with some of the dads and counsellors dressing up as Federales, the soldiers who closed all the Churches in Mexico and killed José Luis. Under President Plutarco Elías Calles, Mexico adopted a series of laws restricting the Catholic Church that lead to the Cristero rebellion where ordinary farmers and merchants rose up against the government to have the churches reopened.

One day during camp while the teens were doing a rosary procession, they heard a few shots and then as they got to the chapel, it was locked and the several Federales were blocking the entrance and the chapel doors having locks on them. The boys were quite moved that under 100 years ago, not that far away, there was such persecution of the Church.

This was the 12th year for Camp Cristero at Sacred Heart Apostolic School: it started back in 2006 when there were diaconate ordinations at Sacred Heart. This year they had to close registration almost a month beforehand as they maxed out the number of teens they could take.

Fr Robert DeCesare LC, who ran the camp with Fr Ronald Conklin LC, explained the formation they give the young men. “One of the things we want to do at Camp Cristero is form apostles, we don’t just want a nice summer camp where boys have a good time. We’re looking to form young men who will be Catholic leaders and make a difference in the world.” 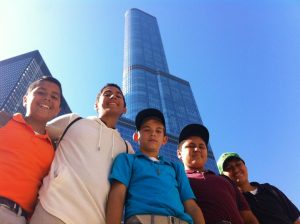 Alfonso also felt being there helped him form discipline: “The best part of the summer program has just been getting to know the routine here at Sacred Heart as I’ve never been able to have a consistent routine like that in the past.”

His brother Nico was impressed by the friendship. “You get to have a friendship between everyone that you wouldn’t have at a regular school because here you do everything together so it’s a much closer bond.” 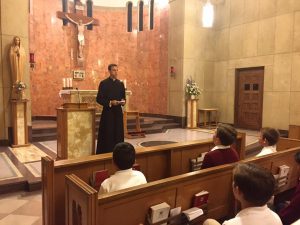 They are from a family with six kids. Nico felt like God was calling him since he was 8 years old but had to slowly convince his mom to let him go to Sacred Heart. His mom felt much more comfortable when Alfonso also wanted to go as he could watch over his younger brother.

The main goal of Sacred Heart is to provide an environment for young men thinking about a vocation to complete high school in an environment conducive to discernment. But it would be tough to go from never seeing it to being a full-time student.

To bridge this gap, most young men go through two steps. First, there are many opportunities to visit for a weekend or a little longer throughout the year. The second step is to participate in the summer program for 3 weeks: this year it ran July 22 to August 15.

This year 15 young men participated in the summer program with 11 of them deciding to stay on for the year. 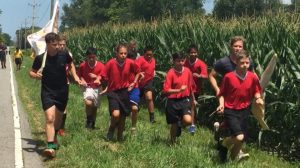 The program involves a lot of ordinary camp activities like sports and trips but also helps prepare the boys for life at Sacred Heart with daily prayer, a few classes and placement tests.

Connor Matthews, another young man there this summer, was impressed by the other young men there. He said the best part was taking a trip where, “We had a lot of time to get to know each other as a community… and we went and did a faith survey and learned about how others understood the faith.”

Connor would visit his older brother Michael who was a student at Sacred Heart. He was invited to the Summer Program back in 2015 but didn’t feel ready and this year, after praying about it, he feels like he’s ready for it. 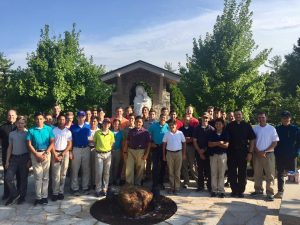 Stephen Doran came all the way from Calgary, Canada to the Summer Program. His dad directs Camp Arcatheos and his mom was really impressed he was willing to miss it this year for the summer program. When asked why, he responded, “Even though I’d be missing something fun, I realized I’d get more formation out of it.” In fact, he explained formation as the best part of the summer program: “The summer program was a really good opportunity for formation.”

Please keep these young men in your prayers as the 11 new students join 19 continuing students this year at Sacred Heart.

More information on upcoming events at Sacred Heart, including Camp Cristero and the Summer Program 2018 eventually, is available at their website.