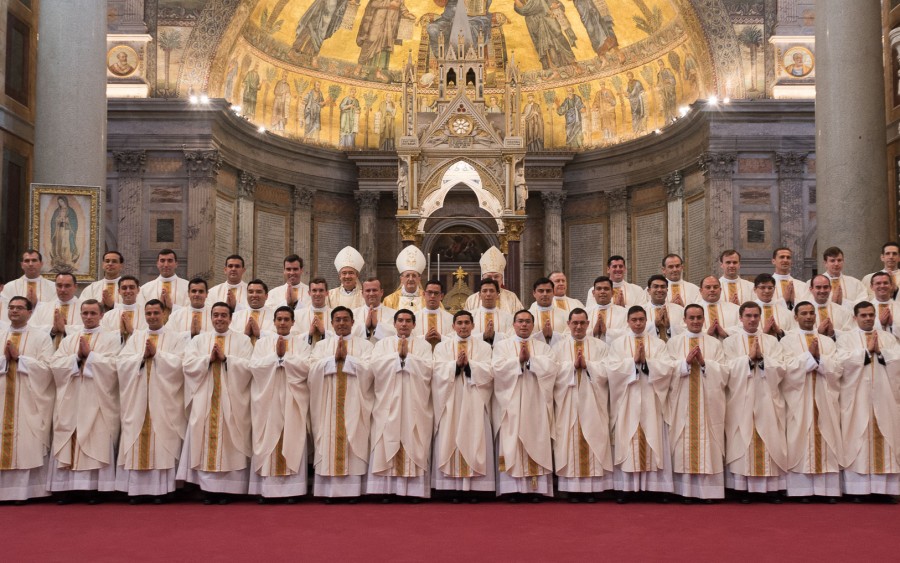 Rome, December 12, 2015 — Cardinal Beniamino Stella, Prefect of the Congregation for the Clergy, ordained 44 Legionaries of Christ priests in the Basilica of St. Paul Outside the Walls in Rome. There were close to 3,000 persons present, including friends and family of the newly ordained priests. In his homily, Cardinal Stella said the 44 new Legionary priests are “a gift for the Church and humanity,” and therefore there are “many reasons to rejoice today.” 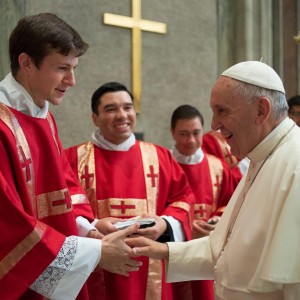 The father of newly ordained priest, Fr. Matthew Whalen, agreed that there was reason to rejoice. “This is a miracle. 17 years in formation, and now here it is.” Father Matthew’s mother, who passed away a few years ago, was “present, more than present, here today,” he said. Three years ago, Fr. Matthew sang the psalm at the ordination Mass of his fellow Legionaries, dedicating it to his deceased mother. Today, at his own ordination Mass – though it was difficult not being able to hug his mother at the end of Mass – he was able to offer her much more than a song; he was able to offer her his first Mass, the infinite sacrifice of Jesus Christ himself.

The homily of the Cardinal focused on three characteristics of a priest: “chosen from among men,” “constituted in the things which refer to God,” and “sent into the world.”

He invited the new priests to foster a relationship of love with Christ and to give witness of the Gospel through service to others. He reminded them that today the Church has entrusted them with a mission in which “God’s pedagogical itinerary has come to completion. Christ consecrates you to Himself in order to give you as a gift to everyone.”

The greatest gift a priest can give is Jesus, and today these 44 new priests were able to do just that. Having for the first time celebrated Mass and said the words of consecration, they were able to distribute Holy Communion to their parents. “It was after communion, when you talk to him, that is when it hits you and it gets emotional,” said the mother of Fr. Sameer Advani. 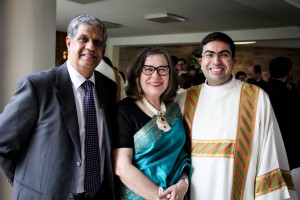 Fr. Sameer Advani and his family during his Deaconate Ordination

While the priests gave the gift of the Mass to their parents today, it is the parents who originally gave their sons the gift of the Faith. “When he and his brother were smaller, we used to light candles every night and pray together…not long memorized prayers, but prayers from the heart,” she continued. “I never prayed for Sameer or anyone, I just prayed for God’s will, and that we accept God’s will – which is the harder part!”

Though she admits that as a mother she had a part in Fr. Sameer’s formation, she claims that “everything comes from the Lord; you pray, and the Lord inspires…I remember it was Sameer’s second birthday and we went to their grandmother’s house, and when we lit some candles, they started praying. That comes from the Lord.”

For this mother of a newly ordained priest, seeing her son become a priest “is beautiful; you thank the Lord, you are humbled that He looked at your family at all. So you sit there in awe, gratitude, and praise…and then you start crying! But it is a joyful crying.”

“If there is a person made for the priesthood, it is Father Sameer,” remarked his father. “He could have chosen any profession, he was doing excellent in university,” so well in fact that he had a full scholarship. His father urged him to finish his studies, or at least do one more year, “but from the moment he stepped into Cheshire [the seminary of the Legionaries in Connecticut], … he told us ‘I don’t want to waste my time. I’ve found my home, I know what I want to do.’” 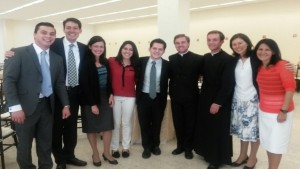 The Cardinal in his homily underscored precisely this point when he reminded the new priests that the priesthood is not a career, in which man is the protagonist, but is rather an initiative of God to which a man responds with love. “It is good for a priest to maintain, for his whole life, the awareness of having been chosen…of the grace of that ‘first love’ from which is born a desire to do great things.”

“To celebrate this priestly ordination at the beginning of the Year of Mercy helps us to experience the love of God which knows no limits. Each one of these new priests is called to be a living image of the merciful Father whom Jesus has revealed to us, by reaching out to those persons most in need, to those who suffer, to bring them the light of faith and the witness of love,” commented Father Ignacio Sarre, L.C., rector of one of the houses of formation of the Legionaries of Christ in Rome.

“We are very thankful to the Lord for these new priests,” said the General Director of the Legionaries, Father Eduardo Robles-Gil, L.C. “We have great hope in these young priests as we continue our path of renovation and service to others. It gives us great joy to see larger groups of men from countries such as Brazil and Colombia arrive to the priesthood, as they have much to offer our Congregation.”

The 44 new priests come from 11 different countries: Germany (2), Brazil (8), Canada (2), Colombia (6), Chile (2), Spain (2), United States (1), France (1), Italy (3), Mexico (16), Poland (1). They have obtained their philosophy and theology degrees from the Pontifical Atheneum Regina Apostolorum, and their period of study and preparation – about 12 years – also included 3 years of pastoral work in different countries around the world.

Each one of the 44 priests has published their vocation story on the website: http://www.regnumchristi.org/sites/ordenaciones2015/en/

The newly ordained priests are already exercising their ministry around the world.

You can read the text of the homily of Cardenal Stella (original in Italian, translations in Spanish, English, and Portuguese). 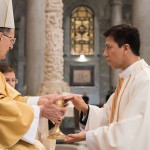 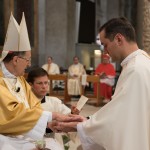 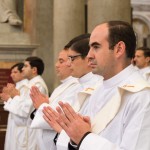 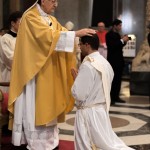 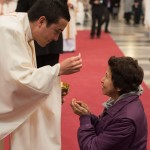 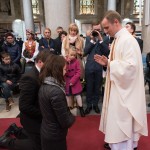 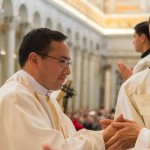 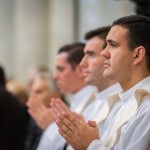 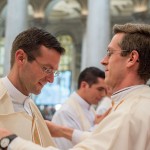 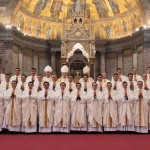 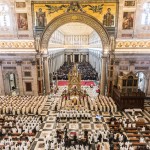 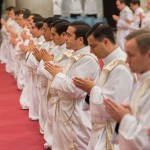 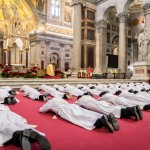 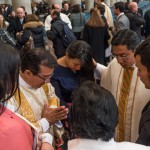 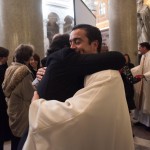 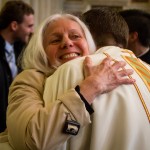 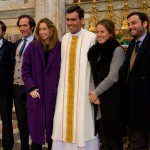 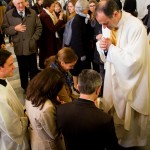 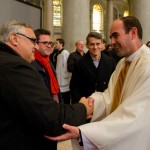 Names and Country of origin of the 44 Legionaries of Christ ordained priests the 12th of December, 2015 in Rome