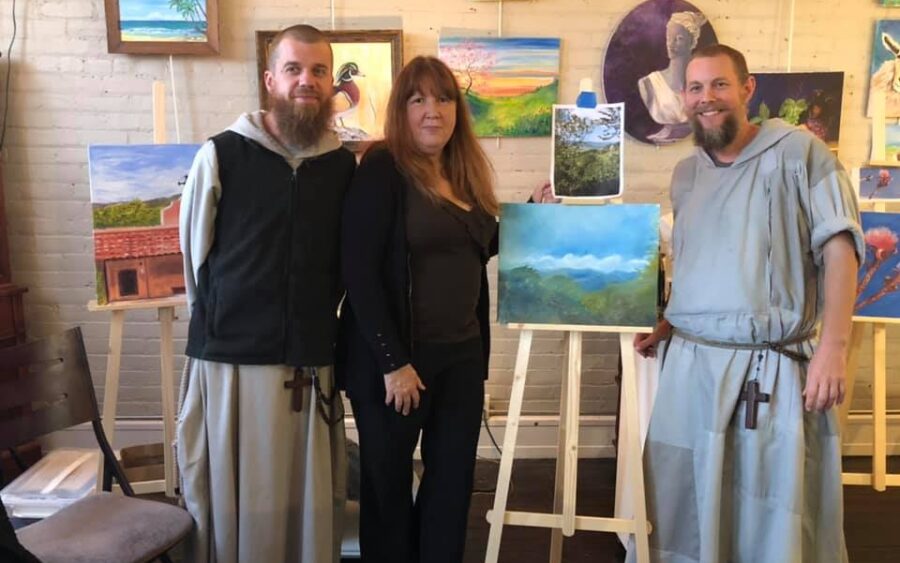 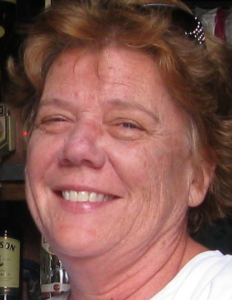 Artist and educator, Laura Kline, always had a vision of combining her God-given creative talents with her Catholic faith. Whether it was as an art teacher at the elementary, middle and high school levels, or as the activities director for the elderly residents of the Little Sisters of the Poor community in her home town of Louisville, Kentucky, Laura often sought ways to merge the visual arts with concepts of spirituality, exploring how art can inform faith, and vice versa.

But it wasn’t until Laura became a member of Regnum Christi in January of 2000, that this idea of marrying art and faith took real shape in her life; in fact, it was during the incorporation ceremony itself that Laura felt God calling her to use her artistic talents to serve him in a new and creative way. When the Legionary priest leading the ceremony, Father Matthew Von Smoorenburg, LC, encouraged the newly incorporated Regnum Christi members to place their natural gifts at the service of the Church, Laura took his words immediately to heart. “Father Matthew made it very clear that we were to use our God-given talents to create new ways to reach the world with the Good News that Jesus Christ wants an individual relationship with us all.” It was in this moment that Laura was first inspired to start an apostolate for artists.

Shortly after her incorporation, Laura came across Pope John Paul II’s “Letter to Artists,” and one particular line struck her like a lightning bolt, confirming her idea to form a new apostolate for artists like herself:

“Those who perceive in themselves this kind of divine spark which is the artistic vocation – as poet, writer, sculptor, architect, musician, actor and so on – feel at the same time the obligation not to waste this talent but to develop it, in order to put it to the service of their neighbor and of humanity as a whole.”

“I took this to mean that I was to create a group of artists who would put to Godly use their artistic talents,” says Laura, who originally named the apostolate Divine Spark, in honor of the words of Pope John Paul II that had originally inspired her.

In 2002, working with the encouragement and approval of Father Eamon Kelly, LC, Laura began building what would eventually become Called to Create, an apostolate dedicated to Catholic visual artists who desire to live their vocation to art as a response to God’s invitation to discover and share the beauty they find in creation. “The needs that are met by this apostolate are mainly the spiritual support for the artists and the camaraderie amongst like-minded artists to become or to continue to be a beacon for Christ and his Church in this society,” says Laura.

That spiritual support and formation is a vital part of Called to Create; members of the apostolate feel called to evangelize through their art, but know that in order to carry on this evangelistic mission, they themselves must be continually nourished by prayer and the sacraments and, importantly, as artists, by the spiritual contemplation of beauty. For this reason, Called to Create members join together in small groups for a monthly meeting that combines the key elements of prayer (such as a Gospel reflection), community, and of course, creativity.

Another Legionary priest, Father John Bullock, LC, has been instrumental in providing spiritual support and encouragement; in 2012, he came on board as Spiritual Director and Retreat Master for the Called to Create apostolate. “His wisdom and insights as to how to reach out to others have been invaluable to me and to our growing numbers,” says Laura. The Called to Create apostolate now has four active chapters across Kentucky and Ohio, which come together annually for a spiritual retreat at the Holy Spirit Center in Norwood, Ohio. Here, participants are encouraged by professional artists to explore a variety of artistic styles and media, around a particular spiritual theme. They are then expected to take the inspirations that they received during the retreat – both spiritual and artistic – back to their local chapters and communities.

At the heart of the Called to Create apostolate is the call to evangelization; the members are not only nurtured in their own faith, but also then encouraged to share that faith with others, by reflecting God’s truth and beauty through their art. “The purpose of the apostolate is to bring artists to see their role as evangelizers in society, and to help the Church in any way possible, through the arts,” says Laura. “We all continue to create new ways of reaching out.” Some of those initiatives have included undertaking special art commissions, creating exhibit pieces to enhance particular feast days in the local parish (such as Divine Mercy Sunday, or the Feast of the Sacred Heart), hosting field trips to museums and cathedrals, sponsoring a student artist exhibit that featured a pro-life theme, and doing live painting demonstrations during parish talks and retreats. They’ve also led workshops for adults, held in-home painting parties for couples, and hosted events for the whole family (at one recent Parish Family Night, Called to Create members taught families how to create a family crest).

The apostolate also works with youth in its “Junior League,” where young, budding artists are paired with an adult mentor. Most recently, the Junior League held a workshop on the theme of hope, based on Romans 6, with the young participants creating paintings using the anchor, the historical icon of hope, as their inspiration.

There is one Called to Create initiative that is especially close to Laura’s heart; her group created twelve original paintings from photographs that she and her husband had taken in Nicaragua, where her son, Father Dismas Kline, CFR, a Franciscan Friar of the Renewal, is currently stationed. In order to provide financial support for the many apostolates that the Nicaraguan Franciscans are involved in, the group sold notecards of the artwork, and held an online auction for the twelve original pieces. At the annual Called to Create retreat last October, when the group shared the work that they had been doing for the Franciscans, the retreat participants spontaneously took up a collection amongst themselves and gave it to Laura to send to Nicaragua. “I was overwhelmed with their generosity and zeal for the faith,” says Laura. “God is good… all the time!”

One popular activity that the group hopes to be hosting a lot more of these days is plein air painting; typically, participants meet for Mass and then head out for an outdoor painting session. “This may be happening more and more with the social distancing we have all had to adhere to,” says Laura. Plans for the annual retreat in October are underway, and while organizers are hoping that participants can attend in person, they’re also making plans for an online format if necessary.

For Laura, seeing the fruits of her vision of combining her love for art with her zeal for her faith has drawn her closer to God, and even enriched her other ministry: she also serves as a Spiritual Guide for Regnum Christi. “My own faith has been enhanced throughout this whole process by the joy I see on the faces of the artists as they employ the talents God has given them to spread His kingdom,” says Laura. “I’m energized and spurred on to the next creative idea and never tire of finding ways to encourage others to find what it is that God is calling them to.”

To find out more about the Called to Create apostolate, visit them on Facebook, or email calledtocreatelouisville@gmail.com.

Do you ever feel inspired to do something and thin

Throughout her more than twenty-five years as a Re 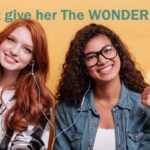 Wonder of Eve: A Health-Focused Approach to Promoting a Culture of Life 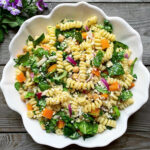 A Free Lenten Cookbook: Nourishment for Body and Soul 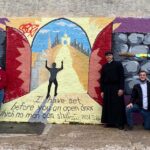 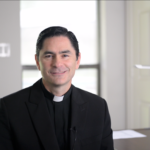 Solid Ideas for a Fluid World: Providing Timeless Answers in a Climate of Constant Change 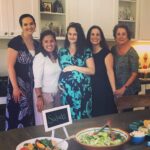