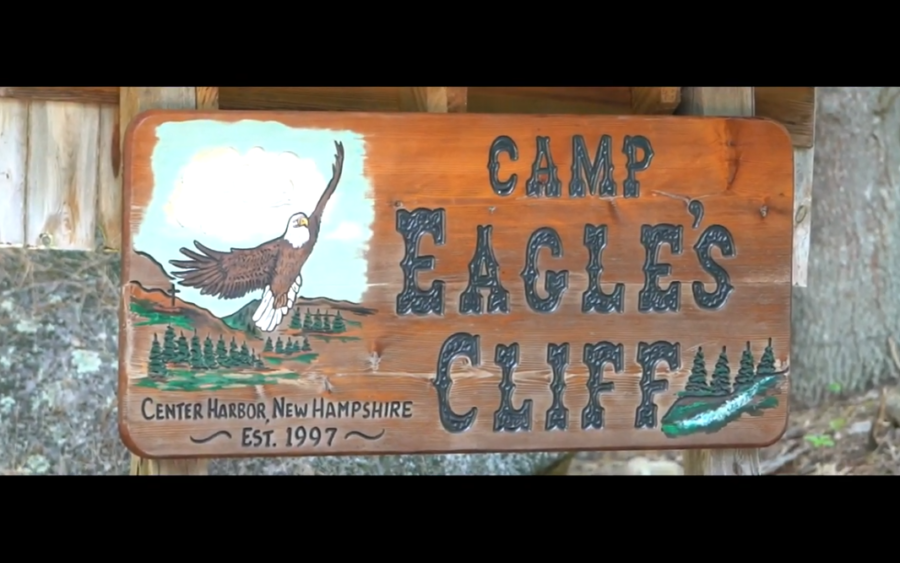 When Will Jude was just nine years old, his father took him and his brother on their first annual overnight excursion to Camp Eagle’s Cliff, and ever since then, over the past nearly 20 years, Will hasn’t missed a single camp. 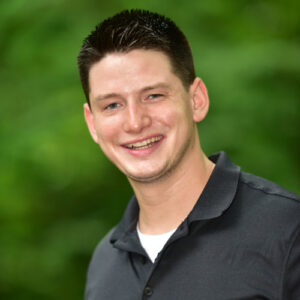 Camp Eagle’s Cliff is a Conquest-affiliated camp that was opened in 1997 by Fr. Kermit Syren, LC, in response to Pope St. John Paul II’s call to the New Evangelization of proclaiming Christ to the world. The camp was founded on Conquest’s youth formation pedagogy, with a focus on virtue formation, excellence, and leadership development. Over the years, Will himself has graduated from participating as a young camper to taking on various active leadership roles at the camp, including team leader, counselor, assistant director, and now director. In the past two decades, Will has seen first-hand how Camp Eagle’s Cliff provides boys and young men with a positive and powerful experience of the Catholic faith, one that can stay with them for the rest of their lives.

“One of the many testaments proving the success of the camp is the number of lifelong friendships that develop among the campers,” says Will of the lasting impact the camp can have on the lives of the boys who attend. “Many of the camp counselors were once campers, and the camaraderie and trust built over the years between them is rare in today’s world. As society becomes more secular, I think it is more important than ever that young people are given the opportunity to create friendships that are grounded in the beauty of the Catholic faith; these friendships, and their faith, will sustain them as they inevitably face life’s ups and downs in the future.”

One former camper, James Potvin, who now serves as a camp counselor at Camp Eagle’s Cliff, has, like Will, been attending the camp since he was young. “Ever since I was a small boy I’ve been coming here, and it’s always been a really incredible experience. This camp taught me how to be a leader, helped me grow into the person I am today, and really helps form young men in leadership and friendship.”

And this year is particularly special for Will as the camp’s director: Camp Eagle’s Cliff is celebrating 25 years of providing an unforgettable summer camp experience that forms character, nourishes the soul, and trains in virtue the boys and young men that will become the future leaders of society. To commemorate the anniversary, the camp plans to host a celebration dinner for local benefactors and other supporters of the mission. Special guests that have been invited to the meal and accompanying festivities include Bishop Peter Libasci, of the diocese of Manchester, NH, and seminarians of the Legionaries of Christ. 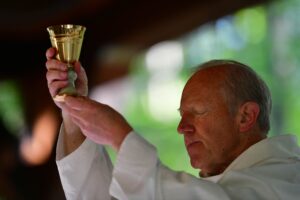 Camp Eagle’s Cliff’s founder, Fr. Kermit Syren, LC, who still serves as the camp’s chaplain each year, saying daily Mass, hearing confessions, and offering spiritual direction and formation, is filled with joyful gratitude for the camp and the fruits that he has witnessed there over the past quarter of a century:

“Personally, I can only rejoice and thank God for all the years that have gone by, watching His graces work, and seeing the charism of the Legionaries of Christ and the Regnum Christi movement playing out in leadership formation for the integral man. Seeing that actually happening really fills my heart with joy.”

Located right on Lake Waukewan in central New Hampshire, Camp Eagle’s Cliff features activities and adventures like swimming, canoe trips on the Bear Camp River, hikes in the White Mountains, nightly bonfires, sports competitions, and games like laser tag, paintball, and capture-the-flag. The camp often even incorporates field trips, like a visit to the nearby amusement park, a trip to a baseball game or local ice hockey arena, or an excursion to New Hampshire’s Polar Caves Park! Additionally, the camp offers daily Mass, rosary, and Gospel reflections, as well morning and night prayers said as a community. As well, the campers are led by their team counselors to put into practice a specific virtue chosen for each day. 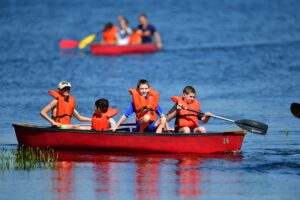 The camp’s unique wilderness setting, and the opportunities that this rustic environment provides, is considered by Will to be key to enhancing the camp’s mission to teach boys and young men to become disciples, leaders, and the best Catholics they can be. “The camp emphasizes not only the beauty of God’s creation in everything that we do, but also what it means to be a man of faith today,” says Will. “We as a camp make it a priority to show and share with the campers here that living the faith can be fun; it is the the greatest adventure a person could ever live!”

Camp Eagle’s Cliff is open to boys age 9-16, and registration for this year’s camp, which will run June 24-July 2, 2022, and there is still time to register! To find out more about the camp, or to register, visit their website at www.eaglescliff.com.

To find out more about Conquest Youth Ministry, visit the national website at www.conquestyouthministry.com.