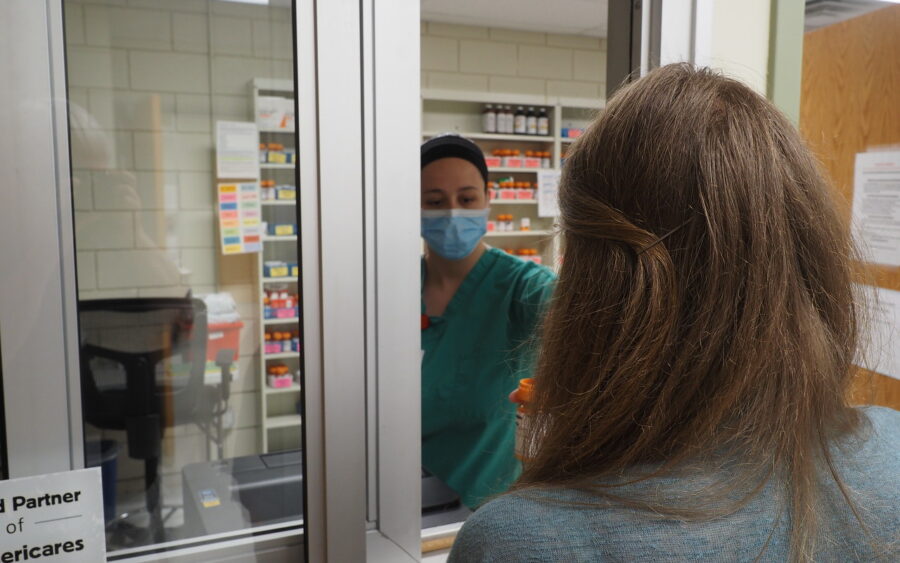 “What are you doing for the poor?”

This was the question that Dr. Jody Elson’s spiritual director asked her one day during spiritual guidance, and it’s the one that ultimately gave focus to Jody’s career as a family physician dedicated to some of the most vulnerable sectors of the population – the unborn, the poor, and the underserved. 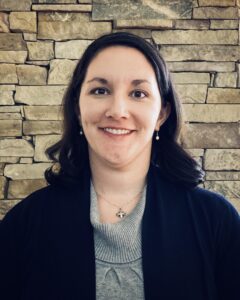 Jody grew up with a strong faith foundation; she was raised in a Catholic family and was introduced to Regnum Christi as a young adult. She decided to pursue a medical degree at the University of Nebraska Medical Center, moving to Wichita, Kansas in order to do her residency in family medicine through the Via Christi Residency Program. It was here, in downtown Wichita, that Jody was introduced to the Guadalupe Clinic, a diocesan-run primary care health clinic founded in 1985 with funding from the Sisters of the Sorrowful Mother, and which is devoted to serving the area’s poor and uninsured.

As part of the women’s health rotation during her residency, Jody would volunteer at Guadalupe Clinic, where she had the opportunity to encounter a diverse patient population with a wide variety of needs. When the rotation and her residency were over, Jody felt called to continue her volunteer work with the clinic. “I felt obligated to support the mission as a Catholic healthcare provider, and I just wanted to give back to the community in some way,” says Jody, who has been volunteering at the clinic ever since. 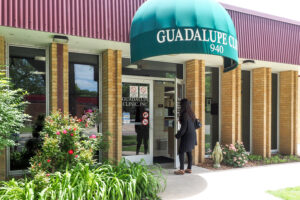 Guadalupe Clinic is a non-profit health clinic, funded entirely by grants, fundraisers, and donations, and other than a core set of paid administrative and clinic staff that form the foundation of the clinic, it depends entirely on volunteers. The majority of patient care is provided by volunteer nurses, practitioners, and physicians like Jody, who volunteer their time for those unable to afford consistent health care. Through relationships with the local Catholic healthcare system and providers like Ascension Via Christi, as well as community and state programs, the clinic is able to provide laboratory work, offer imaging services like ultrasounds and MRIs, and coordinate specialist care and access to cervical and breast cancer screening at no cost to their patients. The clinic currently has every speciality covered entirely by volunteers.

One of the greatest issues facing the Guadalupe Clinic is continuity of patient care; the poor, the uninsured, and those living with low income who struggle to afford consistent healthcare not only avoid seeking care due to concerns about the cost, but when they do, it’s rare for them to ever have the opportunity to see the same doctor twice. “Most of the time, I only see patients for one encounter,” says Jody. Because of this, larger medical issues can go undiagnosed. Recently, however, Jody received a new patient who had come into the clinic exhibiting several symptoms that pointed to undiagnosed cancer. The staff at the clinic was able to fast track him to get the CT that he needed to start receiving the proper treatment. 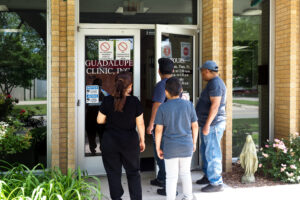 One of the things Jody appreciates most about Guadalupe Clinic is the diversity of its patient population, and this is what makes it an excellent site for residency training for a large number of local schools, hospitals, and other health establishments; students from all over Kansas in a variety of specializations – like pharmacy, physical therapy, nursing, and even language interpretation – come to the clinic to volunteer, to train, and to serve patients who come from all over the world, and from all walks of life. “The patient population is very diverse, and we have a high number of immigrants,” says Jody, who has treated patients at the clinic from nearly every continent. “There are also people just trying to get through hard times, whether that be due to the loss of a job or the inability to secure a better job, integrating back into society after serving jail time, battling homelessness, or adjusting to life in a new country. It is rewarding to feel like I’m able to impact someone’s life in a positive way.”

Currently, Jody is working at a new practice called Antioch Med, a direct primary care (DPC) practice that, because it does not contract with insurance companies, can provide care at a much lower cost. She is also trained as a medical consultant in NaProTECHNOLOGY (Natural Procreative Technology), which is an approach to female health and fertility that, in line with the teachings of the Church, cooperates with and aims to restore a woman’s natural procreative and gynecological system. As a doctor trained in NaProTECHNOLOGY, Jody assists women with a variety of reproductive and gynecological concerns without prescribing contraceptive medications. The majority of the NaPro patients that she treats – and ministers to – are women suffering from pregnancy loss or infertility, and it is with these women that Jody feels her faith has an enormous influence on her role as healthcare provider.

Jody shares one such encounter during an appointment with a patient that called her to draw upon her Catholic faith:

“I had one patient that had suffered a miscarriage, and then lost her next baby at nineteen weeks. The couple was a beautiful witness to life – the baby was born alive and lived just seconds, but the father was able to baptize him. I did not have a particular devotion to the saint they named the baby after, but felt a moment of inspiration when she was in the office [for her next pregnancy] and Googled it – the due date of her next pregnancy was the feast day for the saint they named that baby after! I shared it with her, and she started to cry. She went on to have a healthy term baby, and another since then too!” 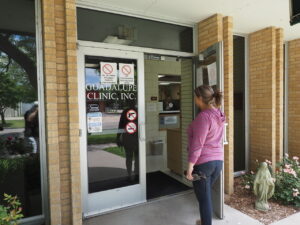 For Jody, the key to being the compassionate and authentically Catholic healthcare provider that she feels called to be is to constantly turn to the Divine Physician as her motivation and her model. “So much of Jesus’ work in Scripture is related to healing – it helps me to serve others better to try to see Jesus in them,” says Jody. “I pray for my patients every day.”

Jody has been a member of Regnum Christi for fourteen years, and is currently the RC Women’s Section Director in Wichita, Kansas. This July, she was the recipient of the Pay It Forward Award, which honors local volunteers for their contribution to the Wichita community.