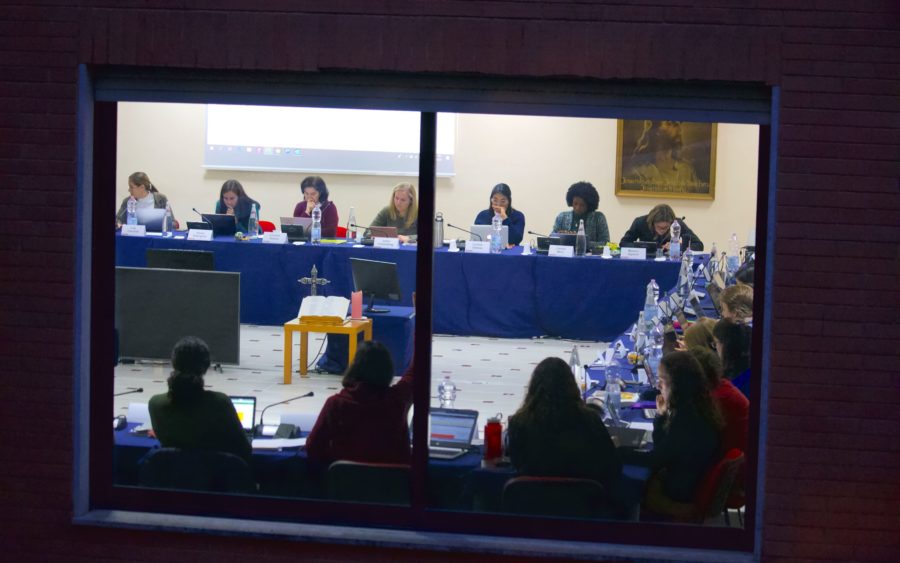 Rome, March, 2 2020. The Consecrated Women of Regnum Christi concluded their first Ordinary General Assembly as a Society of Apostolic Life (SVA) on Friday March 6, 2020, and made public their General Communiqué with their reflections and decisions about the topics discussed.

“At the end of our Assembly,” states the General Communiqué, “the experience of the encounter with Christ generates new life in us and sends us out with the desire to give life – life in abundance.  We hope to unfold the gift of life in Christ that we received as a seed in our baptism”.

The Assembly began on January 24, 2020 in Rome. Its three main tasks, as established by canon law and the proper law of the Institute, were: the election of the general government for the next six years, assessing the report of the previous government, as well as analyzing and discerning issues relevant to the Society of Apostolic Life, including a review of their proper law.

Themes addressed and the election of a new government

During the first days, after hearing the report of the outgoing general government, the delegates of the Assembly decided to include in their work agenda additional topics to those already planned. These were: the projection and sustainability of the Society of Apostolic Life, the mission, poverty, means of spiritual growth, and the care of elderly and sick parents of the Consecrated Women. They also dealt with important issues such as the institutional position on the person of the founder, sexual abuse of minors or vulnerable persons, the exercise of authority, and reconciliation and healing.

Indications for the new government

In light of their reflection and discernment, the delegates voted on amendments to their own constitutions and proper law. The General Assembly, as the supreme governing body of the Society of Apostolic Life, assigned mandates to the new government – tasks that they need carry out during the next six years.

– reopen the discernment on the possibility of a contemplative branch in Regnum Christi, involving the Consecrated Women who continue to express this desire since it was brought up six years ago, and who have asked the Assembly to reconsider it.

Within the framework of the Regnum Christi Federation