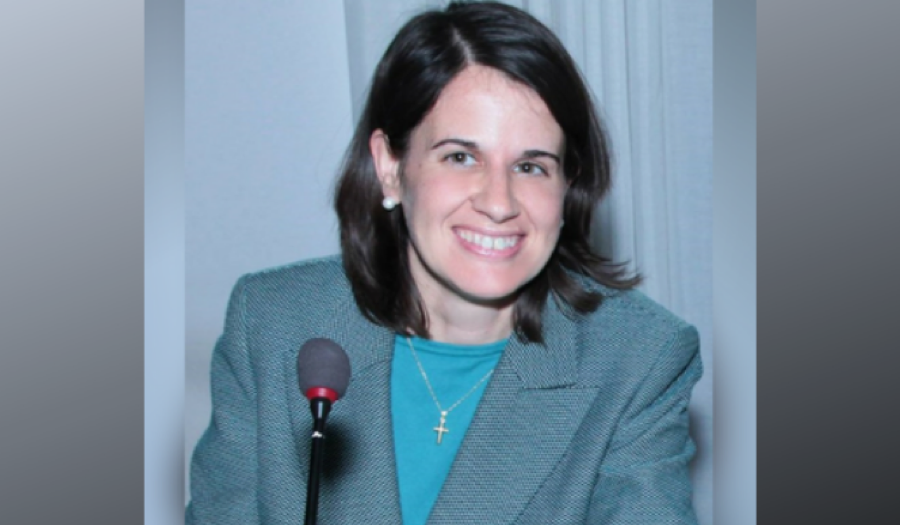 This May the Vatican announced it is resuming publication of Women Church World (Donne Chiesa Mondo), a monthly magazine insert in  L’Osservatore Romano,with new leadership and the goal of highlighting the views and voices of Catholic women around the world. Marta Rodriguez, a Consecrated Woman of Regnum Christi and sister of the general director of the consecrated women, Gloria Rodriguez, was named to the editorial board. The board is made up of 10 women from diverse backgrounds and nationalities led by Rita Pinci, an Italian journalist.

Marta has long had a passion for working on women’s issues, including the founding of the Institute for Higher Studies on Women in 2003 in response to the call from Pope John Paul II to promote the feminine genius.  In 2017 she was appointed as director of the Office of Women’s Issues in the Vatican Dicastery for Laity, Family and Life. In an interview with Regnum Christi News at that time she stated, “I believe that one of the great challenges for modern women is to discover what it means to be a woman. Once a woman discovers who she is, she ends up discovering the feminine richness; she can contribute to the cultural world and the ecclesial world with much more dedication, much more bravery, much more freedom.” This new role will give her a way to impact global culture through the dicovery of the feminine richness she is passionate about.

L’Osservatore Romanopublished the biographies of the board members through the Vatican News Office:

Marta Rodríguez Díaz – Since 2010 she heads the Institute of Higher Studies on Women at the Pontifical Regina Apostolorum, which she helped found in 2003. She studied Education and has completed degrees in Bioethics and Philosophy (with a specialization in Anthropology). From May 2017 to May 2019, she was head of the Women’s Office of the Dicastery for Laity, Family and Life. She specializes in gender themes, sexual identity, women and the Church, violence against women and full integration in the sexual and affective dimension of consecration. She is consecrated to God in the Regnum Christi Movement. She was born in Madrid and has lived in Rome since 2000.

Francesca Bugliani Knox – Honorary Senior Research Associate, University College London and Honorary Research Fellow, University of Roehampton. Her academic work focuses on European literature and culture, and particularly on the relationship between literature, theology, spirituality and philosophy. For some time, she has been active in spiritual accompaniment and is an advocate for marital cases at the Diocesan Ecclesiastical Tribunal. She lives in London, is married, and has two children.

Elena Buia Rutt – holds a degree in Literature and Philosophy. She is a poet and translator and has worked on cultural programmes for Radio 3 and Rai Educational for some 20 years. She writes for the cultural section of “L’Osservatore Romano” and in the section dedicated to reviews in “Civiltà Cattolica”. She currently teaches American Literature at John Cabot University in Rome. She lives in Assisi with her husband and their four children.

Yvonne Dohna Schlobitten – Associate Professor at the Pontifical Gregorian University where she teaches Aesthetics, Philosophy and History of Christian Art in the Faculty of History and Cultural Heritage of the Church of the Institute of Spirituality.

Coming from a multidisciplinary formation (law, philosophy, art history, aesthetics and theology), she has developed a transdisciplinary approach to her formational methodology through “artistic creation”. Her specialization in Aesthetics as the origin of Romano Guardini’s theology led her to investigate the analogy between the methods of fundamental theology, aesthetics and spiritual exercises. She is German, married, has two children and lives in Rome.

Chiara Giaccardi – holds a degree in Philosophy from the Catholic University of the Sacred Heart, Milan, and a PhD in Social Sciences from the University of Kent (UK). She is a Professor of Sociology of Culture and Communications Processes at the Catholic University of Milan where she is responsible for the Social Communications periodical, Journal of Media, Performing Arts and Cultural Studies. Her work focuses on cultural transformations linked to globalization and the worldwide web. She is the author of La comunicazione interculturale nell’era digitale (Il Mulino 2012), and of various essays in books and periodicals. She is a member of the Pontifical Academy for Life. Together with Mauro Magatti, she co-authored Generativi di tutto il mondo unitevi! (Feltrinelli 2014) and Social generativity: an introduction, in M. Magatti (ed.) Social Generativity. A relational paradigm for Social Change (Routledge, 2018). She has seven children.

Silvia Guidi – is a professional journalist and has worked for the cultural section of “L’Osservatore Romano” since 2008.

She was a recipient of the Formenton scholarship in the Finegil Group newspapers (Trento, Pescara and Milan newsrooms). She has cooperated in digital cataloguing projects with the SismelEzio Franceschini Foundation for the study of medieval Latin. Beginning in 2003, she is the editor of the art and literary magazine “Il Fuoco” and collaborates with the Sycamore T Company theatre group. She is a member of Memores Domini, a lay group whose vocation is based on complete devotion to God, while living in the world.

Shahrzad Houshmand Zadeh – holds a Master’s Degree in Islamic Theology from the Free Islamic University in Iran and Fundamental Christian Theology from the Pontifical Lateran University of Rome. She is a former lecturer of Islamic studies at the Pontifical Gregorian University in Rome and at Roma Tre University. She is honorary co-president of the “Karol Woijyla” Association and the international association, “Religions for Peace”; Vice President of the Women’s Consultation Group of the Pontifical Council for Culture; Reader in Persian Languages and Literature at La Sapienza University of Rome; Member of the jury of the “Mediterranean Culture” Award. She has three children and lives in Rome.

Amy-Jill Levine – is a writer, scholar and historian from the United States, Professor of New Testament Studies at Vanderbilt University, Department of Religious Studies, and Graduate Department of Religion. She describes herself as a “Yankee Jewish feminist who teaches in a predominantly Protestant divinity school in the buckle of the Bible belt”.

Valeria Pendenza – holds a degree in Letters from Sapienza University in Rome, a diploma in Library Studies from La Sapienza’s special school for archivists and librarians, with a thesis on Page 3 (cultural page) of newspapers, and an Archivist diploma from the Vatican Secret Archives. She has worked for “L’Osservatore Romano” for 20 years, 11 of these years as an archivist. She lives in Rome with her husband and her son.

Silvina Pérez – is a journalist and television writer. She currently heads the Spanish edition of “L’Osservatore Romano”. She has written various news content for La7 tv channel where she worked for 11 years. She has produced television reports for RAI and has written mostly for national politics programmes. After completing her studies at the University of Buenos Aires and the Iser in Argentina, she worked for Italian and foreign weeklies, radio and television. From 1999- 2001 she was press officer at the Ministry of Foreign Affairs. She has published books and her work has long been focused on Latin America’s economic, social, political and ecclesiastic situation. Despite her Spanish name, her origins are from Piedmont, Italy.

Giorgia Salatiello – She is a full professor in the Faculty of Philosophy of the Pontifical Gregorian University and a visiting professor at the Pontifical Regina Apostolorum. She works in the field of philosophy of religion, the relationship between philosophy and theology, sexual differences, philosophical consultation and neurobioethics. She lives in Rome with her husband and son.

Carola Susani – was born in Italy’s Veneto region and has lived in Sicily for a long time. She writes novels for adults and adolescents. She teaches narrative writing and is a member of Piccoli Maestri – a reading project for young people. Amongst her books are L’infanzia e’ un terremoto (Laterza 2008); Mamma o non Mamma, written with Elena Stancanelli (Feltrinelli 2009); Eravamo bambini abbastanz” (Minimum fax 2012, Lo straniero award); La prima vita di Italo Orlando (Minimum fax 2018). She has edited “Nuovi Argomenti” and has collaborated with amongst others the magazines: “Gli Asini” and “Gli Altri” and with the daily “Il Dubbio”.

Rita Pinci – is a journalist and holds a degree in Sociology. She began working as a correspondent for “Il Messaggero” where she worked for 20 years and was subsequently its editor-in-chief and vice director, the first Italian woman to hold these roles in a major national daily newspaper. She was vice director of the web portal Rcs-Hdp and was director of the “Specchio” magazine of “La Stampa”. She was vice director of the weeklies “Panorama” and “Chi”. She has worked for the “Huffington Post Italia” and collaborated as author for the television program “In Mezz’ora” which airs on Sundays on Rai 3. She currently works for Tv2000. 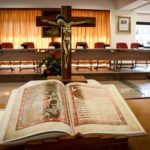