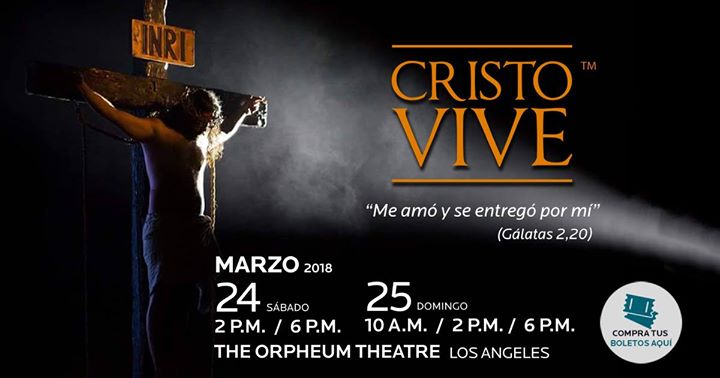 The Orpheum Theatre in Los Angeles is one of that city’s most famous landmarks – perhaps one of the most famous theaters in the United States.

The theater opened its doors on February 15, 1926 and still has a Mighty Wurlitzer organ that is one of three working pipe organs remaining in Southern California. The majestic venue seats 2,000.

The list of those who have performed on its stage is truly a who’s who of American entertainment: Judy Garland, Lena Horne, Ella Fitzgerald, Duke Ellington and Jack Benny to name a small sample.

Acts at the Orpheum have ranged from fan dancer Sally Rand to, more recently, “American Idol” and “So You Think You Can Dance.” Upcoming performances include the National Ballet Company of Ukraine and Boz Scaggs.

But a different sort of musical extravaganza invaded the Orpheum the fourth Sunday of March 2018: Cristo Vive.

Guadalupe Radio has sponsored this production for several years. This year, the production rose to a new level with the addition of director Denise Blasor and new music by Laurent Eyquem.  Their combined artistic talents and enthusiasm were part of the reason more than 10,000 theatergoers attended this year’s production in five sold-out shows. 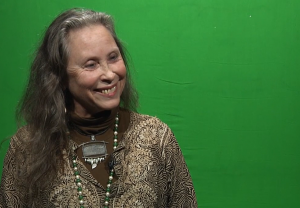 Denise Blasor was born in France to parents from Puerto Rico, and was educated in Italy.  She is a well-known actress in the California theater scene and director of multiple theater companies. She spoke of her vision of this year’s production of Cristo Vive…

This year we wanted to have music specially composed for the play. We´ve got Laurent Eyquem and he composed fabulous music. The music is a different language. The music touches our hearts in a different way. It is something very spiritual.

Music changes many feelings. Music helps us to feel in a different way and this is what we are doing this year. We hope next year to have live music in the play. That would be great.

The actors of Cristo Vive are community actors. Many of them don´t have much performing experience or only have worked in Christmas plays or maybe in Cristo Vive but certainly they don´t have the experience of a professional actor. The big difference is their sense of community and their profound passion for the story, which make them so unique. Some of them are amazing; they leave me with my mouth open. The lady who plays Maria in her adult life, Ofelia, is an outstanding actress.

For me the most important thing is the message about Jesus’ love. 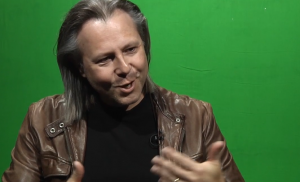 He grew up in Bordeaux, France, and has always been a serious Catholic. Although he is a rising star in the film/music world, he also has spent time working for social-service agencies, an expression of his desire to build a better society.

His musical scores reflect a passion that grew in his own life in dealing with adversity: the death of his younger sister in a plane crash; the loss of his father (and musical mentor) to cancer; an accident that nearly cost him an arm. These experiences, perhaps, prepared him perfectly to score the story of Christ’s passion, as he reflects…

Cristo Vive is a chance to do something about the faith – a big gift. I want each person in the audience to fine their own sense of Christ, so I kept the emotion as pure as possible.

It was God’s will that I got involved because a Legionary in Rome heard music I had written for a movie played on the radio and said they should get music like that for the play. He connected me with Guadalupe Radio.  I didn’t plan for it…it just happened.

I have a gift and I don’t control it…it’s important to share it and give it back.

The music comes from God.  I’m like the faucet who delivers the water.

Rene Heredia, president of Guadalupe Radio and Executive Director of Cristo Vive explains the history of the production, impact on the apostolate and the vision for the future. Their mission is the transformation of souls.

We want to bring more people closer to Jesus Christ through radio programming, our bookstores, and the events we organize. Cristo Vive is a powerful live experience of His life. We love the play and the talented artistic vision of Denise Blasor and Laurent Eyquem. The response from the public has been fantastic.

Cristo Vive reminds us of the infinite love of Jesus Christ for all of us. It is the perfect way to commemorate The Passion of Christ. The play allows for deep self-reflection and shows the true meaning of being a follower of Christ.

We constantly strive for innovation and hope to have a new production in the near future. To God be the Glory. 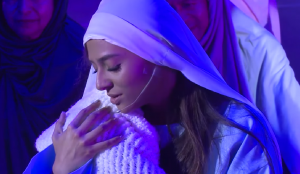 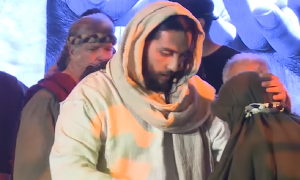