Monday of the Fourth Week in Ordinary Time

Jesus and his disciples came to the other side of the sea, to the territory of the Gerasenes. When he got out of the boat, at once a man from the tombs who had an unclean spirit met him. The man had been dwelling among the tombs, and no one could restrain him any longer, even with a chain. In fact, he had frequently been bound with shackles and chains, but the chains had been pulled apart by him and the shackles smashed, and no one was strong enough to subdue him. Night and day among the tombs and on the hillsides he was always crying out and bruising himself with stones. Catching sight of Jesus from a distance, he ran up and prostrated himself before him, crying out in a loud voice, “What have you to do with me, Jesus, Son of the Most High God? I adjure you by God, do not torment me!” (He had been saying to him, “Unclean spirit, come out of the man!”) He asked him, “What is your name?” He replied, “Legion is my name. There are many of us.” And he pleaded earnestly with him not to drive them away from that territory. Now a large herd of swine was feeding there on the hillside. And they pleaded with him, “Send us into the swine. Let us enter them.” And he let them, and the unclean spirits came out and entered the swine. The herd of about two thousand rushed down a steep bank into the sea, where they were drowned. The swineherds ran away and reported the incident in the town and throughout the countryside. And people came out to see what had happened. As they approached Jesus, they caught sight of the man who had been possessed by Legion, sitting there clothed and in his right mind. And they were seized with fear. Those who witnessed the incident explained to them what had happened to the possessed man and to the swine. Then they began to beg him to leave their district. As he was getting into the boat, the man who had been possessed pleaded to remain with him. But he would not permit him but told him instead, “Go home to your family and announce to them all that the Lord in his pity has done for you.” Then the man went off and began to proclaim in the Decapolis what Jesus had done for him; and all were amazed.

Introductory Prayer: Father in heaven, my heart is hungry for your word. I believe that you want to speak a word of hope to me today. How good it would be if I were to see myself and my future as you do, but at least I do trust in you. I wish to take up your challenge to be holy, whatever the cost, and I am confident that you will accompany me closely and help me with your grace.

Petition: Lord Jesus, help me to abandon myself to your healing power.

Conversation with Christ: Lord Jesus, you have set me free and kept me from so many vices and demons, addictions and grudges, materialism and indifference. You have given me the grace to know you and choose you. I want to thank you for your power and mercy towards me. I resolve to be a witness to your great love among my family and friends.

Resolution: I will witness to some healing that the Lord has worked in my life with a friend or family member. 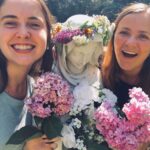