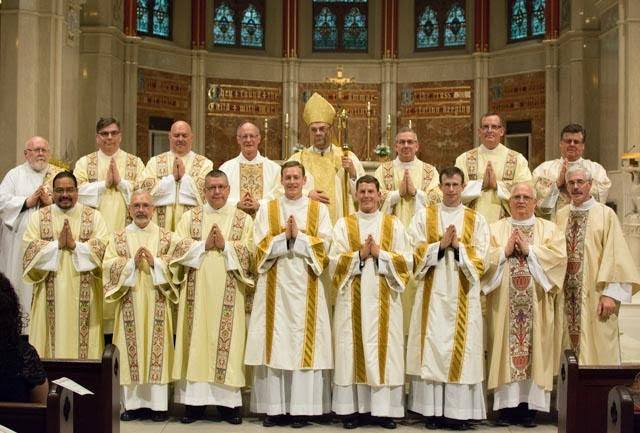 In recent weeks, a number of Legionaries have been ordained deacons. Some Regnum Christi members are also deacons. Two of these deacons share what it means to be a deacon.

Speaking to us from Rome, where he returned after his ordination, Deacon Patrick O’Loughlin, LC, described his experience of the ordination ceremony. During the Liturgy of the Word, he says, “I looked up and saw, right across from me in the side aisle of the Cathedral, there was a statute of St. Joseph with the words, ‘Give me your heart’ above it. That meant a lot because Joseph has been one of the saints who has most accompanied me.” The two most powerful moments of the ceremony were the moment when the bishop laid hands on him and the ordination prayer as he knelt before the bishop.

It really strikes him when someone asks him to bless them or to read the Gospel at Mass. Although he often served as the master of ceremonies for Masses before his ordination, being a deacon is different. “Being there at service to the brothers has meant a lot,” he says. 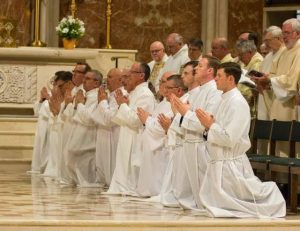 Deacon Patrick appreciates the way the Church has renewed the spirit of the diaconate since Vatican II. It’s not simply a step to the priesthood but a distinct ministry of service. “In the ordination prayer, there is a real connection between the deacon and the Holy Spirit. In my preparation, I thought a lot about how, during this year as a deacon, I’m supposed to be close to the Holy Spirit and [to] detect when He’s asking me to do something, always along the lines of serving.”

Being sent out in ministry this July gives him a concrete opportunity to serve others. The Acts of the Apostles contains a number of examples of deacons serving the new Church, which are the model for his own diaconate, Deacon Patrick said.

Describing his first year as a deacon, Deacon Steve said, “Being a deacon has been such a blessing—to be the servant of Christ going out and ministering to people.” He described the spirituality of the diaconate as “understanding the servant heart of Christ.”

Deacon Steve feels that being a deacon lets him bring his of Regnum Christi formation to a whole new level. He told how once, while giving spiritual direction to a parishioner, he ended up just sharing the program of life he learned in Regnum Christi.

The diaconate also helps him in his life in Regnum Christi. “Being a deacon helped me open up to a different type of spirituality,” he explained. “Now I pray the Liturgy of the Hours [and] I bring that into my Regnum Christi prayer life. This has been enhancing to me in my interior growth.”

He sees both Regnum Christi and the diaconate as ministries of service to the Church, to the people, and to Christ.