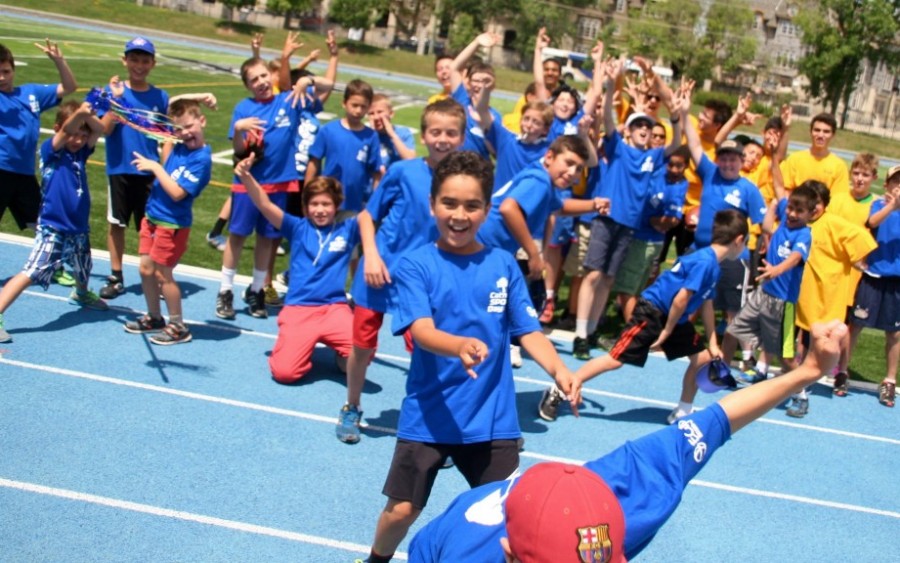 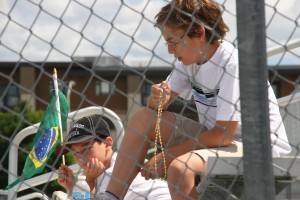 Conquest boys clubs are booming in the Greater Toronto Area and the recent ECyD Ontario summer day camp is evidence of that. The Conquest boys from the local clubs showed impressive effort and participation. On each day, the boys were divided into teams. They received points for winning games, being the first to line up, and for demonstrating their effort to grow in virtue. The theme was ‘Virtue Equals Strength.’

On day 1 the boys participated in a basketball tournament and were encouraged to demonstrate acts of humility. Playing basketball helped them to see that the personal effort and involvement of each member of the team is needed to have fun and to win.

Tuesday was a rendition of the Stanley Cup, Game 7, as we focused on the virtue of perseverance. The boys needed no extra motivation to persevere during these games, but they learned that perseverance isn’t just for sports, but for all areas of life: cleaning their rooms, helping around the house, and being kind to their siblings.

World Cup soccer took the main stage on Wednesday and focused on faith. Germany came out on top against Spain in the final decided by a shootout. During the tournament the boys were asked to live the virtue of faith by praying briefly as a team before each game. It was impressive to see that many of the teams saying a quick prayer in their huddle without any reminder from the conselors. 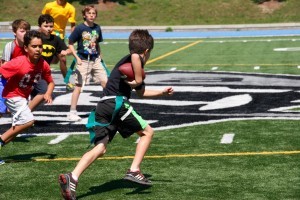 After hearing a reflection on hope on Thursday, the boys walked to a nearby cemetery to pray for the souls in purgatory. We then transitioned to a flag football tournament. The hard fought round-robin on the grid iron culminated in a Super Bowl showdown.

Friday, finished off the week by focusing on the queen of the virtues, charity. In the morning, the boys had an opportunity for adoration and confession. They even made their own rosaries rosaries. It proved to be a greater challenge for many of them than anything they had faced on the sports field, but they persevered in their effort. The morning finished with a relay that involved running, soccer, football and pushups. Next, the boys destroyed a piñata that represented the seven deadly sins with a broom stick known as the staff of virtue.

During the reward ceremony, several campers received recognition for their virtue, sportsmanship and effort during the week. At the closing mass, several boys made the ECyD (Experiences, Convictions and your Decisions) pledge of friendship to Jesus Christ.