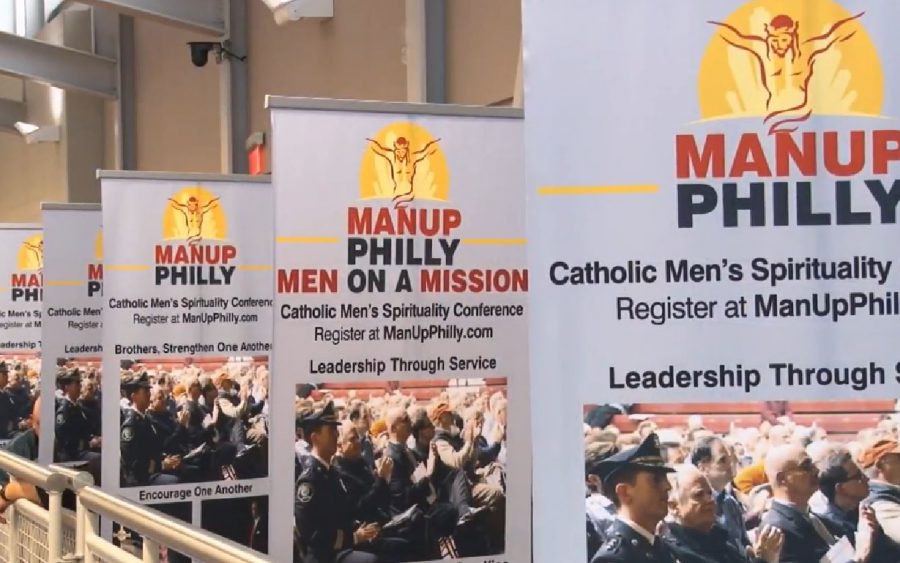 Did you ever meet someone who wanted to be Job?

You remember Job. He was that prosperous man in the Old Testament known for his unshakable faith in God. Satan bet God that given enough hardship, the faithful Job would lose his faith.

So God let Satan visit upon Job all manner of suffering, from poverty to illness to loss of family. Job ended up with just his faith. And because he kept his faith, everything he lost was restored and more. God won the bet. (You knew he would.) 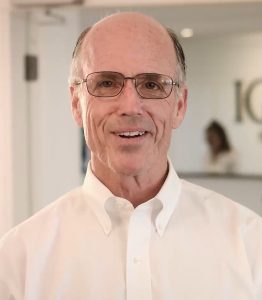 Eustace Mita has lived a modern version of Job’s experience.  Though he wasn’t the subject of a wager between Heaven and Hell, God did hear his prayer. And Eustace may be a prime example of the power of prayer – and why you should never ask for something in prayer you aren’t prepared to accept.

Like Job, Eustace experienced success and prosperity, accompanied by a strong faith. He grew up in a Philadelphia suburb and attended St. Mathias Grade School, Archbishop John Carroll High School, and Drexel University.

After college, he ran a small business in Dallas for a couple years, then returned to Philadelphia to work for Chilton, the big automotive publisher.

But, he always wanted to be an auto dealer, so his next career stop was working for the dealer he admired most: Roger Penske. After three years learning the ropes, he struck out on his own and started Mita Leasing. He joined forces with his uncle (who had pioneered personal auto leasing) and built a highly successful business, Half a Car.

In 2000 he and his uncle sold the automotive training and management company, Half a Car, to Reynolds & Reynolds, a Fortune 500 company. Then his interests shifted more to real estate and hotels.  Life was good.

Eustace was the middle child in a family of five children.  He and his wife had five children who over time have produced 14 grandchildren.

In 2000 at a family gathering, he met Br. John Connor, LC, who would later be ordained to the priesthood and today is the North American Territorial Director for the Legion of Christ and Regnum Christ. That meeting would pave the way for Eustace to handle his experience wearing Job’s shoes.

“I was a serious practicing Catholic, a daily communicant,” Eustace recalled. “But a couple questions from Fr. John showed me I had many more things to learn.”

Fr. John asked Eustace if he had a spiritual director. Eustace replied that not only didn’t he have one, but he had no idea what one was. Fr. John volunteered for the job and Eustace invited him in.

Fr. John’s next question was about what apostolate Eustace was working on.  Of course, Eustace again admitted he didn’t know what an apostolate is. (As anyone who knows Fr. John – or most any Legionary, for that matter – knows where such an answer can lead your path.)

“I think you should start a gospel reflection group for businessmen like you,” Fr. John advised. And so he did, with suggestions from Fr. John about how to organize it, the format, and how to go about inviting others to participate.

Eustace had been involved in a Bible study group before and had found it a bit frustrating. This was different.  It wasn’t about interpreting the Bible, but reflecting on God’s word and sharing how it related to our individual lives. It started as an occasional meeting, then became weekly, then grew – a lot.

From one small group it has expanded to more than 100 groups with 1,000 men participating across Pennsylvania, New Jersey, and Maryland.  The little group in his office now has 50 members who gather weekly in person – and many more who join by phone from as far away as California and Europe.

Eustace was successful in business. But as his role as Job unfolded, it was the experience of the gospel reflection group, the strength in his faith, that sustained him.

His Job moment because, surprisingly, during an hour of adoration in 2007.  Eustace is a firm believer in making annual goals in four areas of his life: financial, relational, health, spiritual. He had decided to focus on humility as his spiritual goal for the next year and in adoration asked God to guide him.

He sensed God’s response clearly and directly: “Are you sure, Eustace? I will do this, but it will be painful.”

Eustace prayed in response that he was sure and only asked God to guide him through whatever happened. And a lot happened.

For many businesses and investors, 2008 was a disaster.  It was, in human terms, a year of disasters for Eustace.  A son was diagnosed with brain cancer. A daughter was diagnosed with thyroid cancer. His business interests tanked and he lost two-thirds of his net worth. He really did feel like Job.

But like Job, he kept his faith. He never asked “why me, God?” He simply prayed to God for His guidance. And business got better and incurable illnesses were survived.

Today, the gospel reflection groups continue to grow.  Eustace has a guidebook and materials – Gospel Reflection in a Box – for men starting a group.  He says he has made all the organizational mistakes so others don’t have to.

“We live in a wounded world,” Eustace says. “Men are coming to the groups because they are hurting.  Then they are filled by the faith, and the healing begins.”

He recalls one man who was devastated after losing his son.  Eustace invited him to the group, but he wasn’t interested. So Eustace gave the man a book he thought would be comforting. Eventually, he read the book, starting coming to a group and now is a group leader. And a living example of faith in our Lord.

“Guys have worked through and been healed from all sorts of addictions,” according to Eustace. “Every week something great happens – the Holy Spirit is really in this room and working.”

Eustace says there are difficult times in life, but the struggle has made him a better husband, father, and grandfather. He maintains his own “spiritual armor” signified by the acronym “ARM” – Adoration, Rosary, Mass.

And while the gospel reflection groups play a key role in the lives of many men, they also formed the basis for a much larger event launched first in 2002 by Eustace and friends: Man Up Philly.

Man Up Philly is a once-per-year conference focused on men to energize and enable men to be better sons, fathers, and husbands, by living their faith and leading their families by example. It is a day filled with inspirational speakers that over the years has included athletes like Mike Piazza, Rich Gannon, Phil Martelli, Fran Dunphy and other notables like Philadelphia Police Commissioner Charles Ramsey and Camden police chief J. Scott Thomson, who are constantly working to bring their faith into their everyday lives.

Man Up Philly has become a major annual event. And it appears to be contagious (yes, Eustace and friends have created May Up in a Box) and is being planned for New Jersey and New York.

For Eustace Mita, the gospel reflection group, combined with his regular practice of the faith, an annual retreat (led by a Legionary), and the grace of God have brought a good life, gratitude, and (like Job) humility.

Maybe more men should be asking to be like Job.

At the beginning of summer, Holly Gustafson challe