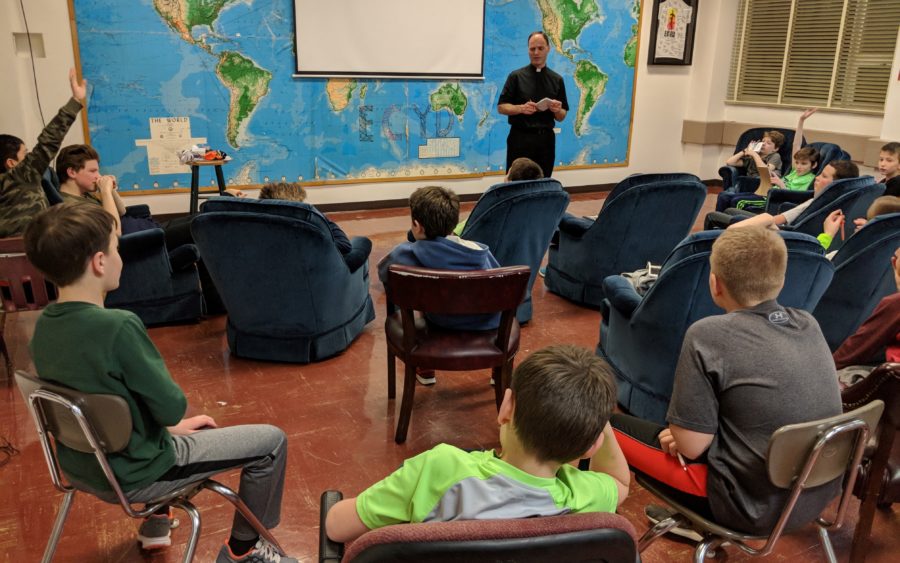 Andrew was one of the young men who was at the camp. He liked how Legionaries help teens like him and noted, “I really enjoyed being able to be with the Legionaries.” This time, as he was one of the older boys at 14, he was a team leader. He explained that experience, “I got a sense that I had a responsibility to help other guys. I thought it was cool to help others rather than just being helped myself.”

Andrew’s Dad, Mark, concurred with the experience of being with Legionaries. Mark drove his son, 8 other boys and another dad in a 12-passanger van 5 hours from the Minneapolis-St. Paul area to the camp. He feels that Legionaries help young men become better people. He commented, “It’s important to have our boys be able to spend some time with the legionary fathers and brothers. It helps them step it up and be ECYD, be men for Christ.”

Mark has been involved in Conquest and ECYD for almost 20 years, since his oldest son was in third grade. He used to run a club with John Scherber, the dad of Fr. Jerek Scherber, LC, who was just ordained a priest. You can read Fr. Jerek’s vocation testimony here.

Mark didn’t just enjoy time with the Legionaries, he also noted how he loved the structure of the camp and the time with his son. He continued, “For me, going on these weekends is an opportunity to spend time with Legionaries and with my son. Both strengthen me. The talks are as valuable for me as they are for the boys. When I share that with my son, it shows him that our faith is important.”

Fr. Chad Everts, LC was recently relocated back to the United States after 24 years in Europe, 17 of those working with ECYD in France. He explained that in France they have more week-long camps but less weekly activities.

Mark also noted how having a Legionary with international experience helps, “When Fr. Chad shared his stories from France, it helped the boys see that this is worldwide, that this is bigger than just what we’re doing this weekend. This isn’t only something we’re doing here in Wisconsin this weekend.” 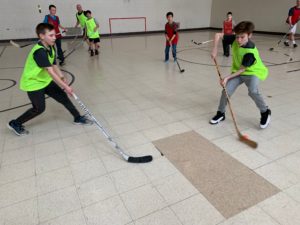 This retreat February 15-18, 2019 had a schedule of sports, virtue talks, prayer and fun for the boys. On Presidents’ Day, the holiday Monday, they went skiing: they had the option to also go Saturday but they decided that more formation time was better.

Fr. Chad’s theme this time was just “ECYD” as many of them didn’t know much about what ECYD is,  beyond the Conquest clubs that some of the boys are involved with. He said, “I really wanted them to discover ECYD.”

This is one of the many ECYD camps for young people around the country. Information about most weekend camps are available on your local Regnum Christi or ECYD website, while summer camps for boys (Conquest) and girls (Challenge) are on their websites. 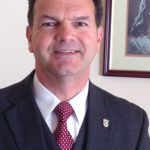 Gerardo Gonzalez Thanks God on His 30th Anniversary of Consecration 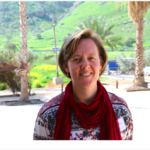