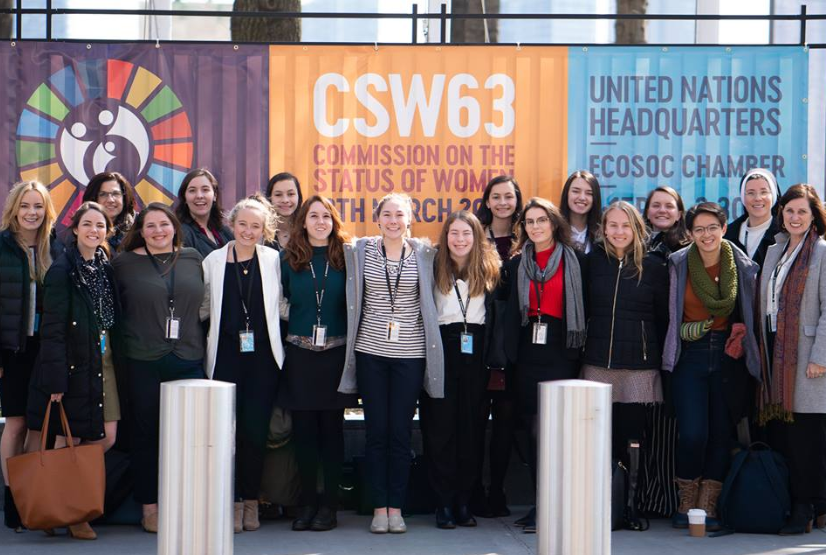 Elizabeth King-Howard has always had a passion for being a missionary in today’s culture.  She grew up Catholic while studying at public school in Maine, and then going on to Bowdoin College, a top-notch liberal arts college, in the 1980’s. Although as a teenager she had felt a strong personal call to say “yes” to Christ in any way that he called her to serve him, in the elite secular college environment she found that when faced with relativism, it became more difficult than she was prepared for.

Her college years made her realize that the top intellectual and philosophical leaders and institutions in our culture were often outspoken in ways contrary to what the Church teaches, and that many young Catholics are simply not prepared to encounter that and come away with their faith intact.

Years later, after moving to Georgia with her husband and children, Elizabeth encountered and joined Regnum Christi. She discovered Pinecrest Academy, enrolled her children, and became a teacher there.   As an educator, Elizabeth has a keen appreciation for giving young people a firm foundation in the faith that will allow them to encounter and confront the intellectual and muddy philosophies that secular society presents, and be able to come through it with a solid Catholic faith.

While she was working at Pinecrest Academy, the very first Fiat Girls to attend the 2009 United Nations Commission on the Status of Women were brought by a parent, Cathy Swygman, who believed it was important for young women of faith to have a voice at the United Nations. The girls had some advance preparation in terms of understanding that sometimes the solutions that this conference presented to protect and defend women at the international level actually run counter to the Church’s teaching on the sanctity of life. But they were caught completely off guard by how intelligent, logical, and seemingly “good” these solutions were, as were the people involved. Instead of seeing things as black and white, for the first time the issues discussed seemed more grey than they had realized.

As Catholic kids in a Catholic school, they hadn’t been challenged by relativism in the classroom yet, or had a chance to develop the critical thinking skills, the knowledge base, and the faith practices that are necessary for stepping into the world without losing their faith. And these were students with the distinct advantage of attending a very authentic, faithful Catholic school that taught more than most, with parents and staff who supported a rich faith life. It rocked their world.

Seeing this brought Elizabeth back to her own experience in college. She was inspired to prepare the students going to the UN to encounter secular culture in a way that she had not been prepared in her youth— to make them ready to confront relativism, knowing and understanding their faith, and knowing where to find the answers without giving up when they were obscure or vilified. The UN conference became a perfect vehicle for engaging young women and drawing them into the journey of building a mature Catholic conviction.

In years following, Elizabeth set the program in motion by solidifying its mission, developing a curriculum, and selecting a name that reflected a willingness to say “fiat” (latin for a personal “yes”) to each of our personal faith journeys.

Elizabeth is still saying yes to Christ’s call to be a missionary. She forms, prepares and accompanies Catholic girls as venture into the epicenter of international thought, the United Nations Commission on the Status of Women, with the Universal Fiat program.

The Fiat Program now consists of a detailed two-day preparatory class which is followed by a carefully structured week in New York. This week provides both active learning opportunities and discussions, as well as retreat and sacramental elements. Fiat participants are surrounded with resources—people and materials—who know and love their faith and who can serve as guides for the students on their personal, intimate journey with Christ. They enjoy the support of several religious men and women, Regnum Christi consecrated women, youth ministers, teachers, schools and parishes, whose guidance is absolutely intrinsic to the experience.

While in New York, the girls encounter questions, and they have the freedom and support to examine them in the light of their faith — questions about gender identity, divorce, political and economic policy.

It is an education in critical thinking, a mini-retreat, a professional conference and a mission trip all in one. Each day begins with Mass and rosary at St. Agnes. Then there is a planning meeting over breakfast until 10 am, and after that, girls attend UN  conferences the rest of the day—observing, taking notes, and comparing their knowledge of the dignity of the human person, solidarity, and the common good (Catholic Social Teaching) with what they’re seeing and hearing from women around the world. At approximately 4:00 pm, the college and high school tracks split to debrief, which is when much of the real learning and digesting takes place. In facilitated groups, girls discuss what they saw and heard throughout the day, explore the ramifications of the initiatives they’ve encountered, and identify and develop their personal responses to the issues.

Brigitte, a 16-year-old participant from Georgia who attended this year’s Fiat UN trip a few weeks ago, said her eyes were opened to the impact of the Catholic Church on a global scale.  As someone who is deeply interested in promoting the true vision of the dignity of women she said that, “hearing from so many different countries who came to the UN to talk about solutions, some that were good, like supporting women’s entrepreneurship, and some that would make things worse, like increased sterilization and legalized prostitution, I saw something different about the delegation from the Holy See.  They showed how the Catholic Church was the delegation with concrete solutions to things like human trafficking and poverty. They were the ones doing things on the ground that actually impacted lives, and not just in one country, but around the globe.”

With God’s grace, the long-term effect of the Fiat experience is that these girls continue to feel embraced by Christ and encouraged to seek his truth (and their own “yes”) all their lives. In a practical way, the Fiat program has been instrumental in guiding many girls to their college majors and careers—from law and medicine, to public policy and international relations, to education and motherhood.

The program is designed to form, accompany and launch girls in their God-given mission— Elizabeth explains that this is the meaning of the word “Fiat” in their name. One of their taglines is  “Universal Fiat–because everyone has a “yes.” What’s yours?”

Fiat Girls agree, this program is life-changing:  Alumnae have chosen colleges, majors and even careers based on their experiences as a Fiat Girl.  In the last two years alone, Fiat Girls have:

In the fall of 2018, Fiat Girls (www.fiatgirls.org) reorganized as Universal Fiat, Inc., a non-profit organization with 501c3 status in progress. This move enables the organization to offer an expanded array of experiential learning/retreat programs and to accept tax-deductible donations, particularly those earmarked for scholarships. New programs will include a summer week similar to the UN week in March, for young women who can’t miss school in the spring.

There is also a leadership and social justice program that can be tailored to schools and organizations, a Fiat Life-Ethics weekend retreat/workshop at Georgetown (piggy-backed onto the National March for Life), and a week-long Fiat retreat in Bracciano, Italy in the works.

Find out more about the program at www.fiatgirls.org.

Life as full-time college chaplain is a busy one.

Today @ecydhouston had an amazing meeting with al

In the third month of Holly Gustafson's blog serie