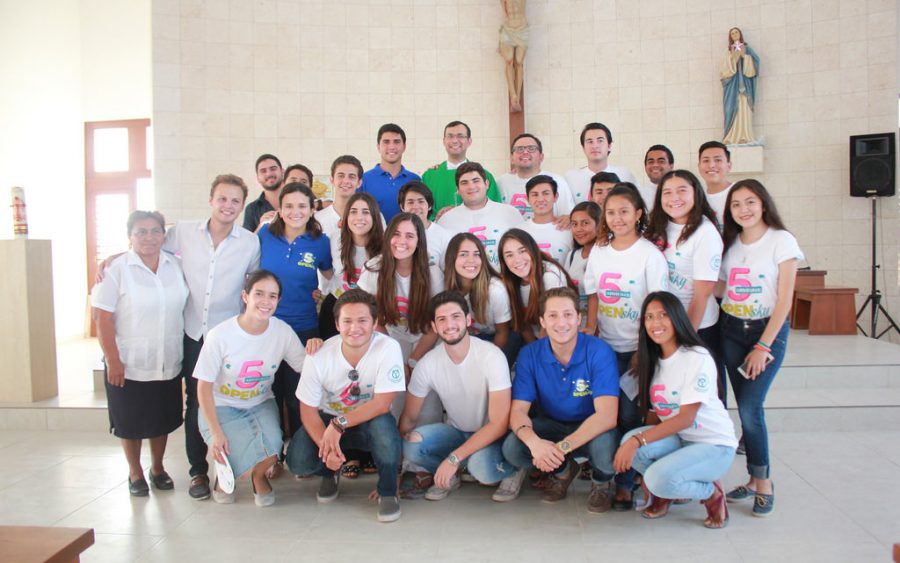 Young Adult sections of Regnum Christi in Mérdia, Mexico organize an event called Open Sky, which tries to help people have a greater experience of holiness while on vacation. This was the fifth year for this apostolate, supported by the diocese of Yucatan. 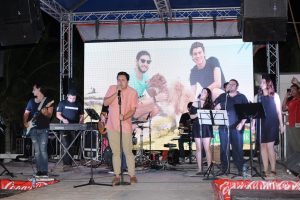 Open Sky took place from July 7 to August 5 in Mérida and surrounding areas, which are common vacation destinations. Open Sky focuses on five areas: social action, fun, spirituality, ecology and sport. Over 4,500 people attended at least one part of the events.

For social action, they organized an outdoor theater every Tuesday in July in a poor area: the Ciénega neighborhood of Chicxulub. Volunteers from Open Sky distributed free popcorn and juice to the attendees.

As a fun event for the volunteers, a kind of homecoming for parents was organized called, “La Romería” (The Pilgrimage). At this event, people ate paella (rice with seafood) on the beach and the 2018 RC activities calendar was unveiled.

Fun was encouraged with another event: The  Music Truck Festival  was held at the equestrian center of Playa Silveira from July 26-29. It included music, good food, a bazaar of clothes and accessories, as well as a karaoke contest and a fashion show. 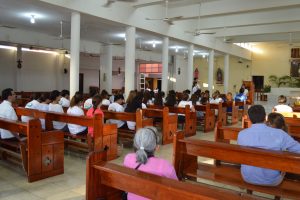 Mass was offered at the beginning and end to nourish the participants’ spiritual life. The Mass at the closing ceremony on August 5 was presided over by Bishop Pedro Mena Díaz, Auxiliary Bishop of Yucatan. Fr. Víctor Mata, LC, director of the Mérida section, concelebrated.

Within the series of events, four Eucharistic hours were celebrated with confessions.  On Wednesday, July 18, participants went on missions, visiting all the communities of Chicxulub.  Over one thousand rosaries were distributed, inviting people to remember to pray to Our Lady this summer.

In the field of Ecology, the last audience of Pope Francis where he exhorted all young people and families to an “ecological conversion” was revisited. This conversation was to raise awareness and pray for the care of the planet.  Two initiatives were promoted: the care of the environment through the dissemination of a message of awareness to vacationers about the management of their waste, and a campaign to protect the birth of sea turtles, which are born during the holiday period in the beach areas.

Finally, to promote being active, on July 21st there was a  Sports Fishing Tournament. It was done together with the homeless shelter, who received all the fish that were caught. 22 boats particpated. 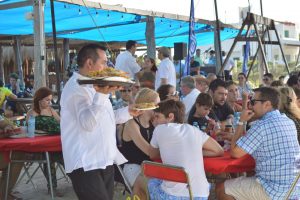 The young adult sections of Mérida has focused events during the summer. Running Open Sky over five years with the approval and support of the Archdiocese of Yucatan, has become considered an alternative for young people and their families.

Along with this being the fifth anniversary, the young adult Regnum Christi members did this all in view of this Fall’s synod on youth in the Vatican. They feel that it is important to see how the deeper needs of young people can be integrated with their interest in fun and vacation.

Read the original on Somos RC, the Regnum Christi site for Mexico.

RCMC Summer 2020 is on. Hitting the streets of Chi

The Legionaries of Christ are pleased to announce 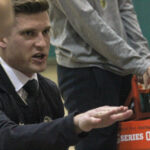