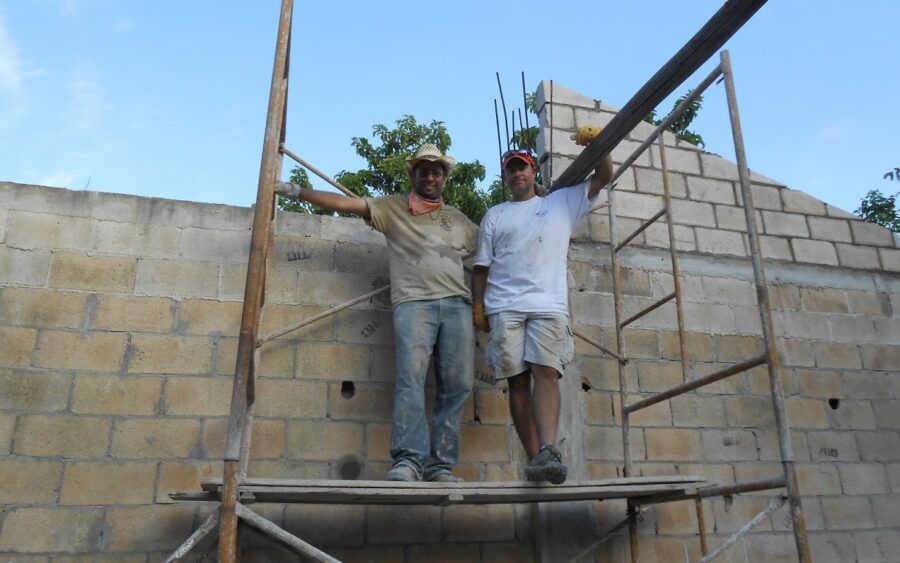 This was the feeling that inspired Alex Caraballo, along with Legionary priests Father Peter Devereux and Father Juan Guerra, to organize a men’s mission trip to Mexico over ten years ago. “We were looking to do something for men, because we thought there was a gap,” says Alex, a Regnum Christi member from Atlanta, Georgia who was looking for an appealing approach to engage men in their Catholic faith. “There needed to be a great way to help form some of the men, take a different perspective, and potentially start their journey to be a leader in their communities, in their families, by living their faith deeper and stronger.” 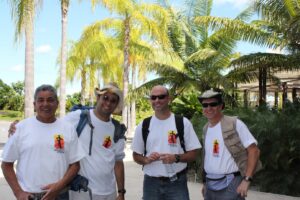 That initial mission to Mexico was just the beginning; since then, Alex has been helping to facilitate mission trips all over the world, to countries like Jamaica, Guatemala, Ecuador, and Cameroon. Designed specifically to call men to serve God in a new and challenging way, these missions have evolved over the years to include father-daughter and father-son trips, and have sometimes coordinated with Regnum Christi families across the globe.

The activities of each mission vary, depending on the unique needs of the particular community the men are serving, but might include anything from visiting orphanages and HIV clinics, to fixing run-down churches or rebuilding houses destroyed during a recent earthquake. One activity common to every mission – and one that Alex considers integral to the mission experience – is door-to-door visits with the members of the local community. “It’s something that the men are not comfortable doing, but it is something that we always incorporate,” says Alex. “The goal is for us to literally just be open to the moment and act on it.”

It is often these spontaneous moments of relationship that have the greatest impact during a mission. Alex recalls one particular story from his very first mission to Mexico: 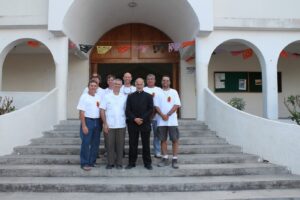 “I had a rosary that someone gave me from Medjugorje, and I loved it – I prayed that rosary all the time. But every time I passed this one young man, something told me to give this guy the rosary. I kept telling myself, ‘But I kind of like this rosary!’ So, I finally gave it to him, and explained to him where it came from, and left it at that. On the way back, Father Juan was talking to us at dinner when we were finished and he goes, ‘Hey, it was amazing that that kid was always helping us, and every time I’ve come to this town, he’s never gone to church, but this week was the first time I’ve seen him at church!” And it had nothing to do with me, but I think it had something to do with Our Lady, and the gift – that small gesture of kindness that changed something in him, and made him decide to go to church.”

Despite the diverse variety of countries and missionary activities that the men participate in, one thing the mission locations all have in common is that they require the men to step out of their comfort zone – and their own country – into an unknown and often uncomfortable environment. And that’s not easy. “When you go outside of the U.S., where you don’t know the currency, the language, the location that we’re in, you’re a lot more dependent on God, than if you’re doing a mission trip in [your own city], where you can just get in your car and drive home, where you don’t have to worry about food, safety, all the fears that you would normally have. You know your area, so you tend to rely more on yourself,” says Alex. “In the mission trip outside of the U.S., you have more dependency on God, because you don’t know the environment.” 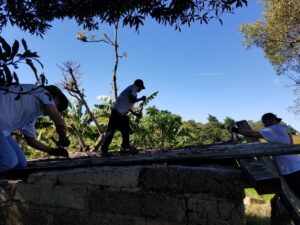 And that increased dependency on God in the men who attend is, according to Alex, the true goal of every mission. “I think a lot of the time, like in many missions we go on, a lot of the new men go with the expectation that they’re going to change the world there, that they’re going to have a huge impact, when in fact, they’re the ones who come back changed,” says Alex.

Never was that so apparent as during the father-daughter mission that Alex helped coordinate with the Missionaries of the Poor in Kingston, Jamaica. The men and their daughters ministered to patients at HIV clinics, to mentally and physically challenged individuals at community centers, and to infants and children at the local orphanage. The days started early  – at 5:30 in the morning – with prayer and adoration, and the fathers wondered not only how their teenage daughters would take to waking up much earlier than they were accustomed to, but also how they would react to serving the most vulnerable members of the Kingston community. But the girls surprised them, and in fact, became the models of true missionary spirit to their fathers, instead of the other way around. “It was so impressive to see the young ladies and their reverence, with kids that have really severe mental or physical disabilities… to see our daughters feed them, change their clothes, and bathe them,” says Alex. “To see your eleven- or twelve-year-old daughter being a missionary is pretty powerful.” According to Alex, the gracious and simple service that the fathers witnessed in their daughters was an important moment for the men, and in particular, for the doctors on the trip. “Guys like to fix stuff… the doctors really struggled, because they’re used to healing,” says Alex “So for us, it was really more of a conversion of our hearts… because we couldn’t fix people, all we could do was actually try to love, be there, take care of them, so that was a big shift.” 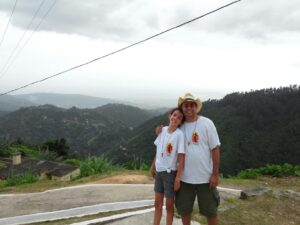 This type of change in mindset and conversion of heart is the transformation that Alex hopes and prays will come out of each if the missions he plans, but he knows it’s not up to him to bring it about: that’s up to God. “I got feedback one time from a wife who said, ‘You know what, I like him going to this, because he comes back better than he left,’ so she encourages him to go,” says Alex. “And that’s nothing that we do. Our job is simply to find a place, a location, and then God does the rest. We’re just kind of the instrument that makes that happen.”

For this reason, Alex doesn’t worry about whether or not the men will be inspired, or experience a conversion, once they’re on the overseas mission. That’s not up to him. “Each man is on a specific journey, and it’s not my place to say where it is or what it is. The journey is completely different for each and every man; some are looking to deepen their faith, some are starting their journey in their faith.” says Alex. “My job is very simple – I just get you there, and give you the tools to work. We follow a simple format of prayer, reflections, work, visiting the community and living with the community, and God does everything else.”

Fortunately for Alex, he’s had the opportunity to witness the fruits in the men who’ve participated in the overseas missions that he’s facilitated over the years. During his most recent mission to Guatemala, he invited a man named Michael who knew he wanted to grow in his Christian faith, but wasn’t sure if that faith was going to be a Catholic one. During the mission, he became convinced that he belonged in the Catholic Church. “Before our trip, I was just deciding I wanted God in my life, but I wasn’t sure if Catholicism was the route for me,” says Michael. “The fellowship, mentoring, and an amazing trip sealed the deal for me.” Michael converted to the Catholic Church earlier this year.

Another man who went with Alex on a mission to Cameroon five years ago recently shared with him that he still prays the Litany of Humility that they prayed every day during the mission trip, and still wears the missionary cross he received there. “He still wears it, but it’s broken, it’s not even the full cross. He only has half of it, so he’s basically wearing a stick, but he wears it!” says Alex. “So God plays an active role, and you hope that when everyone gets back, they’re a little bit different, a little bit better, and continue to work and build and grow their faith.” 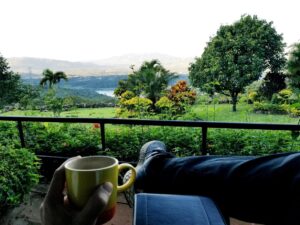