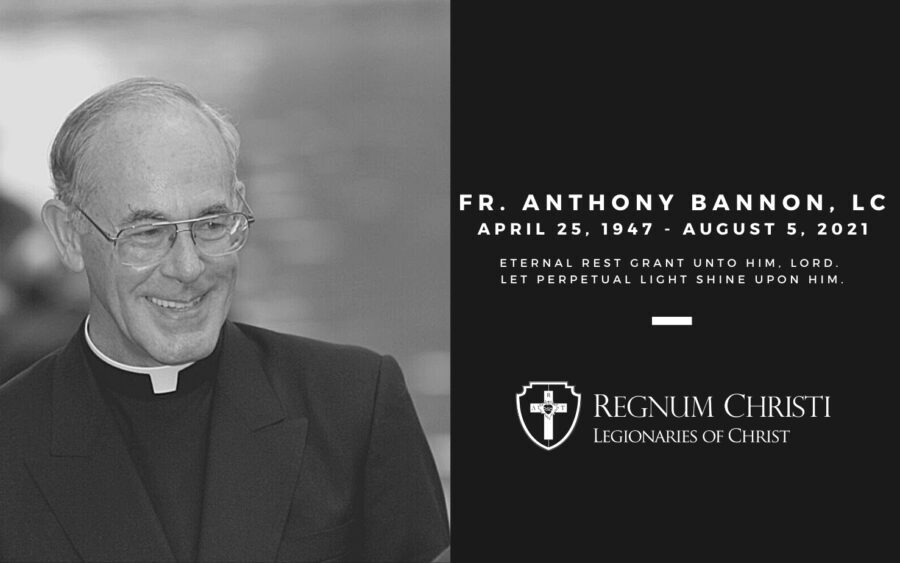 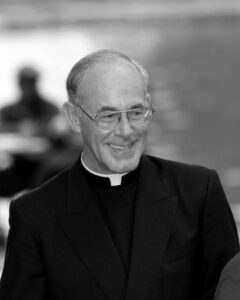 In the early hours of August 5, 2021, at the age of 74 after health complications arising from cancer, the Lord called Fr. Anthony Bannon, LC, home.

Fr. Anthony joined the Legionaries of Christ in his hometown of Dublin, Ireland, in September of 1964. Ordained a Legionary priest in December of 1975 at Our Lady of Guadalupe Shrine in Rome, Italy, he would spend the next nearly 50 years serving the Church, the Legionaries of Christ, and Regnum Christi in a wide variety of roles that took him around the world, to Mexico, the United States, Canada, and Europe. Fr. Anthony was instrumental in the foundations of the Legionaries of Christ in a variety of locations, including New York, New Jersey, Michigan, and Washington, DC, as well as Canada, Australia, New Zealand, the Philippines, and South Korea. In addition, Fr. Anthony participated in all the General Chapters of the Legionaries of Christ from 1990 to 2021, and was a member of the Central Commission for the Revision of the Constitutions since its inception in 2010. He is also the author of three books on vocation, published by Circle Press: Peter on the Shore: Vocation in Scripture and in the Real Life,Launch into the Deep: A Scriptural Retreat on Vocation, and Vocation: Questions and Answers.

To Fr. Anthony’s Legionary brothers in Christ, he was a man of great courage, profound faith, and a relentless love for and dedication to the Church and Regnum Christi.

An inner fire to extend the Kingdom

Fellow Legionary priest, Fr. Scott Reilly, considers Fr. Anthony to be a pillar for the Legionaries and Regnum Christi, and one who never tired of accompanying souls towards their vocation. “I think one of the greatest legacies that Fr. Anthony has left us is the importance of vocational work, which he never lost focus of,” says Fr. Scott. “You could see him brim with joy as a new vocational prospect visited our novitiate – he had such an inner fire to extend the Kingdom.”

Fr. Scott shares the story of his own call to the Legionaries of Christ, and Fr. Anthony’s instrumental role in helping him to discern his vocation to the priesthood:

“I visited my brother, Fr. Steven, in 1983 when he was a novice in Cheshire. I had been thinking about the priesthood for a few years by then, and enjoyed my experience with the novices – they were strong, fervent in prayer, and spot on with their love for the Church. I bumped into Fr. Anthony in the hall, and we talked for about an hour. Deep down, I wanted him to push me more to join, but he was so respectful and gave plenty of space for my free will.

I was apprehensive to join, so I told Fr. Anthony that I would finish high school and then go to the novitiate, but the decision did not sit well with me – I had a nagging feeling that God wanted me to join. After speaking with a novice for almost an hour, I was convinced that I should join the apostolic school that fall.

I began to look for Fr. Anthony to tell him this. I searched the chapel, but there was no sign of him. When I asked someone where he was, he said that Fr. Anthony was playing soccer! I met him as he walked up from the field and shared with him what had gone on in my heart. He smiled and said that he would stay in contact. I wrote to him every month from that moment, and he wrote me back. With so much on his plate, he took the time to write. That was Fr. Anthony.”

A model of hard work and sacrifice 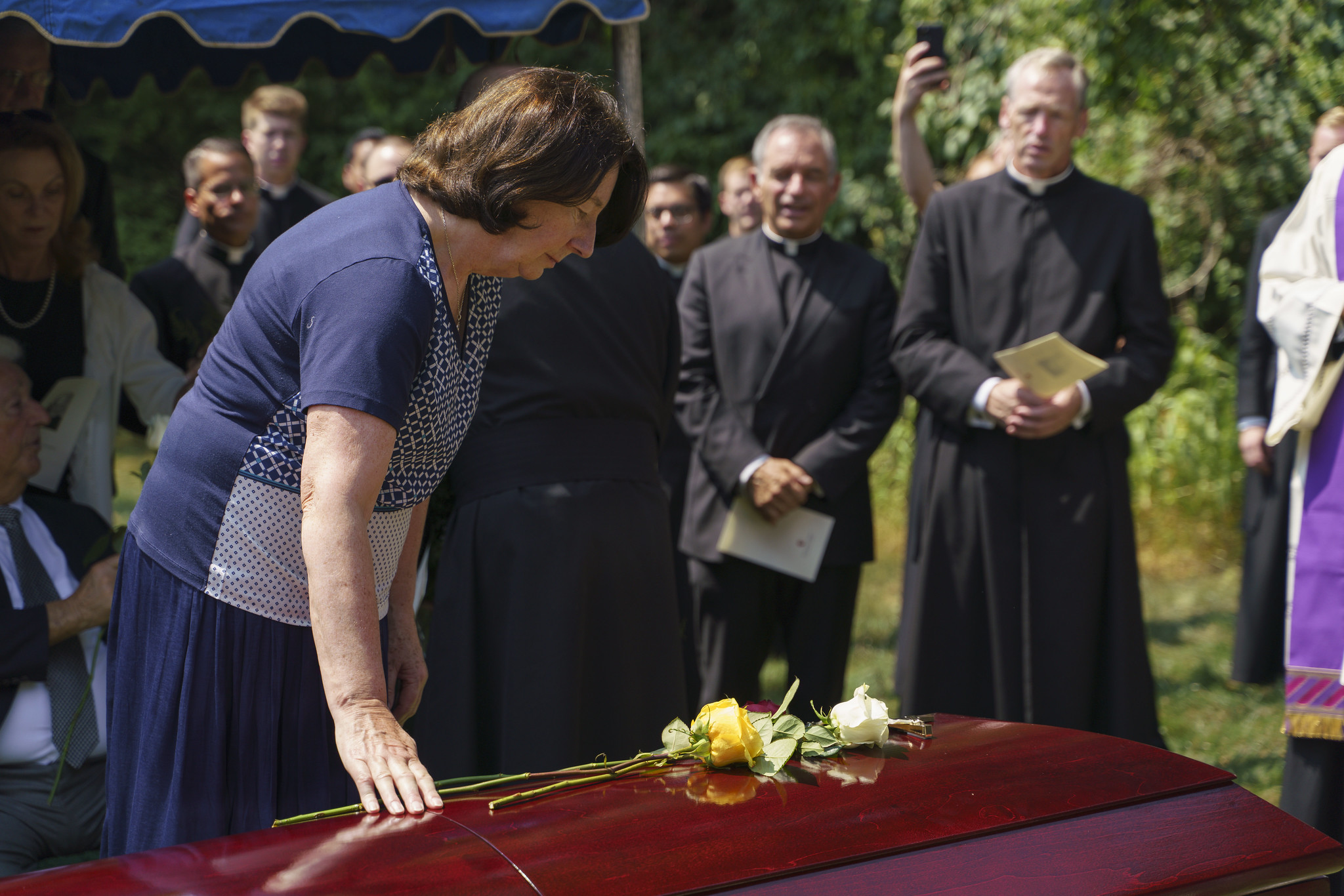 Fr. Emilio Diaz-Torre, LC, describes Fr. Anthony as a great pioneer and missionary in North America, as well as Australia, New Zealand, the Philippines, and South Korea. “Fr. Anthony never stopped challenging us to think big, and inspired us all with big ideals,” says Fr. Emilio. “We had the famous ‘month of work’ with the novices, and Fr. Anthony was always the first one to pick up the hammer to make things happen. He was a great organizer and a motivator to get the job done, and he was humble enough to let us do things – he trusted in his team. Every year, we had a new project going, and Fr. Anthony formed us with his example of hard work and sacrifice.”

Fr. Joseph Burtka, LC, would agree; he describes Fr. Anthony as deep, reflective, serious, and above all, hard-working. “Fr. Anthony was really an exceptional gift for the Legionaries of Christ and Regnum Christi,” says Fr. Joseph. “He was always on the go, always looking for new opportunities. He once told me that he had seen the entire USA from behind the wheel of his car.”

A caring formator and a man of prayer

Despite Fr. Anthony’s relentless dedication to vocational work, which kept him busy and constantly on the go, he never forgot that the foundation of the life of an apostle is prayer. “Fr. Anthony’s work was always accompanied with a strong prayer life and sacrifice,” says Fr. Emilio. “He knew that the backbone of an apostle was spiritual direction, spiritual exercises, and retreats. He himself prepared them and formed us through them.”

Fr. Burtka recalls the spiritual formation he himself received from Fr. Anthony. “He had a tremendous love for the Legionaries of Christ, for the Church, and for the Pope. When he gave us conferences, these gifts really shone through. Having him at the helm gave us confidence and inspired greater zeal for extending the Kingdom.”

Fr. Scott experienced Fr. Anthony’s tender pastoral care and spiritual accompaniment many times throughout his one vocation, but one experience at spiritual exercises stands out for him. “I was midway through spiritual exercises, and asked to go to confession with Fr. Anthony. After I confessed, he spoke words that brought soothing grace to my aching heart. He said, ‘God didn’t choose you for what you are, but for what you will be with his grace.’ That brought clarity and strength in a moment of need.”

A legacy of faith and courage

Fr. John Connor, LC, General Director of the Legionaries of Christ, delivered the homily at Fr. Anthony’s funeral Mass, held on Wednesday, August 11th at St. Bridget of Sweden Parish in Cheshire, Connecticut, and described him as a simple man, humble yet passionate, who gave his life generously to Christ and the Church. Fr. John shares a story recently published by Fr. George Elsbett, LC, of how Fr. Anthony had ministered to him in a heroic way. In the early 90s, before he had even had the thought of becoming a priest, Fr. George experienced a crisis of faith that found him every day literally crying out to God for help. It suddenly became clear to him that there was only one thing that could pull him out of this crisis: confession. At the time, Fr. George didn’t know any priests other than Fr. Anthony, whom he had met a few years earlier. With some effort and help from friends, Fr. George, from his home in British Columbia, Canada, tracked down Fr. Anthony’s phone number in New York, and called him up, explaining that he was losing his faith and needed confession. The very next day, Fr. Anthony took a five-hour flight to Seattle, Washington, then made the ten-hour drive to Fr. George’s family ranch in northern British Columbia, heard his confession, and went back home. For Fr. John, this story was characteristic of Fr. Anthony’s courageous and zealous love for souls. “Fr. Anthony was a true soldier of Jesus Christ,” said Fr. John. “Through his faith and courage, many of us discovered our call to follow Christ more completely, more passionately, more concretely. We may not be here today if it wasn’t for Fr. Anthony’s faith and courage.”

Above all, Fr. Anthony will be remembered by his fellow Legionary brothers and his Regnum Christi family for his fidelity to Christ, to the Church, and to God’s will manifested through the Legionaries of Christ and Regnum Christi. “Fr. Anthony never wavered, especially when the news of the founder was public,” says Fr. Scott. “He showed us that Jesus Christ has always been the center of the Legionaries of Christ and Regnum Christi, and Christ is all we need. We will miss Fr. Anthony. His example of self-giving without regret is a great legacy.” 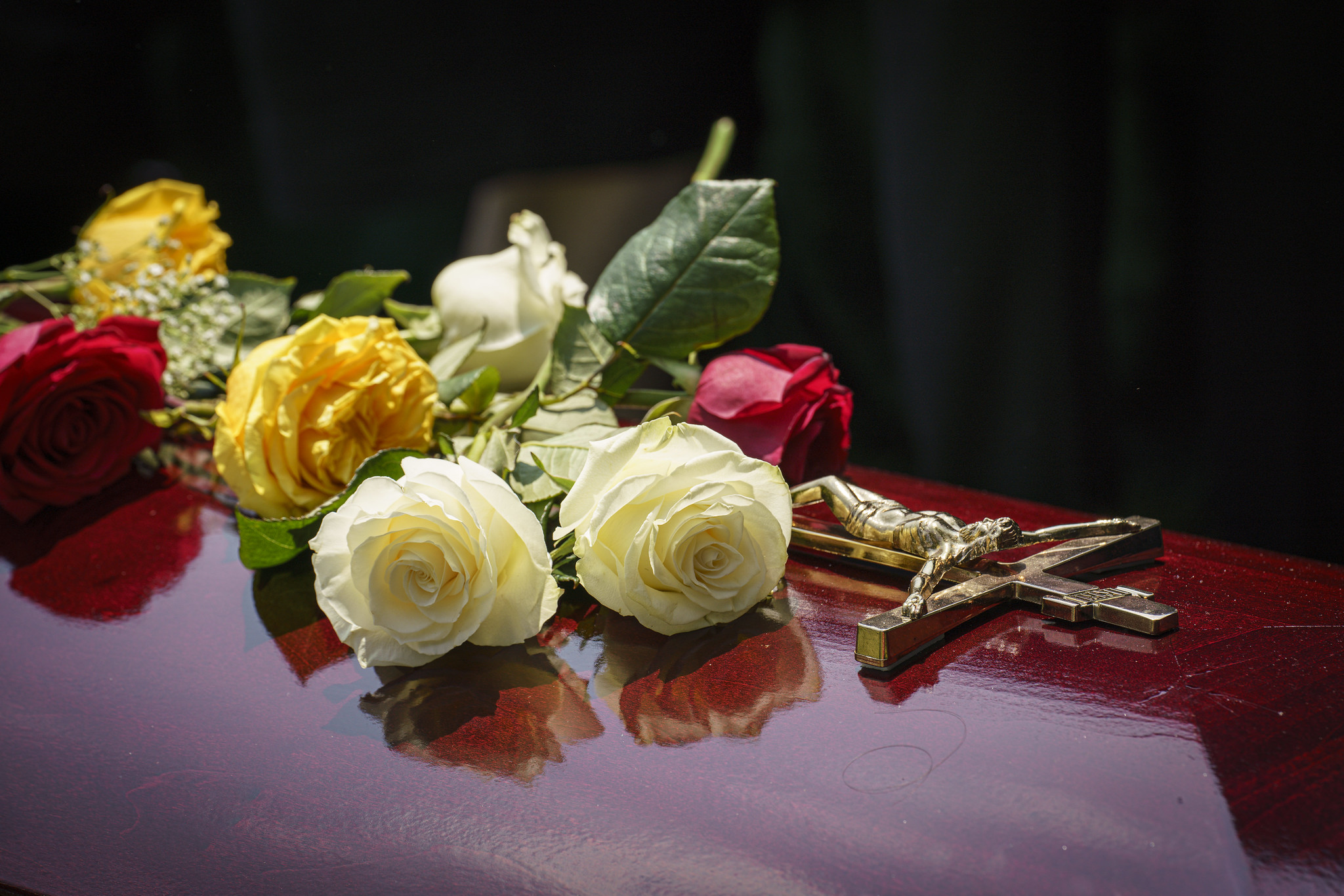 To view videos of Fr. Anthony’s funeral and wake, or to watch a video made in celebration of his life and service to God, follow the links below, or see the complete YouTube playlist for Fr. Anthony Bannon, LC:

Welcome to the high school boys from Sacred Heart