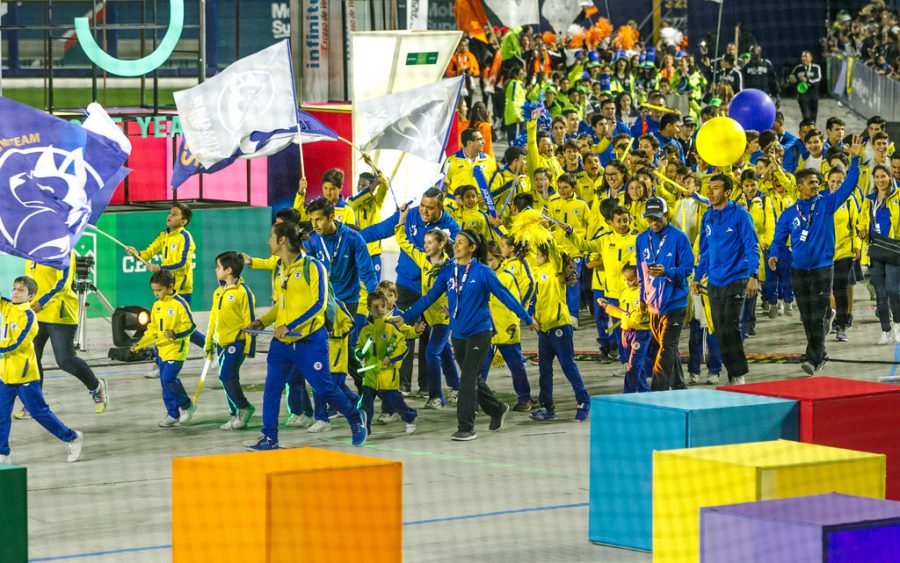 Schools associated with Regnum Christi, mainly in Mexico, came together in Monterrey for a sports tournament. This was the 37th annual tournament and fourth in Monterrey. 35,000 came to see students from Semper Altius School Network and the Mano Amiga Schools compete.

The Friendship Tournament 2018 took place from October 28 to November 6 at the sports facilities of the Autonomous University of Nuevo Leon, the High Performance Center, and the Campestre Club of Monterrey with the participation of 8,105 athletes from more than 80 schools in Mexico, the United States, El Salvador, and Venezuela.

The objective of the 2018 tournament was to promote sports among children and adolescents, offering them a space for healthy competition that will help them to forge their will, commitment, companionship and commitment. Also making sports a bond that strengthens friendship ties between all the families of Mexico and abroad of the Semper Altius and Mano Amiga Schools Network.

On this occasion, the motto of the Friendship Tournament was: “United always in love.” The gola of the motto was to foster unity and fraternity among the schools, living a true sense of faith, honor and respect, achieving not only the victory in the field, but a true triumph of heart.

At 6:00 pm on Thursday, November 1st, the 2018 Friendship Tournament began at the Monterrey Baseball Stadium, the home of the Sultans (triple-A baseball), where the delegations of the more than 80 schools paraded along with its directors and coaches of the 13 disciplines. Authorities of the Semper Altius School Network were present as well as the territorial directors of Monterrey, Mexico and Central America, and state authorities.

At the end of the delegations’ parade, the event concluded at night with a dance show and pyrotechnic games that thrilled the more than 35 thousand attendees.

For the first time, the Fair Play Semper Altius Program was presented, which seeks to propel, encourage and promote all the values that sport, fair play and healthy competition encompass and that are experienced daily within the classrooms of Regnum Christi schools. “The real victory is not achieved with the tangible triumph of one team, but with the camaraderie, the friendship, the healthy competition with which each party is lived,” said Federico Clariond, father and head of the communication committee of the Friendship Tournament.

The Friendship Cup is given to the delegation that lives the values of the tournament to the fullest: dedication, respect, friendship, joy and honor. On this occasion, the winner was the Instituto Cumbres Oaxaca: its director, Sylvia Vargas, received the cup.

During all the days of competitions, Masses were celebrated by delegations where those present could offer their effort to God for different intentions. In addition, several priests were confessing and accompanying the assistants in spiritual direction. Chapels were also installed for adoration of the Blessed Sacrament. 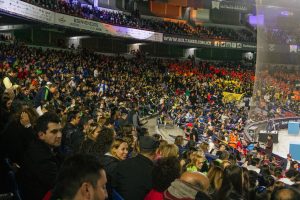 Mass with the Archbishop of Monterrey

On Sunday, November 4, a Eucharistic Celebration was presided over by Rogelio Cabrera López, Archbishop of Monterrey, and concelebrated by Fr. Paul Lara, LC territorial director of Monterrey and about 40 Legionary of Christ priests, with the assistance of competitors and parents.

During the homily, Archbishop Rogelio Cabrera congratulated and thanked all the attendees for having traveled to this city, but above all for his presence and prayers that are very beneficial for the Church of Monterrey. He reflected on the friendship that is a human value but also a divine and spiritual value, because the Eucharist is the sacrament of friendship and love: “Love is the most important thing of the Christian faith, that is why Jesus repeats the words of Deuteronomy… you and I profess love. “

The Mass was accompanied by the choir of Regnum Christi Consecrated Women and Lay Consecrated Men, and acolyted by the brothers of the Novitiate of the Legionaries of Christ in Monterrey.

Luly Clariond, Regnum Christi consecrated woman and director of the Semper Altius School Network commented: “Friendship is a gift, it is opening the heart without fear: it is surrender, struggle, sacrifice, it is to seek the encounter with the other, it is to grow together , is to live loving and being loved. Being a friend is doing small or big things to help the other grow. To be a friend is to watch over the other and see yourself in the other, it is also to see Jesus in the other. “

The Friendship Tournament is one of the sporting events with the highest number of registered athletes, surpassing the Pan-American Games. 8,105 athletes participated in this edition, which translates into more than 9,392 individual events and more than 1,500 matches from different disciplines in 48 courts.

The mascots of the Friendship Games 2018, Ana and Santi, who accompanied the athletes all days of competition, are lions that symbolize strength, tenacity, greatness and teamwork to achieve survival. 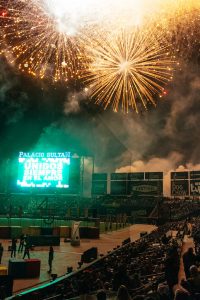 In the 37th edition of the Friendship Games, the Mano Amiga Schools, which Regnum Christi run to help the poor, had an important participation with 421 athletes, 28 coaches, 12 directors and 41 teachers from 13 schools. These students were able to stand out in the Hall of Fame of various categories such as 7-Man Soccer, Indoor Soccer, and Softball.

Daniela Pulido from Mano Amiga León won 9 medals in swimming and the trophy as the best athlete in her category. Alejandro from Mano Amiga Santa Catarina won the trophy for having won 5 gold medals in 5 athletic events. Mano Amiga Chalco’s softball team was undefeated and were back-to-back champions. The soccer team of Mano Amiga Guadalajara returned to be champion for the third consecutive time.

“For our children of Mano Amiga, the Friendship Tournament is a dream that makes them discover the great family to which their school belongs, and opens an infinite horizon for their lives. It means having shared love with his brothers, experiencing love carried out through multiple details and gestures of attention and affection, “said Javier Vargas, consecrated layman and director of the Mano Amiga Schools.

The 2019 Friendship Tournament will be in Aguascalientes.

The story was translated from the original on Somos RC, which also includes links to medal tables, the Archbishop’s homily, etc.