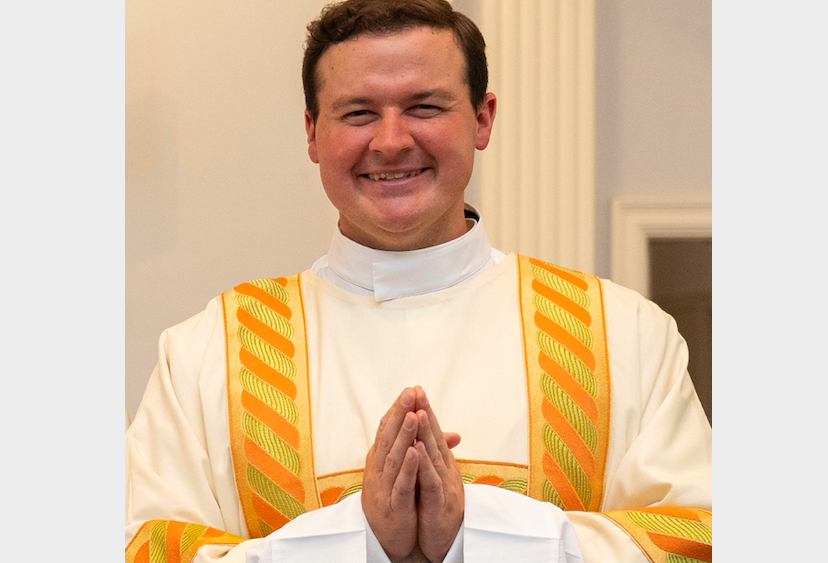 Deacon Christopher Gronotte, LC, will be ordained to the priesthood on Saturday, August 1st, 2020 at 10:00am, Eastern Time. You can watch the livestream of his ordination here This is his vocation story. 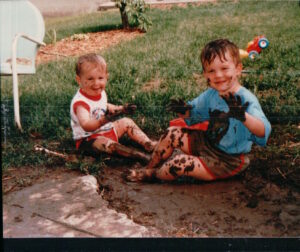 Coming from Kentucky, I always enjoyed the simple things in life. I guess I get that from my Dad. We didn’t say much, but we always enjoyed each other’s company. My mom made sure that we did our prayers, especially the family rosary which we never missed. My normal Catholic boyhood was changed up when my parents moved me from our parish school to Royalmont Academy, the Regnum Christi School that was just starting in Cincinnati.

Over the next few years, Legionary Priests and Brothers would come and visit the school to invite us on retreats and summer camps. I loved going to the camps, meeting all the different boys my age. Then my brother joined the apostolic school in New Hampshire and I thought, “What?! He just left me here with my sister! I want to go too.” I only wanted to go to that school, just like my brother. I did almost everything with my brother, I looked up to him a lot. He was fun and popular, athletic and had a lot of talents. Much better than I, I told myself. So when I was filling out the application, I looked up and asked, “It asks, ‘Why do you want to be a priest?’, but I don’t want to be a priest, I just want to go there.” 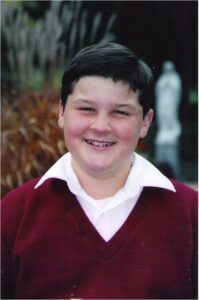 I continued on through formation and loved every minute of it. I really loved staying busy and working with my hands, tiling floors, remodeling rooms, cutting grass, even secretariat work. Though I wasn’t very good at sitting down to study, I made it through just fine. I was, you could say, a happy camper. I had found the place I loved. I looked up to my older brother, who was always ahead of me in formation, but his legacy kind of hung over me. I can never be as good as him, I thought.

A big part in the maturing of my vocation happened during internship. I was sent to Louisiana for my first year. The people of Louisiana were amazing and will always hold a place dear to my heart.  Then I was transferred to Atlanta, to work as campus minister of the Lower School at Pinecrest Academy. Once again, I felt so welcome and at home. Every day was a lesson in simplicity. It was such a joy to be around all those kids, who taught me more lessons than I could ever imagine.

It was a great time of maturing because I had to make my vocation my own. I had been pretty slow in my discernment. I loved everything I was doing and was totally happy, but I still had a feeling I was just going along without really questioning too much if this was where I should be. On top of that, quite a few fathers and brothers were leaving the Legion right around then because of the scandals of our founder, so I couldn’t continue on anymore just because that’s what everyone else was doing. I began to ask myself why I shouldn’t just go home too. This difficult time forced me to be more serious about my vocation and make it my own. During one of my yearly spiritual exercises retreats, after night prayers one night, I went outside to think. As I walked around under the moon and the stars, I felt God’s presence very close. I thought of all the great men that had passed through the halls of our seminary in Cheshire and all I could think was, I would never add up to be one of them, I would never even be as good as my brother. Then I felt God tell me it was okay, that I don’t have to be like them. He loved me the way I was, and this is where He wanted me. It gave me a lot of peace and a security in my vocation that I hadn’t had before. No longer did I have to try to be like my brother or anyone else, God loves me as his own Son, He loves me as I am, with all my strengths together with all my weaknesses. 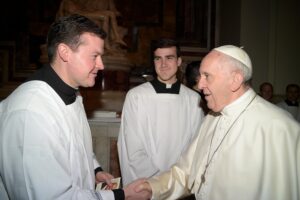 Going back to Rome to finish my studies was tough. Many priests and brothers I knew had left because of the scandal, so I felt like I was going to Rome alone. It was like, “Why am I here? Where is everyone else?” At that time, I had already been in the Legion for 10 years and if you count my years in the apostolic school, it was 15 years. A lot of families knew that I had been around for a while already and so they would ask me as I was leaving, “so how much longer till your ordination?” expecting to hear maybe 2 years or something… and I would answer, “Oh, maybe 5 more years…” That caught them by surprise and it also made me think, “why is this taking so long?!” Then in prayer, it struck me that I was living my vocation to the full right then and there. I didn’t have to wait. This helped me to live the present moment a lot more, which brought me a lot of peace. My vocation is not just to be a priest and it doesn’t just start at my ordination. I am a religious, consecrated to God, here and now. So, when I left being someone known and counted on for many responsibilities and became just another brother studying in a foreign country, I realized that I could save souls in whatever I was doing. If God wanted me to sit at my desk and study all day long, why couldn’t He use those graces that I was winning by my fidelity to Him to save more souls, and why not even more souls than someone who was working out in some apostolate somewhere? So that was my new apostolate. I saw that there was not really any rush to get to ordination, because I was living my priesthood already. 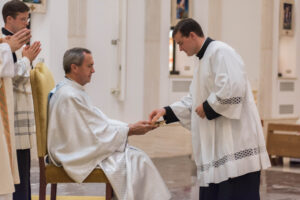 After one year in Rome, I did a month-long silent retreat, and at the end I would make my perpetual profession, the final, definitive one. As that day came closer, I asked God for rain as a sign of His grace raining down on me. Then I thought, “Well, that’s not very nice for the other brothers, I bet they would like a sunny day. Whatever you want Lord.” So the day of my profession arrived, bright and sunny. But as the mass went on, I could hear a storm brewing outside. Right when I was kneeling down, as it was my turn to say my name for my perpetual profession, a crack of thunder rang out. “Wow Lord”, I thought. Back in the sacristy I asked at Fr Hernán, my rector, “Did you hear that?!”

“Si carísimo! It was just like the baptism of Jesus, like God was saying, ‘This is my beloved son, in whom I am well pleased.’”

“That’s just what I thought!” I said. As we went outside for pictures, it was bright and sunny again. I treasured that moment as a special gift from God, a little tailor-made affirmation, just for me. After the profession, we had another five days of retreat and that was like my honeymoon! I soon came back to earth again, but with a deeper conviction of God’s great love for me, which I hope to spread to all the souls I meet.