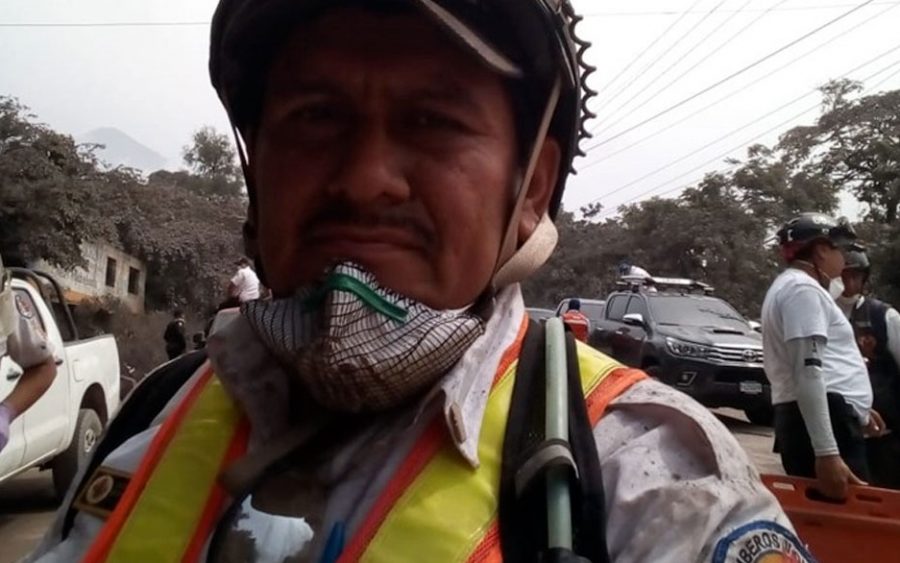 Oscar Sotoj is a Fulltime Missionary (ETC – Evangelizador del Tiempo Completo) in the parish of Santa Lucía, in the Diocese of Escuintla, Guatemala. For some years, he trained as a volunteer firefighter and on his day off he helps out with emergencies in the communities. His children, Lesly and Oscarito, also trained to be volunteer firefighters following their father’s example.

On June 3, the Volcán de Fuego (Volcano of Fire) in the State of Escuintla, Guatemala, erupted, expelling lava and pyroclastic material, affecting many families that lived close by. Oscar, who was already at home with his family, received the call for help to support the people affected by this natural disaster.

It was hours of intense work, from Sunday night to Tuesday afternoon, putting Oscar’s life in danger at least twice. Later, there was a second explosion and the inhabitants had to run two kilometers without stopping to survive.

“I ask you to pray for me because we are in grave danger,” the Missionary wrote to his director. At the end of the day, the international rescue protocol dictates that rescue work will cease after seventy-two hours of searching.

“Believe me, I knew that many people were praying for me and for my companions. There is no doubt that loving God, serving others in a concrete way, is the clearest way to give your life, not only by bringing them closer through evangelization but also by saving your physical life,” said Oscar Sotoj. 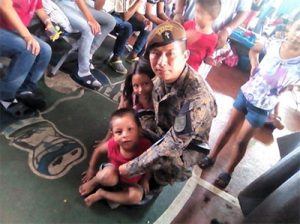 Pablo Miranda, Fulltime Missionary in the parish of San Miguel Arcángel of the Archdiocese of Guatemala, provides chaplaincy service to the Guatemalan army and in previous years has traveled to the Democratic Republic of the Congo and Africa to spiritually accompany a contingent of Guatemalan soldiers.

Normally, the chaplaincy service is Monday-Friday inside the Guatemalan army’s facilities. However, the weekend of June 9 and 10 was an exception: they worked Saturday and Sunday and left their army camp to assist people affected by the eruption of the Volcán de Fuego in the State of Escuintla, Guatemala.

Pablo, or “Pablito” (a customary nickname), was accompanying many families, but now the recipients were not soldiers or officers, they were families and people who were living in shelters in Escuintla.

Pablito’s task was to give spiritual support to all the affected people, many of whom lost everything they had, including close relatives.

His formation as an ETC allowed him to develop a spiritual sensitivity to detect the need that others have to believe in God. During the relief work, he was with other companions visiting several shelters during the weekend in Escuintla. In all of them, they did the same work: to show others that God is a loving father.

Between talks, conversations, prayers and sometimes even songs, Pablito has known how to bring the merciful love of God to many people who, in situations like these, need words of encouragement and consolation. 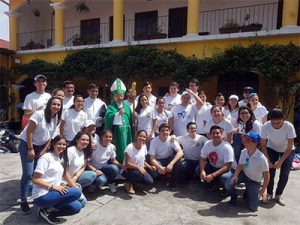 United in the same mission

On Saturday, June 9, young Regnum Christi members from Guatemala held a mini-soccer tournament in order to raise funds and travel the next day to Escuintla hostels to support the work. There, they helped classify clothes and accompany young people, adults and children who were in shelters.

On Sunday, June 10, the young people traveled to Escuintla to participate in the bishop’s Mass and to support the shelters affected by the eruption of the volcano in the community of Escuintla, Guatemala.

To speed up the work, they were divided into two groups and one of them visited the parish of Santa Lucía. The young people were accompanied by Fr. Oscar Cabello, LC, who directs RC in Guatemala. After the Eucharistic celebration in the village of San Pedrito, the young people and Fr. Cabello, heard the first-hand experiences of Oscar Sotoj, who that same week participated in the rescue tasks of the families and people affected by the volcanic eruption.

As a sign of their closeness in prayer, the young people of Regnum Christi gave Oscar a spiritual bouquet to show their support, both to him and to the other firefighters and their families.

The love of the Church and Regnum Christi united them in a single mission: the salvation of souls.

Read the original on Somos RC, the Regnum Christi site of Mexico.