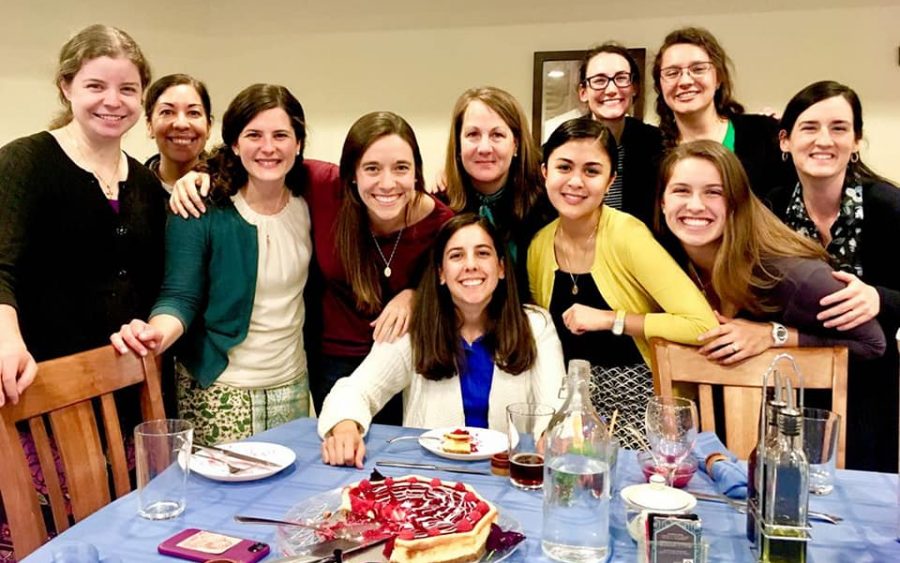 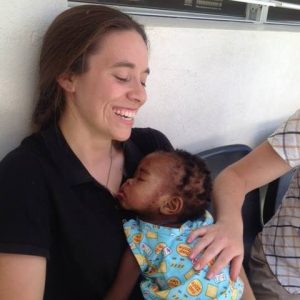 Emily Roman, from North Carolina, has been a consecrated woman since 2007. She spoke about her vocation to the consecrated life as part of National Vocation Awareness Week.

Can you tell us a little bit about your family background and how you met Regnum Christi?

Well, my family is the reason that I met the movement. My dad, the family’s spiritual pillar, got involved in Regnum Christi first. When I was very young, we moved from Maryland down to North Carolina and, soon after, he met Regnum Christi.

We were all a little bit uncomfortable at first when my dad would say, “Let’s pray the rosary together” after dinner, and we’d each have an excuse to do something else. But I’m a total daddy’s girl and I felt bad that everyone else ditched what seemed important to him, so I would be the one – out of pity – to pray the rosary with him or go to adoration. I think that’s where those seeds of a vocation first started.

The consecrated women first visited North Carolina when I was in middle school. My dad sent my sister and me on one of the first ECYD retreats in North Carolina. We didn’t have a choice but, after I went, I was super grateful. The way the consecrated women would speak about Christ, the way they led these different activities set my heart on fire and made me realize that they had something that I wanted. I was ready to change the world. I wanted to give my life for Christ from the first retreat.

What was your path from that moment till you were at the point of thinking of becoming consecrated?

It’s interesting because, when I look back even at that first retreat, seeing the consecrated women, there was something in me that was measuring myself against them and saying, “Maybe I could do that.” From the first moment, there was some internal matching in my heart of what they had.

I incorporated into ECYD at that first retreat. We started a Challenge club with my sister and me as team leaders, which kept us in touch with the consecrated women.

The summer before entering high school, I was an ECYD missionary. I went to Mérida, Mexico, without [being able to speak] Spanish. I was the only American. It was tough and we don’t usually do this now because of those challenges. I was lost, alone and homesick, but that brought me to my knees. I’d always led in Challenge, but there was nothing I knew how to give in Mexico.

I was wandering around while all the girls were sitting in circles talking Spanish. I wanted to have a conversation in English, and at that moment it dawned on me, “God speaks English.” As silly as that sounds, that was probably the moment when Christ became real and it was like talking to a friend.

That summer, I met a pre-candidate [young woman in high school discerning consecrated life] who was from Mérida but who studied in Rhode Island. She invited all of us to go visit her on a retreat. I immediately said, “Yeah, sure!” but none of the other girls even said a polite yes. I turned her down a few times but, over Holy Week, she got me up to a retreat at Immaculate Conception in Rhode Island.

At that retreat, I felt God’s call clearly to consecrate my life in Regnum Christi. I experienced the call praying at the altar of repose. I’d signed up for the middle of the night and nobody took the shifts after me. We’d just watched The Passion. I wanted to be there with Jesus in his suffering, and I really prayed to be with him. In that moment, I felt he was asking me to belong totally to him.

Did you join the pre-candidacy that summer or did you wait? What was your path?

Right away, I wanted to go, but my parents said no.

In junior year of high school, a car ran over my leg in the school parking lot, which slowed me down a lot. As I slowed down, my dad rekindled my restlessness. I was trying to forget the experience in Rhode Island, but I mentioned it to him. Later, I was sitting there with my big cast and my dad said, “I hope you’re doing what God wants from you.” In that moment, I was so upset with my dad – I knew what God was asking and I knew it would make me happy, but I didn’t want to face it. After that year, I joined the pre-candidacy.

The first week of the summer program to join pre-candidacy was hard, struggling back and forth. Then I read from Pope Benedict’s inaugural Mass, “Do not be afraid of Christ! He takes nothing away, and he gives you everything.” That really was me, and it stayed with me. I just had to step out in faith and say, “Pope Benedict, you better be right!” I can attest to the truth of his words in my consecrated life: I’m happy every day.

What was your experience of the formation path in the consecrated life?

I’m one of the last generation of consecrated who went through what we now call “old school.” After the pre-candidacy, I made what we now call first vows on August 18, 2007 and continued with four years of formation in Rhode Island. I made my solemn renewal, which we now call final vows, after two years of formation, right after the scandal of the founder broke. I knew Jesus had called me to be consecrated to him in Regnum Christi. The scandal of the founder didn’t change a whole lot for me: it was hard and heavy, but it was still clear that he wanted me to continue in consecrated life. That’s been a huge blessing.

Click here to find out more about the consecrated woman. 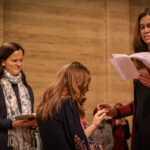