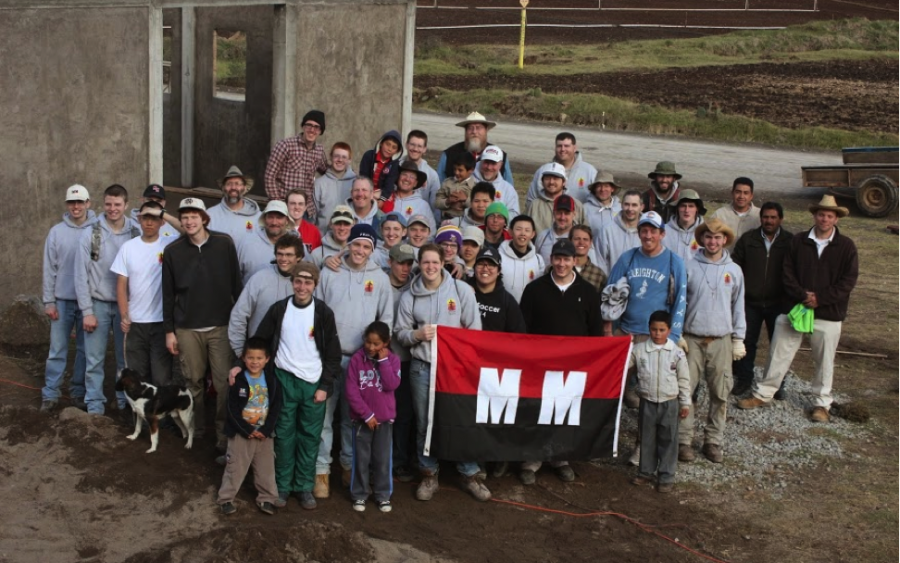 Father Michael Mitchell LC and Brother Andrew Kolenda LC spent most of the month of March directing two humanitarian missions in Mexico. Fr. Michael was ordained on December 12, 2011. He is originally from Cranberry, Pennsylvania, and now lives in Chicago, where he works in youth ministry and is the vocational director for the greater Chicago area. Br. Andrew relates some of his recent mission experiences below. 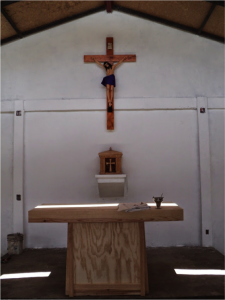 “I’m going to Mexico for spring break,” a high school senior said to his friend. “Man, you got it made,” his friend said wistfully. “White sand beaches, suntans, some mixed drinks, maybe… Cancun, right? Or maybe Cozumel.” “No, Ahuazotepec,” he replied. “Owa-what?” There would be no beaches in the hills of Puebla where this young man was going, very little sun, and the only sand he would see was for mixing concrete. This student from Mt. Michael Benedictine High School in Omaha, Nebraska, would be joined by 50 of his classmates and teachers, as well as a few others from New York and Chicago during the next two weeks, to build a church for a poor community near the town of Ahuazotepec, in the hilly area of northern Puebla.
The conditions were rather primitive—a dirt road cratered generously with potholes was the main thoroughfare; there was very little running water (if the daily rain does not count), and bottled water had to be brought in for drinking. Once the fuse blew out in a rainstorm, there was no electricity in the building where they slept on a concrete floor in sleeping bags. Food was cooked over a smoky fire, at least when we were able to light the wet firewood.
Even though these 50 missionaries knew what conditions awaited them, they gave up their spring break in order to provide this village with a place where they could have Mass and visit Christ. The small shack that was their chapel before could fit 10 people comfortably—that is, when the wet winter wind or the dry and dusty summer breeze was not blowing between the boards of the walls. The Blessed Sacrament was not kept here, and Mass was celebrated very infrequently for those lucky enough to fit inside. Now, thanks to these missionaries, the village has Mass every Sunday, and can come and visit Christ whenever they want, there in the tabernacle that one of the missionaries made.
I had the grace to accompany these young men, and see the dedication and hard work that they put in every day, so that these people would have Christ in their midst. The people of the village were so grateful, preparing tasty Mexican dishes for us, although not too spicy, so our gringo stomachs 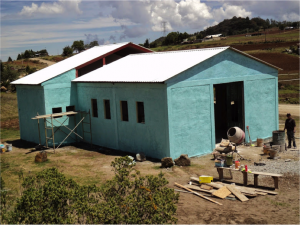 could take it. The kids came to watch every day after school, and would beg us to play soccer with them when we were done with the work for the day. In the morning as I walked down the road doing my daily prayer, I would pass the children on their way to school, and they would always ask what time the soccer game was that day. Every day began with a brief meditation led by Fr. Michael, or rosary in front of the Blessed Sacrament followed by benediction. Each day before dinner we had Mass in the chapel of another village about 10 minutes down the road. Father Michael told me before we had Mass the first day to make sure we sang songs at the offertory, communion. I thought to myself, “Father, they’re guys—guys don’t sing.” But they did, and well. They organized among themselves who would be the lector and acolytes for that day, and they knew well how to serve Mass with reverence.
On the last day of the second week of our mission, a baby girl was baptized. It led me to reflect on all the lives that will be touched by Christ’s grace through the sacraments that will be celebrated soon in the new church we built. There will be children and adults born to new life in Christ through baptism, souls brought back to grace through confession, new families formed through marriages celebrated there, and countless graces flowing into the community with each Mass. Thanks to these missionaries who gave up their spring break, what was once a patch of barren ground on the side of the road is now a place where Christ is present and a fountain of grace for the whole community.