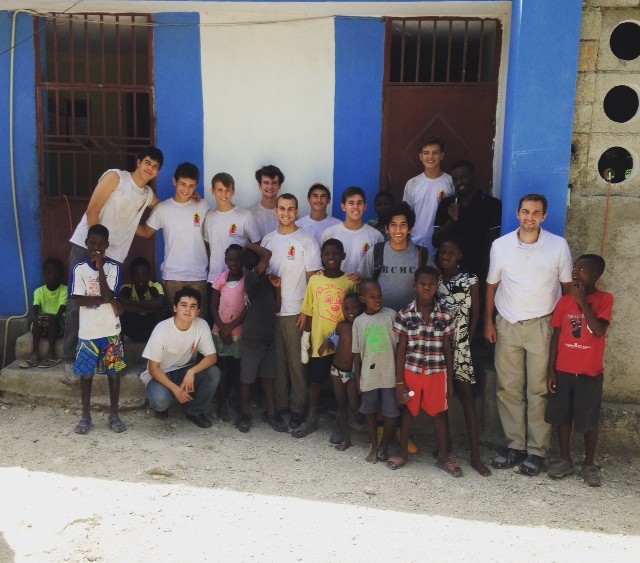 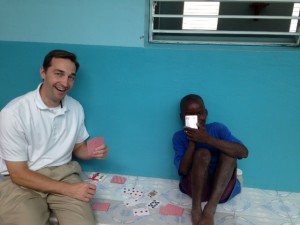 Fr Jacob DuMont and Fr Thomas Flynn helped to lead a Haiti mission trip this past June. The young adult missionaries mainly came from Louisiana and Georgia where the two Legionaries are currently serving. Katelyn Moroney, the national director for Mission Youth, was able to accompany the group while they were in Haiti. 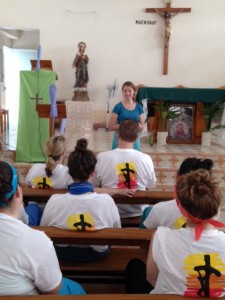 traveled to one of the parishes a bit outside of Port-au-Prince where Mission Youth has helped in the past as well. They painted the inside of the Church as well as played sports with the local children in the town and invited them to participate in the Mass with us one of the mornings. On one of the final days of the mission, we also went to the home for the dying where there are men, women, and children with serious diseases. We played dominoes, cards, and other games with the men and boys while the female missionaries made bracelets and necklaces with the women and girls.

At the end of each mission day, all of the missionaries were able to get together to reflect on the day. It was great to see how much each one of them continued to grow in gratitude, generosity, and love as the week progressed.