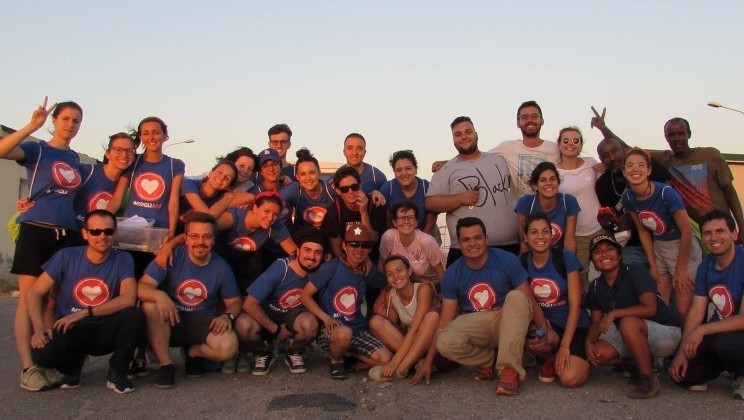 An interview with Kevin Ramírez a Lay Consecrated Man of Regnum Christi and coordinator of the “EuroSOL” project seeking to offer solutions to the situation of immigrants in Europe. 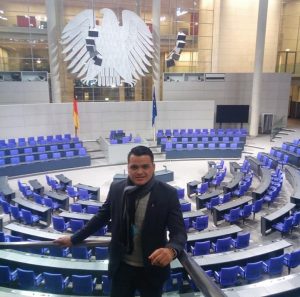 In the speech that Pope Francis addressed to the participants of the VI International Forum on Migration and Peace, he expressed concern about the situation of immigrants and forced migrations that present a series of challenges to the political community, civil society and the Church. The Pope invited us, “Our shared response may be articulated by four verbs: to welcome, to protect, to promote and to integrate.” In this context, we present the interview with Kevin Ramírez, Lay Consecrated Man of Regnum Christi and coordinator of the “EuroSol” project in Italy; funded by the “Europe with Citizens” program of the European Union. A project that the UNESCO Chair in Bioethics and Human Rights at the Pontifical Athenaeum Regina Apostolorum and the European University of Rome is carrying out to offer concrete solutions to the plight of immigrants.

Kevin, what drove you to help those in need?

Since I lived in Costa Rica, where I started an apostolate to help the homeless, I have had in my heart the desire to help the needy through my talents. In each of them, I see the humble, poor and merciful Christ who asks us our service. In addition, I collaborated in nursing homes and in social projects of the university where I studied. Then, in Mexico, during my second year of training [to be a Lay Consecrated Man], I helped as coordinator of “ALMASUA”, in the area of ​​social commitment of the Anáhuac University of México, supporting some of the 127 social projects that are carried out each year. Then, I sought to serve God through social action, volunteering and solidarity for integral human development.

You are currently helping immigrants and refugees in Rome. What has been the path taken towards this project? 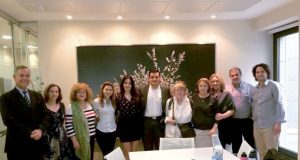 Migratory movements, which are unfortunately caused by conflicts, persecutions and poverty, among other reasons, have unfortunately characterized recent years. When I came to study in Rome, my formators proposed me to collaborate apostolically with the Latin American Mission in Rome, carried out by Scalabrinian parents. I had several social projects with the Latin American immigrants and I put myself at their service. First through Humilitas ONLUS, preparing a statistical study to know the reality of the Latin American immigration in Rome, and later in the pastoral area, generating a spiritual leadership program for forming formators. In addition, with the help of other people, we organized a conference on refugees in Italy within the European project of awareness on the situation of the immigrant.

What has been your experience in helping the refugees?

One of the experiences that most impressed me was living for a week in a reception center for refugees in southern Italy, where I volunteered in a ghetto called “La Pista” in Borgo Mezzanone, Puglia. There were more than 1,500 people living without basic services; the majority are Africans. Knowing their reality as they tell it breaks your heart and changes lives. They told me how they spend their time on the Mediterranean crammed in a boat without food for seven days. On a terrible journey, when they do not sink, a quarter of the passengers die, and the legs by those who travel next to the engine are burned. Also, they explain how they moved from country to country until they reached Libya.

Many travel with hope to find a better life, but in reality they find another. There are many personal stories of pain. They have left their family and yearn to be able to help them; but the situation is often almost desperate. For example, many of those in this ghetto work all day collecting 350 kilos of tomatoes for 3.5 euros a day. We can get an idea of ​​the injustice that these poor men suffer just a few hours away from Rome. The group of volunteers with whom I went offered Italian classes, bicycle repairs and some advice on immigration.

What is the UNESCO Chair and how do you work with it?

The UNESCO Chair in Bioethics and Human Rights intends to promote, through research, the knowledge of bioethics, human rights and human dignity in order to promote well-being and solidarity for the citizens of the world, through an intercultural and interreligious dialogue. The Chair is established in two universities: the European University of Rome and the Pontifical Athenaeum Regina Apostolorum.

I collaborate as coordinator of the project “EuroSOL,” which brings together organizations from eight countries of the European Union, to discuss and reflect on the refugee crisis at local and European level, to propose concrete solutions. For example, we had our forum at the end of 2017 with the presence of 127 people from more than 20 countries.

Why do you consider that helping the most needy is a fundamental part of your vocation as a Regnum Christi Lay Consecrated Man? 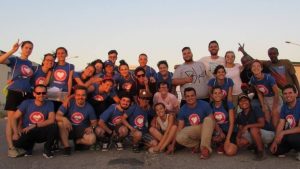 God has given me many graces and a very fortunate life. I believe that God asks me to get involved and to receive formation on issues of social and spiritual development, guide souls in a better way, live in the service of the Church as Christ live and serve others with joy and forming apostles. The desire to serve competently in an international organization or institution resonates in my heart by training people to positively influence society in an area of ​​social development, so that the fundamental rights of the peripheries are fulfilled, breaking the barrier of indifference.

Wherever I am, I am going to be at the service of the Church with the charism of Regnum Christi, and I am “Regnum Christi” where I work. I seek to contribute to the sanctification of people by making the Kingdom of Christ present, even when people sometimes do not realize that I am consecrated. One of the things I like most about our vocation is that we can discreetly be an evangelizing ferment. We can live in the world without being of the world by being a professionally competitive and cheerful person, with an exclusive love for Christ.

The work of a Lay Consecrated Man is open to any temporary reality and, in principle, does not exclude any area. Wherever God calls him to serve, he will seek to evangelize and project apostolically people in the different spheres of society. They put their talents at the service of the Kingdom of God, collaborating in the evangelization of temporal realities, through the exercise of a civil profession and in support of the local church. He must live as one of the People of God and of civil society, with a personal, real, passionate and faithful dedication to Christ, who came to this world to establish his Kingdom among men and in society. 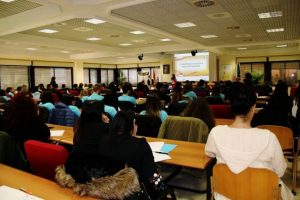 Forum on “Human dignity and human rights of refugees,” organized by the UNESCO Chair on Bioethics and Human Rights.

How do you conceive the vocation of a Lay Consecrated Man in today’s world?

The life of the Regnum Christi Lay Consecrated Man is a gift of God like all other vocations of the Church. We want to continue to bring the message of Christ to the world, in rich and poor countries; and to evangelize the realities of politics, economy, education, etc., to face the challenges that the world of today shows us and to continue to make present the Kingdom of God here on earth.

Edited from the original Spanish for length. You can read the full original on Somos RC, the Website of Regnum Christi in Mexico.