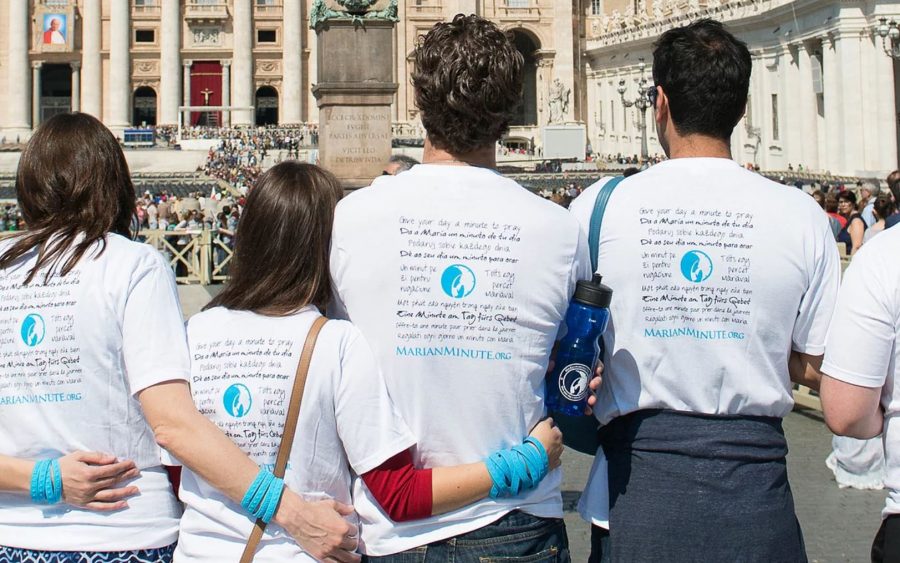 Fifty-five percent of American adults pray daily, according to the Pew Research Center.

Of course, the only thing these numbers show is how often people report that they pray. It doesn’t give a qualitative evaluation of the depth of their prayer. Of course, these statistics might make some readers feel a bit uneasy. Maybe you fall into the nearly one-fourth of adults who seldom or never pray.

Whether you pray daily or have suffered from prayer avoidance syndrome, you may find a moment of peace in the daily practice of the Marian Minute. 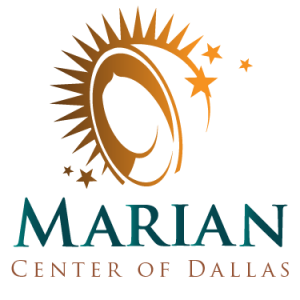 The Marian Minute is a project of The Marian Center of Dallas, which has the mission to assist young professionals in leading people worldwide into a growing relationship with Jesus Christ through our mother Mary reflected in activities that promote prayer campaigns and pilgrimages to Catholic shrines and destinations around the world.​

The Marian Center of Dallas was founded 1989. A group of young professionals founded Marian Minute in 2011 and assumed direction of the center after that year’s World Youth day in Dallas, Texas who wanted a simple way to foster devotion to Mary and help others build a relationship with her through a consistent life of prayer.

From the beginning, the mission was to explore creative means and new technology to increase Marian devotion not only among the youth but to anyone seeking a deeper friendship with Our Blessed Mother.

The first campaign was inspired by recognizing that young people are often too absorbed by the distractions of daily life to dedicate even one minute to pray. The founders set to launch an innovative campaign during World Youth Day in Madrid, Spain on the feast day of the Assumption of Mary. With one simple mission: to promote Mary and daily prayer. They distributed thousands of rosary wristbands inviting people to devote one daily Marian minute. The campaign quickly drew response from thousands of people from over 100 countries.

Inspired by the first words spoken by Pope Francis from the balcony of St. Peter’s Basilica when he invited people from around the world to pray for Bishop Emeritus Benedict the XVI saying “Let us pray together for him, that the Lord may bless him and that Our Lady may keep him” before adding, “Pray for me” asking the faithful to pray that the Lord might bless him. The Marian Minute team set to launch its second campaign by distributing thousands of “prayer coins” featuring a portrait of Pope Francis meant to be passed along to friends after sharing a Marian minute of prayer for the pope, building a global prayer chain. Once again, the campaign drew great response from thousands of people all over the world.

Other apostolates are on the horizon such as Marian pilgrimages and for our local community we have a speaker series centered on Marian spirituality and theology.

Regnum Christi members Karla Alfaro and Horacio Gomez are two of the key people who founded and continue to lead the Marian Center and Marian Minute.

“Since launching Marian Minute, my relationship with Our Lady has simply grown and grown,” Karla said. She was raised Catholic in a Mexican family and met Regnum Christi in Dallas. She was impressed with the apostolic zeal of the people she met in Dallas and wanted to be a part of it. “I really wanted to do something to bring people closer to Mary.”

Horacio was born and raised is Guadalajara, Mexico, and moved to the United States for college. He attended Regnum Christi schools and the charism has been a part of his experience in a professional job that has taken him to many parts of the world. 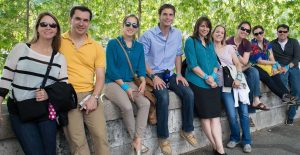 When Marian Minute was launched, the idea online prayer was new and one of the “techies” among the RC young professionals mentioned a website that challenged viewers to “do nothing” for two minutes.

“We thought if someone can promote the idea of doing nothing for a couple minutes we ought to be able to attract people to pray for a minute,” Horacio said. “We especially wanted to reach out to millennials.”

“The idea is to help young people build a habit of prayer,” Karla said. “Mary wants to keep it simple.”

And simple it is. Go to the Marian Minute site, click on start, and pray for a minute. WARNING: Mary wants you to pay attention for a full minute, so if you move your computer mouse, the timer starts over.

Karla said that they believed they had a good idea and in 2011 they were ahead of the “technology” curve. She was right; the first month of the Marian Minute website it had 100,000 visitors from 120 countries. Today, it has 500-1000 visitors a day and is offered in 10 languages.

The group had another campaign for World Youth Day in Rio: Rosary stickers that are affixed to a cell phone. They are a reminder to pray – and of what is really important in life.

They also decided to have a pilgrimage to that event, which grew to other pilgrimages – Marian Steps — to various Catholic destinations around the world – nearly a dozen to date – including Rome, Greece, France, and Spain.

Horacio said he envisions the future of their apostolate including the growth of both branches: Marian Minute and Marian Steps pilgrimages. And he is looking for some help.

No, this isn’t the place in the story where there is an appeal for money. Karla and Horacio are looking for ideas.

Truth be told, in most Regnum Christi apostolates the ideas far outpace the resources. In the case of the Marian Center, there is seed money to fund ideas to increase prayer – especially by millennials.  So if you have entrepreneurial energy and a creative idea for promoting prayer, here is the place to contact. 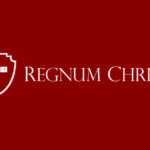 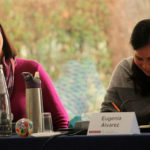 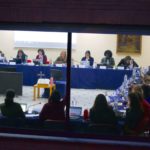