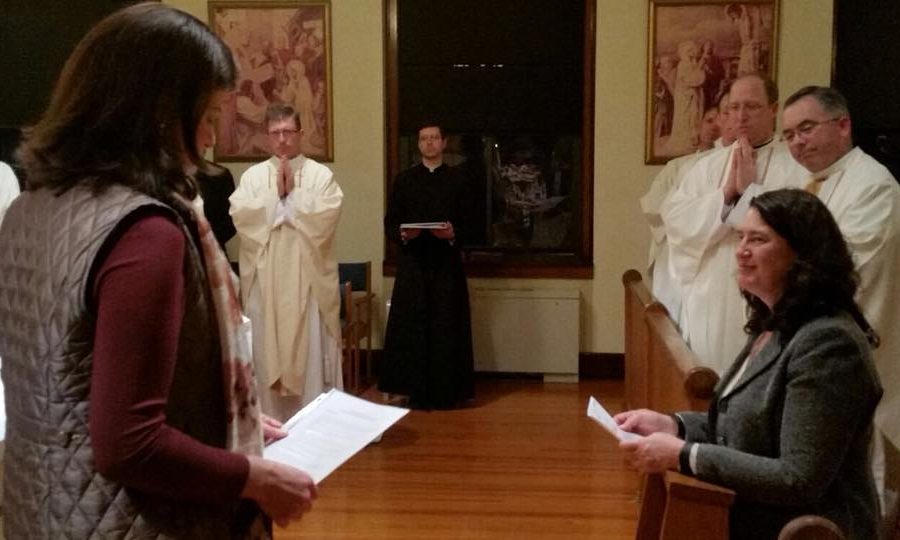 Joan Kingsland decided to give a year as a Regnum Christi volunteer. The year turned into a quarter century as a consecrated woman of the Movement, an anniversary marked January 25, 2018, at Our Lady of the Holy Spirit Center in Norwood, Ohio.

As her friends and colleagues would attest, Joan is a consummate teacher and academic. She also is renowned as a baker, with particularly famed chocolate-chip cookies and award-winning apple pie (secret is lard in the crust).

Joan (Dr. Kingsland in academic circles) has a demanding schedule, but took time to answer a few questions about her life as a Consecrated Woman of Regnum Christi.

How did you meet Regnum Christi and decide to become consecrated?

From when I was a young child I felt called to the religious life. I remember telling my mother this when I was about 12 years old and she answered: “No Joan, you need to become something different. Something where you give yourself completely to God but not as a religious.” I felt annoyed with my mother at the time, but her words returned to me when I met the Consecrated Women of Regnum Christi. I had originally gone to our center in Rhode Island with the intention of volunteering for a year in Italy in order to get the strength to answer my vocation to the religious life. But my heart immediately resonated with the spirit of Regnum Christi. It was there that I found the joy and peace to answer my vocation.

If you had not followed this path, what would you likely have done with your life?

I would have been a religious sister in a teaching order.

What books have you written and what do you have planned for the future? 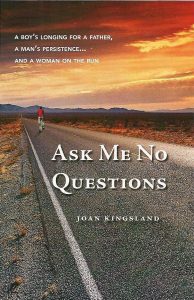 Ask Me No Questions, which is a novel involving a bioethical issue and You Make Me Mad, which is about how to overcome anger in a Christian way. Although I was short-listed in a Canadian book contest for You Make Me Mad, I haven’t followed through with getting this book published. That’s the next thing I’d like to do. There’s also been turning around in my mind and heart for a long time a book in the area of spirituality about walking in the company of the Lord.

What are the most memorable times as a teacher?

I ardently desire to help young women to become aware of their immense dignity and worth and to have the wherewithal to ask others to respect and uphold it. My most memorable moments as a teacher are related to this theme; and past students will often mention to me how much those particular lessons helped them, something that is a source of satisfaction for me!

Who have been your role models, mentors, people who you emulated?

My Aunt Maureen was an Ursuline Sister and as a little girl I admired her greatly and wanted to be like her.

What was your faith experience growing up in Canada, with your family?

My parents are devout Catholics and we grew up praying the rosary together as a family on Sundays. They have always given an example of involvement in their parish and loving service to others in many ways, something I admire very much. Their 60th wedding anniversary is not too many years down the road: I admire them for their example of fidelity! They also have passed down their love for nature to my five brothers and me. Every summer we go camping as a family. 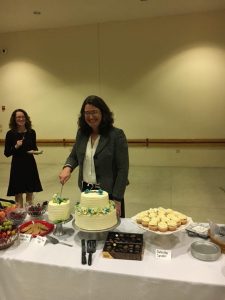 Joan cuts the cake at her 25th anniversary celebration.

What are the most inspiring times in your consecrated life?

During the six years that I was studying for my doctorate in Rome I felt a strong desire to share what I was learning with young people. During the Christmas, Easter and summer breaks I had the opportunity to be a guide in Rome and Italy for pilgrims coming to Rome. One of my first times as guide was for a group of young women from the Slovak Republic. During the two-hour ride to Assisi from Rome I stood at the front of the rickety old school bus we were in and asked them if they wanted to hear a talk about “the Fullness of Love”. They said yes and so I gave them a long talk on that theme. Afterwards one of the young women asked to speak with me privately and wept as she exclaimed: “Why has nobody ever told me these things before?” I can still hear her voice and that reminds me of what a beautiful and good message we have to offer, and what it can mean for people to hear and experience it!

Hearing about how the lives of individual people are touched through our mission as Consecrated Women is a continual source of inspiration and joy for me. Jesus Christ is real. His personal, unconditional love for each person is real. It is wonderful to be involved in bringing people to experience and bask in that love in a real way! The pathway to heaven is a happy one even though there are thorns and brambles along the way.

What are the most difficult times in your consecrated life?

My most painful memories in consecrated life date back some years. The redemptive part for me is observing how I’ve always experienced Our Lord’s presence very close to me in my most difficult moments. This experience has been so consistent that it has taken the sting out of suffering and makes me face the future with great hope. I identify a lot with St. Paul’s words in Romans 8:34-39. If suffering cannot separate us from the love of Christ then what can?

How did you deal with the Movement’s “renewal” – ever think of leaving?

The hardest period for me was right around when many of our consecrated sisters separated and founded the public association of Totus Tuus. The best response to my doubts about leaving came from witnessing the sincerity of my fellow consecrated sisters! I could observe that they sought (and still seek) to grow in union with God and to bring Christ to others. It also helped that Cardinal de Paolis acted so quickly in granting an appropriate autonomy to the Consecrated Women.

What are you doing today and how do you see your role in the years ahead?

I’m an adjunct professor at the Archdiocesan Seminary in Cincinnati, I’m the Training and Development Specialist at Ruah Woods, a Theology of the Body Institute that is providing Theology of the Body curriculum for grades K-12. I’m also one of four councilors for the Territorial Director of the Consecrated Women of Regnum Christi here in the United States. Thus far I’ve been teaching these past 25 years. If that’s what I were to be doing in the next 25 years that would be fine with me. That said, I happily consecrated my life to Christ 25 years ago, putting my life into his hands. That includes a promise of availability and vow of obedience. So what I do envision for “my future role” however many years that lie ahead, is walking along a pathway home to heaven at the side of my beloved spouse, Jesus Christ. No doubt there will be unexpected turns in the road, but he will be with me. 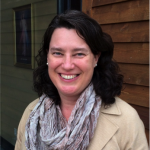 Joan Kingsland has been a consecrated member of the Regnum Christi Movement since 1993. She earned licentiate and doctoral degrees in moral theology at the John Paul II Institute for Marriage and the Family in Rome, as well as a Bachelor of Arts degree from Thomas Aquinas College, and a Master of Arts degree from the University of Toronto. She taught theology at Mater Ecclesiae College in Rhode Island from 2006-2015, where women discerning the consecrated life in the Regnum Christi Movement earned a Bachelor of Arts degree in Religious and Pastoral Studies. She served as president of Mater Ecclesiae College from 2014-2015. Joan is currently the Training and Development Specialist for Ruah Woods, a Theology of the Body Institute; and she teaches a few courses at the Athenaeum of Ohio, which is the archdiocesan seminary for Cincinnati. She is also a censor for the Archdiocese of Cincinnati.

Author’s note: Despite my high esteem for Joan Kingsland, she once did something quite mean to me and it should be on the record. She had done me the great honor of asking me to read the draft of her Ask Me No Questions. So there I was, reading along on my computer, making an occasional comment and approaching what proved to be an extremely tense and critical point in the story. The document ended and I didn’t know what happened, so I called Joan, who explained that she was still writing the rest of the story and I would have to wait. It was like watching a television program that stops at the most critical moment, when you don’t know whether the hero lives or dies, and the screen says: “To be Continued.” I asked her to tell me the ending and she refused, citing some sort of literary license, ethics, need for further editing or some such excuse. I forgave her, but not until she sent me some chocolate-chip cookies. 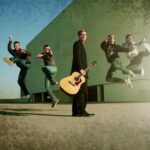 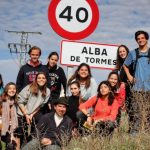 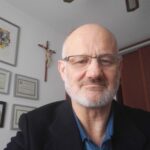 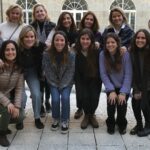