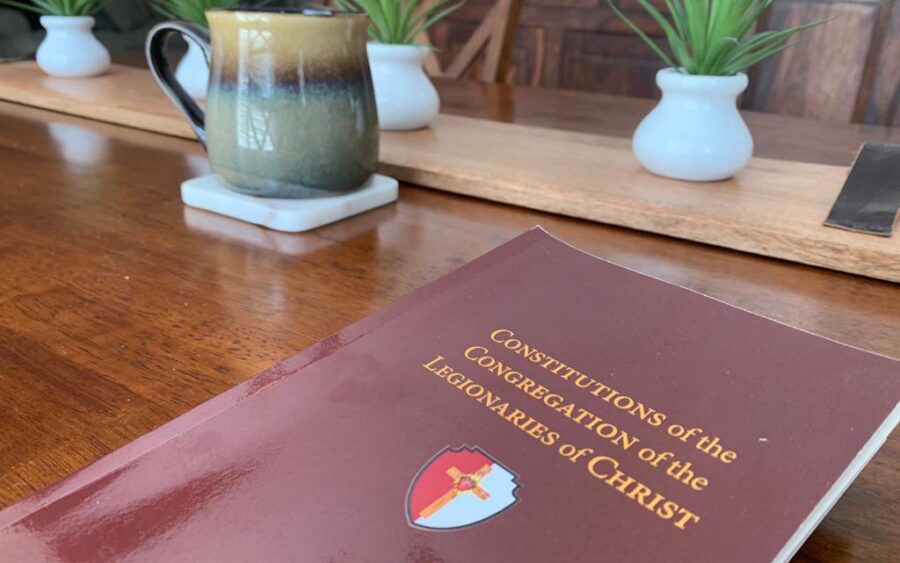 In the days of the Roman Empire, it was said that all roads led to Rome. And the power and breadth of the empire, controlled by the emperor in the Eternal City, must have made it seem true.

For the religious congregation of the Legionaries of Christ of only a few years ago, it often seemed like all decisions also led to Rome, to the office of the general director. That provided control, consistency, and, unfortunately, an often slow and cumbersome decision-making process that didn’t incorporate the principle of subsidiarity the way it now does.

Centralized authority was supported by constitutions that were lengthy, detailed, and specified virtually every aspect of the life of a Legionary, from the appointment of local superiors to table manners.

If someone outside of the Congregation sought a copy of the Legionary constitutions 20 years ago it would be difficult if not impossible to obtain. The constitutions were private documents available only to Legionaries.

As part of the Renewal process of the past decade, the Legionaries of Christ developed an updated, shorter, and less-complicated set of constitutions. These constitutions were initially approved by the Vatican in 2014 after an Extraordinary General Chapter, and later amended by the following General Chapter and approved by the Holy See in 2020. The newest edition can be obtained in Spanish from Amazon. The English translation is close to completion and will soon be available, replacing the 2014 version which is currently in circulation.

The 2014 General Chapter addressed the need for change in its communique on Government, Authority, and Obedience, which stated in part:

“The main problems identified in the government of the Congregation were the following: excessive centralization, a diffused and fragmented authority, deficiencies in the functioning and performance of councils, lack of sufficient rotation in leadership positions, little opportunity for consultations and other forms of greater participation provided for by canon law for religious institutes, and the tendency to multiply norms. We also recognize that some of our religious have not always followed the example of Jesus Christ in his fundamental attitude, “Father, here I come to do your will,” (Heb 10:7, 9) present in the living of their obedience…

“Authority in religious life must be exercised in a spirit of service, respect for the individual, and in dialogue for the good of the institute and the Church. The superior of the community should personally and prudently guide the religious life, health, and the material and spiritual needs of the religious entrusted to him. In particular, he must give his attention to the apostolic work of his subjects, respecting the scope of his competence and the authority of those leading various apostolates… The moral authority of the superior comes from the witness of his life and this facilitates the exercise of his canonical authority and the obedience of his subjects.”

In practical terms, the 2014 constitutions provide significant changes in several key areas. The first of these is the separation of external and internal forums: pre-2009 the superior, the spiritual director, and the confessor were the same figure, following an old monastic tradition. One of the first changes the Holy See insisted on was replacing this practice with a clear separation between the external forum (the matters dealt with by the superior in daily life) and the internal forum (matters of the interior life seen with a spiritual director or confessor). Simply put, a Legionary no longer must go to confession with the person who may be called on to judge his worthiness for ministry. “This was especially important because in the past problems could possibly arise when a seminarian had the same priest as his superior and confessor or spiritual director,” explained Fr. David Daly, LC, territorial vicar for the North American Territory. “The bottom line is that it was not healthy to have the superior so intimately involved in the spiritual life of the individual. This change is really baked into our culture now. It allows us to have much more robust spiritual direction and conversation in an atmosphere of freedom.”

Another key is the decentralization of authority: most major decisions pre-2009 were made centrally by the founder or the general director. Today, observing the principle of subsidiarity, territorial and local superiors have more latitude and ownership in decision-making, especially regarding personnel assignments and administration.

As an example of this, Fr. David explained that in the past a Legionary was allowed to watch only seven sporting events on television in a calendar year. Today, the local superior can make exceptions, obviously in keeping with the principle that Legionaries of Christ do not spend much time watching television. “Clearly, control was too centralized in the past,” Fr. David said. “I think that is at least partly due to the Congregation going through a period of rapid growth without changing our decision-making process to respect subsidiarity.”

A third area is the role of councils in governance: Canon law and the constitutions of the Legionaries of Christ require superiors (at any level) to obtain the consent, or in some cases just the counsel, of priests who have been named specifically as councilors. Pre-2009 this practice was inconsistent at best. Generally, superiors might have sought the advice of their councilors, but perhaps considered it more of a formality. That has changed and all superiors are now employing their councils according to their intended purposes.

It was also important for the 2014 constitutions to differentiate the gravity of the norms lived by Legionaries. Pre-2009 one of the highest values in the Congregation was fidelity to the norms, since they were all seen to reflect the will of God. There was a sense that every norm had the same weight and importance. Social etiquette norms were put almost on the same level as the obligation to be faithful to one’s vows. Now, while Legionaries continue to maintain a discipline that is characteristic of religious life and the vibrant spirit of the Congregation, there is a greater appreciation of what is essential and what is not. With this comes greater individual responsibility and personal discernment to live as a consecrated soul among temporal realities.

“Some of these changes took time to be fully understood and accepted,” said Fr. David, “But I believe that they are helping us to tap into the full passion and intellect of our members to serve the Church and bring more souls to Christ.”