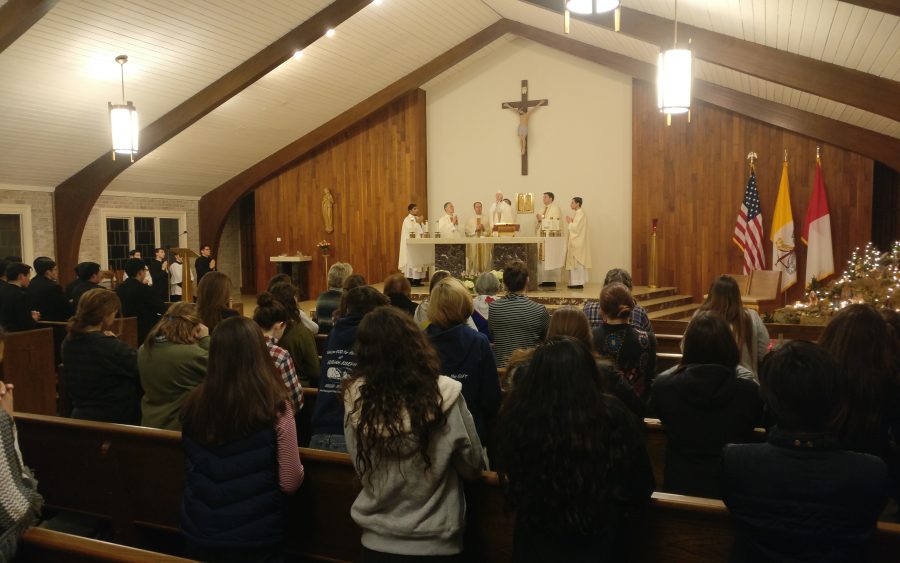 18 seminarians from the Legionaries of Christ came down from Cheshire to join the 2018 March for Life. The night before the march, Thursday, they had a Mass and meeting with Regnum Christi members at Our Lady of Bethesda Retreat Center. The people attending the Thursday vigil were overwhelmingly young people affiliated with Regnum Christi who’d come for the March.

The brothers spoke of their desire to give a witness, but they went beyond just ending abortion. Br Francisco Posada, LC, from Mexico focused more on the Church: “Being in the March for Life means being together with the whole Church of the United States praying for a wonderful gift, which is life.” Br Grant Tavarez, LC, even stepped further outside the Church: “I’m really excited because this is a moment of unity of the Church and all faiths to stand up for what we believe in.”

A few of the brothers spoke of their witness of religious life. Br John Sester, LC, linked religious life and the pro-life message in how he thought about his witness. “We are going to be able to give a testimony of joy and witness of our religious life as we stand for life.” Br Maximilian Nguyen, LC, shared similar sentiments but wanted to make it explicit his witness was as a Legionary: “I’m excited for the March for Life because I want to be there to represent life and give witness to consecrated life as a Legionary of Christ.”

Some of the brothers stuck to a more traditional pro-life message when asked. When asked why he was excited about the March, Br Christopher Perez, LC, responded, “To give witness and testimony that life does matter; and to stand up for life, especially for those who don’t have voices.” Br Jorge Naranjo, LC, brought it all down to one simple line. “I’m here to say that Jesus wants life.” (The links on each brother’s name send you to a shareable video of them talking.)

Vigil at Our Lady of Bethesda 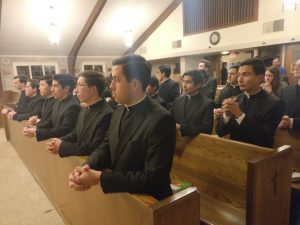 The event Thursday evening at Our Lady of Bethesda began with Mass in a full chapel. Fr Jacobo Muñoz, LC, the local superior, presided over a Mass with 5 other priests concelebrating, the 18 2nd year humanists from Cheshire, 6 Seniors from Sacred Heart Apostolic School and young people affiliated with Regnum Christi from all over. Guests at this event traveled this week from as diverse of places as Atlanta, Georgia and Edmonton, Alberta, Canada. Fr John Bender, LC, a formator in Cheshire, preached the homily about his first baptism, which was of a child born prematurely.

After the Mass there was a short program which Thomas Cronquist, a local Regnum Christi member, MC’ed. The Cheshire choir offered three short songs.

After this and to conclude the program, Fr Jacobo Muñoz, LC, spoke about his work as a formator of Legionaries and asked those present to help support Cheshire. He recalled how when his younger brother, Fr Julio, was ordained, he met those he formed as novices being ordained with him. If you want to support Cheshire, click here.

If you or anyone else you know is interested in the Legionary life, you can find out more about the vocation and visiting our seminary in Cheshire here.