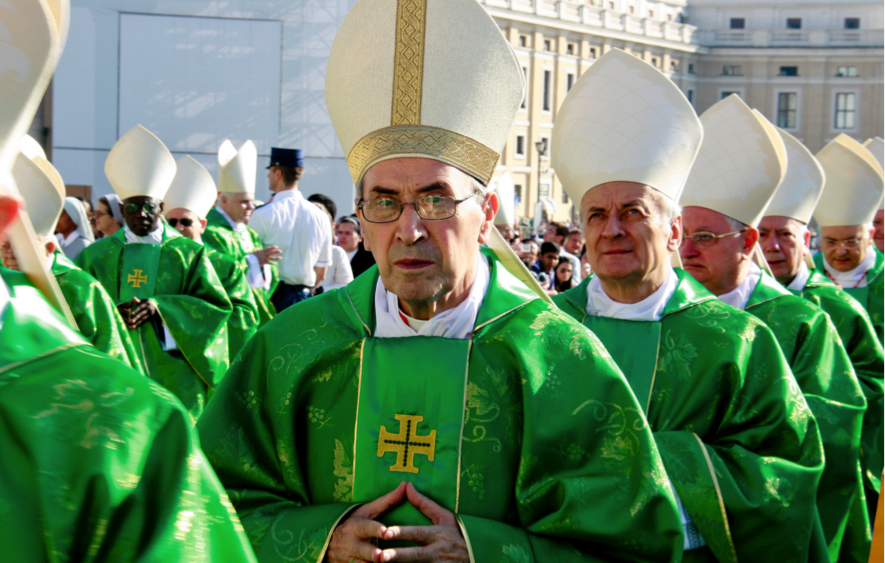 Please find, below, a letter from Fr. Eduardo Robles-Gil, LC to the members of Regnum Christi. He invites each of us to reflect on the role of Card. Velasio De Paolis, CS, as Pontifical Delegate, during the renewal period of the Legion and Regnum Christi. At the end of the letter you’ll find a link to a pdf (in Spanish) with extracts from the texts of Card. De Paolis, who also sent Fr Eduardo to the members of the Movement. Card. Velasio died on September 9, after several months of fighting cancer.

Prot. [translated from the Spanish original]

To the members of Regnum Christi

A few days ago I wrote a brief note letting you know that Cardinal Velasio De Paolis had died. I now take a bit more time to share some reflections related to his passing on and on what he has meant for the Legion and the Movement.

God in his providence, as manifested through the motherly attention of the Church, chose Cardinal De Paolis to be his instrument and steer the “ship” of the work of God that is the Legion and the Regnum Christi during an especially difficult moment of our history. In those very challenging years, Cardinal de Paolis guided and accompanied us with fatherly care in the process of purification and renewal. We thank God for this. We are sure that his hard work and effort contribute to him deserving to enjoy now the eternal glory of God.

On Monday, September 11, a group of Legionary priests concelebrated the funeral Mass presided over by Cardinal Angelo Sodano, the Dean of the College of Cardinals, in the Basilica of St. Peter. A large group of Legionary religious were also present. A little later, on September 19, in the chapel of the International College of the Legionaries of Christ, we celebrated a Mass for the eternal rest of his soul. Present were relatives of Cardinal de Paolis, Bishop Brian Farrell, the Legionaries, consecrated lay men and consecrated women living in Rome, as well as some lay people.

I think that in the current process of renewing the Statutes of Regnum Christi, it can help us to continue reflecting upon and assimilating the lessons that the pontifical delegate left us during the years he accompanied us.

Just after being appointed as delegate. Cardinal de Paolis, in a letter dated July 10, 2010, told us: “The path of renewal is not about putting our own vocation in question, but going over it again in depth and renewing our adherence to it with a new spirit and more intense participation.” In a session of questions held in Rome on September 17, 2012, he reminded us: “Renewal is not actually the same thing as aggiornamento [translator’s note ‘updating’]. Aggiornamento has to do with culture, whereas renewal is something spiritual. Aggiornamento occurs in structures, renewal happens in people.”

Let us ask God to help us seek above all to renew our adherence to him and whatever he asks us in our vocation to Regnum Christi, each and every day. That is the best way to ensure a good outcome for the renewal process we are currently in. May the Blessed Virgin Mary continue to watch over us and obtain from her Son the graces Regnum Christi needs to make it an effective instrument for a personal encounter with Christ and for the salvation of souls in the bosom of the Church.

I will remember you and your loved ones in my prayers.

Affectionately yours in Christ and the Movement,
Eduardo Robles-Gil, LC

Attachments: Extracts from various texts of Cardinal Velasio De Paolis from the period of renewal of the Legion of Christ and Regnum Christi [translator’s note: left untranslated]