Please receive my warm greetings and prayers as we end the Christmas season and begin this new year of 2021.  In light of what we have experienced in this past week, I first want to invite you to join me in praying for the healing of division and wounds in our world today, and in a special way here in the United States.

The Solemnity of the Epiphany, which we celebrated just days ago, recalls how the Magi recognized Christ present in the world, and how after they encountered him, they were changed. Humbly they worshipped him, and setting aside their own plans, they set out on the long journey back home, “by another way.”(Matthew 2:12)

As Legionaries of Christ, we have had our own “epiphany” over the last decade. God has revealed himself to us in a deep way, he has been present with us, and in his merciful love, he has asked us to follow a new road of humility, conversion, and reparation.  While we celebrate the gift of God in the renewal of the constitutions of the Congregation of the Legionaries of Christ, it is important to acknowledge that we still find ourselves walking a path on which our Lord is purifying us, correcting errors, and healing wounds which have been caused by the abuse and grave sins of our historical founder and other Legionaries over the course of our history.

On December 21st, 2019, we released the “Report 1941-2019 on the Phenomenon of Sexual Abuse of Minors in the Congregation of the Legionaries of Christ from its Founding to the Present Day.” It was the result of an extensive study carried out by an internal commission which, within the limits of a study of this nature, verified the various accusations of sexual abuse of minors throughout the history of the Congregation of the Legionaries of Christ. It collected the global statistics of cases of abuse by its priests between 1941 and 2019, and included an Appendix with the steps taken to prevent future abuse and guarantee safe environments. On the same day, my predecessor, Fr. John Connor, LC, released a communication compiling the previously released names of Legionaries of Christ who were active in ministry with substantiated sexual abuse allegations in the United States into a list.

One month later, Fr. John again addressed the territory in a letter saying, “Since the Legionaries of Christ released the December 2019 report on the history of abuse in the Congregation, it has reopened wounds for victims and it has generated a lot of conversation. But it has also helped victims of abuse find their voices and the courage to come forward to share their experiences. We must pray that these victims receive the healing they need and that those who are still trying to find the courage to come forward are able to find it. This is an important part of the healing process for victims and it’s important for the Congregation to listen to the experiences of victims so that we can make reparation and be further purified.”

In his letter, Fr. John also affirmed that facing our history with determination and helping victims heal is an important part of our mission as a Congregation, not a distraction from it. It is what God is calling us to at this point in our history. We are committed to transparency about the abuse that has been perpetrated by Legionaries of Christ, to working towards a culture in which all our priests deeply understand the effects of sexual abuse and their role as spiritual fathers dedicated to nourishing God’s people, and to helping those who have been harmed to heal from their wounds.

The 5th General Chapter of the Legionaries of Christ began a month after that report was released, and the Chapter Fathers gave priority to addressing this issue. “Conversion and Reparation” and “Protect and Heal” are the documents the General Chapter used to outline our path forward. They express a commitment to transparency which includes a communication policy for the publication of the names of Legionaries guilty of abuse of minors, and establishes sanctions for those guilty of failing to report or of obstructing the proper handling of sexual abuse cases.

In 2020 we began taking some new steps to foster a deeper conversion in our hearts. We prayed a global novena to the Sacred Heart, asking for the forgiveness of our sins and for the healing of those who have been hurt by our Congregation. This novena ended on a day of public reparation in which hundreds of thousands of viewers around the world joined us as we offered 24 Masses and 24 rosaries in 24 hours specifically for the victims of abuse by Legionaries of Christ and for the ongoing purification of the Congregation. Later in the year, all priests in our territory participated in a conference during which three victims of sexual abuse shared their testimonies and the impact that their wounds have had on their lives and the lives of their loved ones. I met with all superiors to discuss their roles in building a culture of accountability and transparency, and every community has had frank discussions around safe environment issues. To ensure we are doing everything possible to address the needs of victims, we have also hired a pastoral care advocate whose role is to provide assistance to victims of sexual abuse as a compassionate first contact who will work with them to document their allegations.

You have my firm assurance that this Congregation is committed to our ongoing mission of conversion, to reparation for the sins of abuse perpetrated by its members, and to doing everything possible to support the healing of victims. We will not tolerate abuse. We are firmly pledged to creating and maintaining safe environments for minors and vulnerable adults who have contact with Legionaries, and who participate in our activities. We ask for forgiveness from all who have been hurt by the actions of our members, and from all those who came forward bravely in past years to report abuse but were not believed, or were even maligned. We are truly sorry.

The ongoing international effort of the Congregation to clarify the cases of abuse in its history took the “Report 1941-2019” as a starting point, and is now nearing the completion of the work necessary to follow through on the commitment made in numbers 27-29 of “Protect and Heal.” In light of “Protect and Heal,” and the advances made on an international level, later this year the North American Territory will be updating the published list of the Legionaries against whom there are substantiated allegations of sexual abuse of minors in the territory. In the future, should more victims come forward with new allegations that are substantiated by third-party investigations, we will update the North American territorial list.

As territorial director, and as a priest, please know that I am deeply sorry for the horrific wounds caused by abuse on the part of Legionaries of Christ and by the Congregation’s past denial of the reality of that abuse. I am here to listen to anyone who would like to speak about their experiences. I also encourage anyone who has been abused by a member of the Legionaries of Christ to contact the appropriate authorities, regardless of when the alleged abuse occurred, and to contact the Legionaries of Christ’s Pastoral Care Advocate for the North American Territory, Kristin Austin, LCSW-C, CCTP, using the information below. Kristin may also be contacted with complaints regarding any misconduct or sexual abuse of a minor or vulnerable adult by a Legionary of Christ.

Nikki Hittle, MSW, our Safe Environments Coordinator, is also available for questions regarding our safe environments policies and procedures.

We know that abuse of any kind causes lasting pain and damage for the abused and their families, as well as the larger Catholic, Legionary, and Regnum Christi communities. We continue to offer our compassion, prayers, and support for all victims of abuse, and we will strive to make sure the mistakes of the past are not repeated.

Territorial Director of the Legionaries of Christ

Legionaries of Christ Rapid Response Plan: Policy and Procedures for Dealing with an Allegation of Sexual Abuse of Minors

Code of Conduct of the Legionaries of Christ 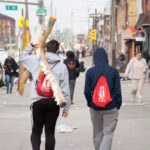 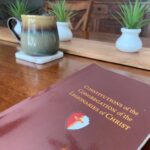