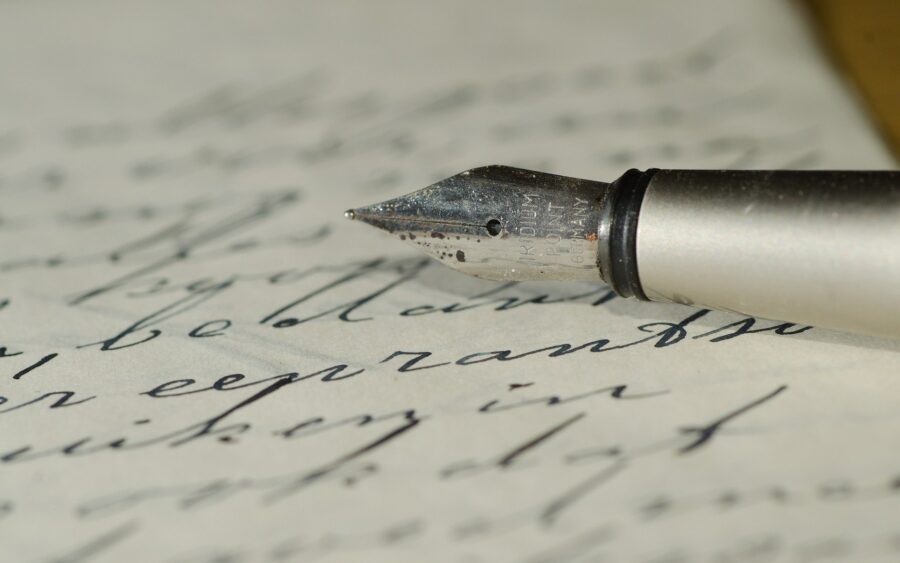 As we prepare for the coming of Our Lord in this beautiful Advent season, we want to assure you of our prayers for each of you, and for your families, communities, and localities.  We also want to take this time to look back at the year that is closing, recognizing all that the Lord has done to reach out to his people in a time of uncertainty and unrest.  There’s no doubt that at times 2020 has immersed us in conditions of anxiety and isolation, but Our Lord has also made his presence known in powerful and constant ways. With the combination of two things that cross great distances, prayer and technology, we have had the opportunity to remain connected even when our spiritual family could not gather as we are used to doing.   As the pandemic put a halt to many daily activities, we’ve had the chance to slow our busy lives down, pause, and look closely at where the Lord is leading us, reassessing what is important in our lives and what He may be asking us to change. For this we are grateful.

In this spirit of deep gratitude, we would like to tell you that after 15 months of dedicated and faith-filled service on the Territorial Directive College, Melissa Foley has announced her resignation.  Melissa made this difficult decision after realizing that the need for her apostolic work in Catholic healing ministry through the organization she founded, Loved Already, had increased exponentially in recent months. The pandemic ushered in a new way of utilizing technology to reach many more souls in healing ministry, including an online Catholic Healing Conference which over 30,000 people attended. Melissa and the Loved Already team desire to continue expanding their ministry and evangelizing across the globe.

We want to express our support and gratitude to Melissa as she ventures further out into the peripheries with this much needed work of evangelization. During her 15 months of serving on the inaugural Territorial Directive College in the North American Territory, we were able to take important and foundational steps forward.  The Vatican’s approval of the Regnum Christi Federation and its new statutes on May 31, 2019, created a new organizational structure for our spiritual family. It also made changes to the governance of the lay members of Regnum Christi, the shared charismatic identity of the Regnum Christi spiritual family, and the apostolic works shared by all vocations of Regnum Christi. These had been under the authority of the Territorial Director of the Legionaries of Christ, but are now directed by the Territorial Directive College, which is made up of Legionaries of Christ, Consecrated members, and lay members.

Melissa’s contributions to the work of the Territorial Directive College during this time have been significant and of lasting value. When the governments of the Legionaries of Christ and Consecrated Women changed in early 2020, bringing Kathleen Murphy, Glory Darbellay, Fr. Shawn Aaron, LC, and Fr. David Daly, LC, on to the College, they were welcomed by Melissa and Charlie Bradley who had been serving on it since September 2019.

During this time we also instituted the first Plenary Council for the Regnum Christi Federation in the North American Territory, a body which assists the Territorial Directive College in the exercise of authority, offering their consent or opinion as determined by our statutes and regulations (SRCF 56.2). The Plenary Council is made up of the lay members of the Territorial Directive College as well as the territorial counsellors of the Legionaries of Christ and the Consecrated Women of Regnum Christi, two more lay members, Lisa Summers and Horacio Gomez, and Antonio Maza, a Lay Consecrated Man of Regnum Christi. Soon after the Plenary Council was convened, we began a process of strategic planning which is deeply rooted in listening to input from the federated institutions, our localities, and the identity which is expressed in our new statutes.

With the dedicated and prayerful work of the whole College, we have begun to perform the duties we are called to take on in both horizontal and vertical roles.  Horizontally, the College fosters the charismatic unity of all Regnum Christi vocations while respecting the individual identity of each one, and promotes collaboration in both the common mission and the apostolic activity of the federated institutions. Vertically, the College governs the apostolic activity that belongs to the Federation, as well as the localities and the participation of lay members (RRCF 24).

In coming months we will oversee the process of naming a replacement to fill the role Melissa has vacated.  As she focuses on her mission in Loved Already’s healing ministry, we in the Territorial Directive College express our deep gratitude for the ground-breaking work she did over the last year and a half in bringing the lay members’ perspective to this governing body, and for the passion, dedication, and love for Christ with which she lives her vocation. 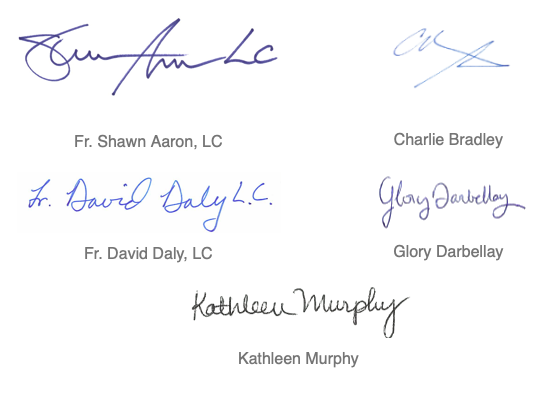 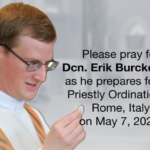