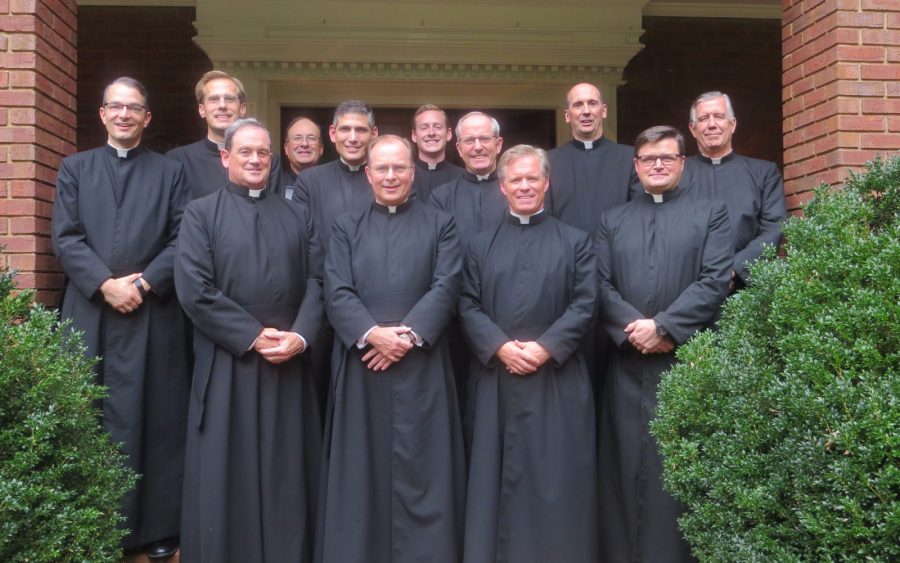 Fr. David Daly serves on the Legionary Territorial Council and the Regnum Christi Territorial Committee. He spoke to us about his path to the priesthood.

Fr. David, could you give us a little background about your family before you encountered the Legion?

I grew up in St. Louis, Missouri, in a Catholic family. We always went to Mass on Sundays – I guess we were a pretty normal Catholic family. I went to a Catholic grade school, a Catholic Jesuit high school and then a Catholic college. I have a lot of Catholic background in my family. My mom was a nurse and my dad was in public education.

How and at what point did you discover your vocation? In college or after college? 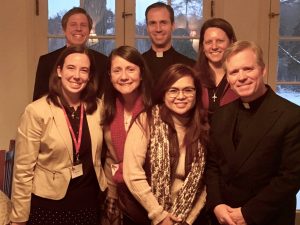 I discovered my vocation in college; I thought about it even in grade school, but when I got into high school, I didn’t follow up, and then, when I got into college, I started studying at the University of Dallas. Taking some philosophy and theology classes, I met some great people who taught there. That made me think about getting back into my faith more ardently.

Eventually, I met the Legion in college in my semester in Rome, Italy. During that semester, I joined Regnum Christi and then, after a year of being in Regnum Christi, I went to the candidacy.

What moved you to the candidacy during that year in Regnum Christi?

Well, it was just the invitation of a Legionary who was giving me spiritual direction. I had made some changes in my life and gotten more involved. It was actually at the end of that semester. I told him, “I want to do more. I feel a call to do more for Christ in my life, but I don’t know what it is.” Thus, he suggested I go to the candidacy, just for a couple of weeks, to get exposure to the Legionary lifestyle. I wasn’t planning on staying but, after two weeks, I decided to go back and join.

What in those two weeks got you excited and moved you to join?

I’d already been in Regnum Christi for a year or so when I got up there. It kind of resonated: the lifestyle, the prayers. I liked the fraternity, the brotherhood, the discipline, the intensity and seriousness of the Legionaries I saw and the other young men in the candidacy. I was really attracted by that clear mission and the great ideals of changing the world for Christ.

You began with those great ideals. Do you feel that you’ve fulfilled those ideals in your years in the Legion?

Yes. From when I first visited and joined, I feel like my life as a Legionary has been an effort to live out those ideals. I haven’t always been perfect, but I feel like the reason I joined and how I’m living now coincide pretty well.

What have been your ministries in the Legion over the past 20 years or so?

I joined in 1990, so 28 years. I’ve spent a lot of time working in a house of formation as assistant of humanists, assistant of philosophers, vice rector, and rector of Cheshire most recently. I worked with college students up in the Northeast for a bit. I was the local superior and local director of Regnum Christi down in Atlanta for some years. Now, I’m helping Fr. John Connor on the council of the territory.

What would you say to a young man thinking about the Legionary vocation?

The recommendation that probably helped me the most was what a Legionary told me when I was deciding: “God can’t be outdone in generosity.” I would tell that young man not to be afraid, to take steps forward to let God lead you. I think that I’ve found it true that, the more generous we are with God, the more generous he is with us.

You can find out about abut the vocation to the Legionaries of Christ on LegionVocations.org.