Reclining at table with his disciples, Jesus was deeply troubled and testified, “Amen, amen, I say to you, one of you will betray me.” The disciples looked at one another, at a loss as to whom he meant. One of his disciples, the one whom Jesus loved, was reclining at Jesus’ side. So Simon Peter nodded to him to find out whom he meant. He leaned back against Jesus’ chest and said to him, “Master, who is it?” Jesus answered, “It is the one to whom I hand the morsel after I have dipped it.” So he dipped the morsel and took it and handed it to Judas, son of Simon the Iscariot. After he took the morsel, Satan entered him. So Jesus said to him, “What you are going to do, do quickly.” Now none of those reclining at table realized why he said this to him. Some thought that since Judas kept the money bag, Jesus had told him, “Buy what we need for the feast,” or to give something to the poor. So he took the morsel and left at once. And it was night. When he had left, Jesus said, “Now is the Son of Man glorified, and God is glorified in him. If God is glorified in him, God will also glorify him in himself, and he will glorify him at once. My children, I will be with you only a little while longer. You will look for me, and as I told the Jews, ‘Where I go you cannot come,’ so now I say it to you.” Simon Peter said to him, “Master, where are you going?” Jesus answered him, “Where I am going, you cannot follow me now, though you will follow later.” Peter said to him, “Master, why can’t I follow you now? I will lay down my life for you.” Jesus answered, “Will you lay down your life for me? Amen, amen, I say to you, the cock will not crow before you deny me three times.”

Introductory Prayer: Lord Jesus, I wish to accompany you closely on the road to Calvary.  If I were to contemplate you more often as you hang scourged and bloody upon the cross, I’m certain I would be able to rest in your love and base my actions on that one truth. I know that you have loved me with an eternal love: you have proven it there on the wood of the cross. So I long to respond with gratitude, peace and the firm determination to spread your love to everyone.

Petition: Lord, help me to see and avoid the pitfalls of pride.

Conversation with Christ: Dear Lord, like Peter I have fallen many times. Every time it was because I put my trust in myself rather than in you. Help me to listen to your inspirations and your inner promptings to prayer. Only with humility will I be able to avoid falls in the future. Please help me obtain it, Lord.

Resolution: I will start everything I do today with a prayer, offering its fruits up to God. When I finish each activity, I will give thanks to Christ, my friend, for all the help he has given me. I will offer him my successes and ask him to forgive my failings. 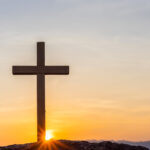 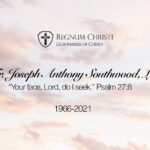