The disciples were on the way, going up to Jerusalem, and Jesus went ahead of them. They were amazed, and those who followed were afraid. Taking the Twelve aside again, he began to tell them what was going to happen to him. “Behold, we are going up to Jerusalem, and the Son of Man will be handed over to the chief priests and the scribes, and they will condemn him to death and hand him over to the Gentiles who will mock him, spit upon him, scourge him, and put him to death, but after three days he will rise.” Then James and John, the sons of Zebedee, came to Jesus and said to him, “Teacher, we want you to do for us whatever we ask of you.” He replied, “What do you wish me to do for you?” They answered him, “Grant that in your glory we may sit one at your right and the other at your left.” Jesus said to them, “You do not know what you are asking. Can you drink the chalice that I drink or be baptized with the baptism with which I am baptized?” They said to him, “We can.” Jesus said to them, “The chalice that I drink, you will drink, and with the baptism with which I am baptized, you will be baptized; but to sit at my right or at my left is not mine to give but is for those for whom it has been prepared.” When the ten heard this, they became indignant at James and John. Jesus summoned them and said to them, “You know that those who are recognized as rulers over the Gentiles lord it over them, and their great ones make their authority over them felt. But it shall not be so among you. Rather, whoever wishes to be great among you will be your servant; whoever wishes to be first among you will be the slave of all. For the Son of Man did not come to be served but to serve and to give his life as a ransom for many.”

Introductory Prayer: Once again, Lord, I come to you to pray. Even though I cannot see you, I trust that you are present and very much want to instruct me in your teachings. In the same way that you demonstrate your love for me by spending this time with me, I want to express my love for you by dedicating this time to you with a spirit of faith, confidence and attention. Here I am, Lord, to listen to you and respond with love.

Petition: Lord, help me imitate your example of loving service.

Conversation with Christ: Jesus, help me to be zealous for the things of above. Do not allow my heart to be ambitious but rather be meek and gentle like yours.

Resolution: I will seek to serve others no matter who they are.

Regnum Christi l Legionaries of Christ
May 26, 2021 - On Sitting and Serving 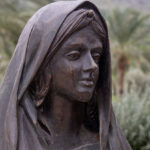 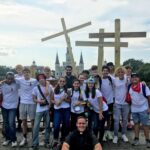 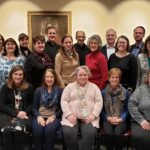 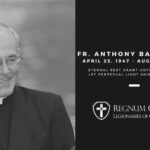 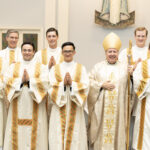