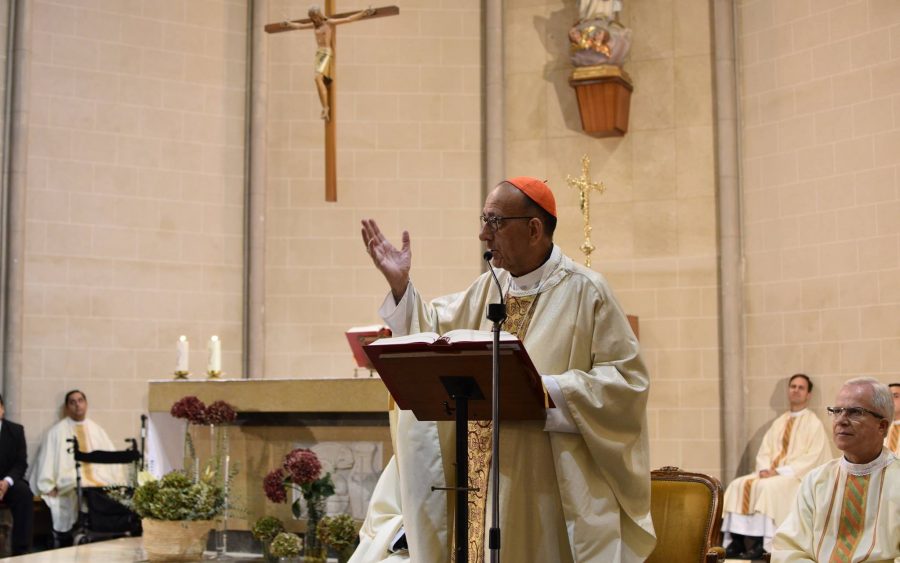 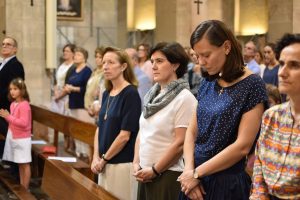 He wants Regnum Christi members to “be prayerful Christians, men and women of God.” Prayer, he said, is not an isolated moment but “in prayer we find all strength. It’s the soul.” The Cardinal noted the need for prayer today, as “We have passed from a monolithic society to a plural society where it appears like God isn’t needed.” He encouraged us to read the signs of the times and look towards the future within that attitude of prayer. A prayerful Christian will follow their vocation to be a witness.

As Omella pointed out to be a Christian is “to be a witness of God’s love, to be a lamp that illuminates and salt of the earth that flavors and guards what is good.” 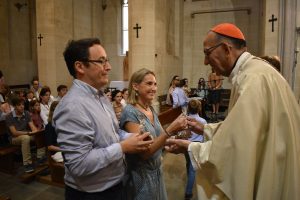 The Cardinal also says families are fundamental keys to evangelization. He emphasized that evangelization “is a work above all of families,” and they are “fundamental for the Gospel.” He used another movement, the Neocateceumenal Way, as an example where they say “Here we are with our children, send us wherever.”

Cardinal Omella shared some of his own experiences with Christ. He described an early experience he had. He was on month-long spiritual exercises in the Holy Land after a 3-month Biblical course. “I have to say that marked my life. When I read the passage from Elijah on the Mountain where the Lord passes in the hollow of the rock. He says to Elijah: ‘I won’t let you see my face but you will see my glory…’ I believe the Lord let me see this glory, saying “I am here, I walk with you, be not afraid.’”

Afterwards, he said, “I went back to the parish a different person. I believe… that there was a before and an after. I advise you to do it [longer spiritual exercises]. It gives you a long time alone with the Lord. Afterwards, you will say ‘I haven’t seen but I have believed…. There is a feeling that I have touched God.’ That gives you strength for when you are discouraged from time to time.”

He also spoke about how Regnum Christi members can create communion. He noted that we should understand criticism as even bad criticism “might have something right,” while good criticism lets us integrate, respect and recognize “what truth and what positive qualities the other has.” 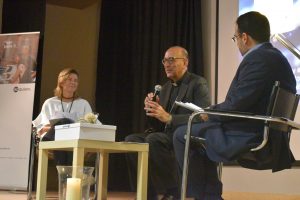 He finds that these parables teach us three lessons. First, realism is needed to evangelize. These parables show us “not everyone listens, not everyone converts. But I don’t lose my peace.” Hope, Omella said, is needed to evangelize. He talked about the tiny seed deep in the earth that we can’t see noting, “It grows little by little in people’s hearts and gives fruit in the proper season. Almost always this is without remembering the sower, the apostle.” Thus, he reminds us, “You sow something that remains.” Then he gave the example of bamboo, which grows silently underground for six years and then sprouts to 60 feet in one year. Finally, these parables remind us how we need to be united Jesus and his Word. “It is God’s work, brothers and sister, not ours. If an evangelizer isn’t united to Christ and to his Word, to the Living Word in the Church, he or she is of no use. But if you are united to Christ yet don’t know how to speak or make mistakes, don’t worry… you are united to Him and it is Jesus who touches man’s heart.”

You can read more about Cardinal Omella’s visit (in Spanish) here and here and see a photo album here.

Join us tomorrow evening at 7:30pm for an update f

Preparing Your Heart for the Feast of Christ the K 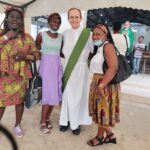 Regnum Christi in the Ivory Coast 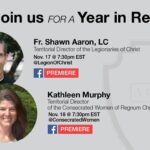 Join Fr. Shawn Aaron, LC, and Kathleen Murphy as they Share “A Year in Review” 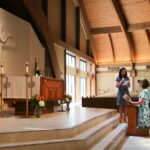 “The Mission My Heart Had Been Longing For”: Catherine Macora Celebrates 25 Years of Consecration