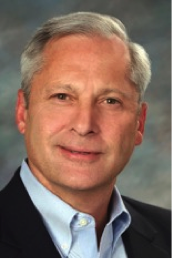 I have been a member of Regnum Christi since 2000. My wife had recently joined the movement and the priest told Donna he wanted to meet me. He invited me to a retreat and I incorporated at the retreat. I had no idea what I was going to experience over the next 15 years.

My wife and I have been blessed to share the RC spirituality with our children and in our prayer life. We have 4 kids that grew up in the movement and have received great formation. I have personally seen the concept of leaders forming leaders through our children.

Our boys were in Conquest and LTP. Our girls were in Challenge. They all took on leadership positions at the club level and at camps. This has allowed them to be comfortable leading in a variety of areas since that time.

We have always been part of what is considered the diaspora. Our house has been the RC Bed and Breakfast for many years. Because of this our kids grew up with the Legionary Priests, Brothers and Consecrated frequently at our home.   They know what is like to shoot soccer balls, hockey pucks and throw footballs to the priests and brothers and to know them on a personal level. My son was so excited on the first father son retreat that we were on that it was so cool to tackle a priest in a game of football.

Our family is a missionary family. All of our kids have been on missions. My first mission was to Mexico with my oldest son when he was a freshman at Mount Michael High School. The school has carried on the tradition and has gone on a mission every year since with Mission Youth Missions.

I have been blessed to have been on missions to Haiti with my wife, my two daughters and youngest son. We have been able to work along side some fantastic college kids, priests and consecrated on these missions. This has allowed our family to serve others and to serve the Church in a way that we would have never experienced if it were not Regnum Christi.

We have been able to see the movement throughout the US and other countries. The shared charism is evident when you can meet someone for the first time, have a great conversation and feel like you have known the person(s) for a long time. We have experienced this many times in our travels.