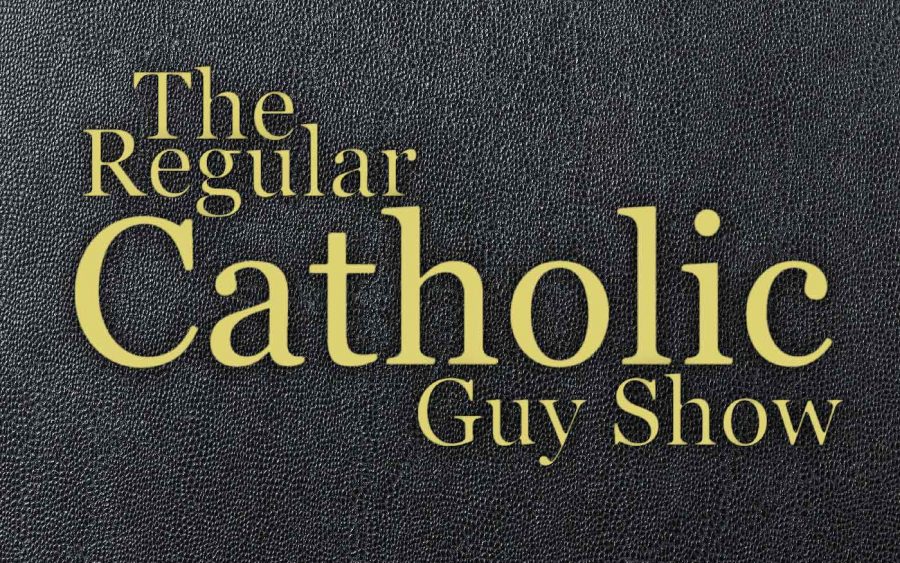 These men may live next door or work in the next office. They pass you in their cars, walk by you on a busy sidewalk and might be a close friend or relative.

They are doctors, lawyers, accountants, bus drivers, truckers, teachers, musicians, farmers, construction workers and even the idle rich. They come in every shape, size, and ethnic background.

Many are Catholics or former Catholics. Some may sit in the pews around you at Mass on Sunday. They are likely the guys checking their watches to see how much longer the service will last.

They are the men who are ready to meet “The Regular Catholic Guy.”

Jeff Garrett used to be one of those guys. He was a cradle Catholic who didn’t know much about his faith. But being involved in Regnum Christi for the past 19 years turned him into a Regular Catholic Guy and motivated him to found The Regular Catholic Guy, a website/podcast/blog/resource for guys like he once was.

“This was one of those things that came to me in prayer,” Jeff said. “I think the seed was planted at the Convocation for Catholic Leaders last July. I kept putting it off and putting it off. I’d do a little, then I’d put it off. And I did a little more and finally launched it on June 9, 2018 on the Feast of the Immaculate Heart of Mary.”

Jeff explained that all three aspects of Regnum Christi are vital: spirituality, communion, and mission. “Mission is key because being a Regnum Christi member isn’t just about personal formation – it is putting that formation into a mission, which is what this podcast and its related elements are all about.”

The five dimensions of RC are vital. These are spiritual life, formation, apostolate, personal accompaniment, and team life. Apostolate and mission are the two keys.

“I want to reach out to the guy sitting in the pew who really doesn’t know much about his faith – he may not even understand much about what is going on,” Jeff continued. “He might have grown up in the Catholic faith but didn’t get much real formation. He might be going to Mass for his wife’s sake, to be a good example for the kids or he might be one of those guys who just shows up at Christmas and Easter.

“He might even be someone who left the church. He could be your neighbor, brother, brother-in-law or father-in-law. I hope someone will share the podcast with guys like this and it will start them on the path to learning more about their faith.”

Catholic websites and blogs abound. Does the world really need another? Jeff thinks it does and explains why The Regular Catholic Guy is different:

“There is a lot available on the web, but most is for guys who are already into their faith and want answers about interpretations. There isn’t much for the person just starting out. The guys I have in mind have really basic questions: How do I pray…what do you mean the Eucharist is real…What is the point of confession? What I’m doing isn’t a theological treatise – it is for the entry-level Catholic.” 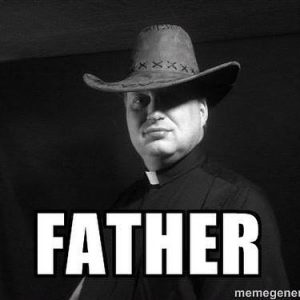 And as a Regular Catholic Guy, Jeff has the prudence to draw on the expertise of a chaplain, Fr. Mark McKercher, a Catholic priest in the diocese of Omaha, Nebraska. He is a frequent guest on the podcast.

You can ask a question by clicking on Ask Fr. Mark on the website. He will answer them on the show. The button is in the lower right corner of the site. And Jeff means literally ask a question because they record what you want to know and Fr. Mark answers it in an upcoming podcast.

“We’re also going to cover some fun, guy topics like cooking on the grill and sports,” Jeff explained. “We’re blessed to have a Regular Catholic Guy Priest in Fr. Mark who enjoys a Budweiser and baseball.”

As visitors to the Regular Catholic Guy website will quickly learn, Jeff has a full suite of social meeting.  And on Facebook you may recognize some familiar contributors: Fr. Michael Sliney, LC, and Fr. Daniel Brandenburg, LC.

Although the podcast is in its infancy, there already are several podcasts for you to catch up on.  Jeff plans to have a new show weekly – and a written blog a couple times a month. More than 150 podcasts have been downloaded by listeners and the initial Instagram post has over 1,000 likes.

Jeff says he is encouraged – and hopes the site will bring men to a better understanding of their faith. 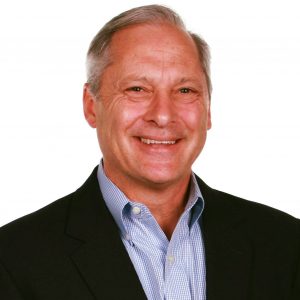 “I grew up as a ‘cradle Catholic.’ I went to public schools and attended CCD like many of you. I did not get much out of CCD and went as I got older only because there were girls there.

In college I left the faith and went on a self-discovery. Most of the professors were atheist or agnostic at best. So I waded through these and thought that agnostic was better than an atheist because I did believe there was a God. I was a “Chreaster” meaning I went to church at Christmas and Easter, when I was at home on break.

I started attending mass again when I met my wife. Funny how this works for men. We floated between parishes trying to find one that had a school because we wanted to send the kids to Catholic schools. She had gone to Catholic schools through high school.

We have four children. We have two boys and two girls. We had girl, boy, girl, boy just as we planned it (just kidding). Well when my oldest daughter got to be about four she started asking inquisitive questions about the faith. They were good questions and I could not answer them. So I decided I better learn about the faith so I could answer a four year old’s questions. I studied books, listened to tapes and CDs. I learned about apologetics and got to the point that I could facilitate classes in it. Now I want to help men like you become men who know their faith. I have learned that the more men know about the Catholic faith, the more they come to appreciate its beauty and how much it makes sense yet at the same time remains a mystery.” 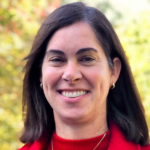 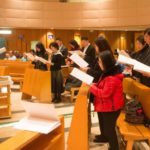