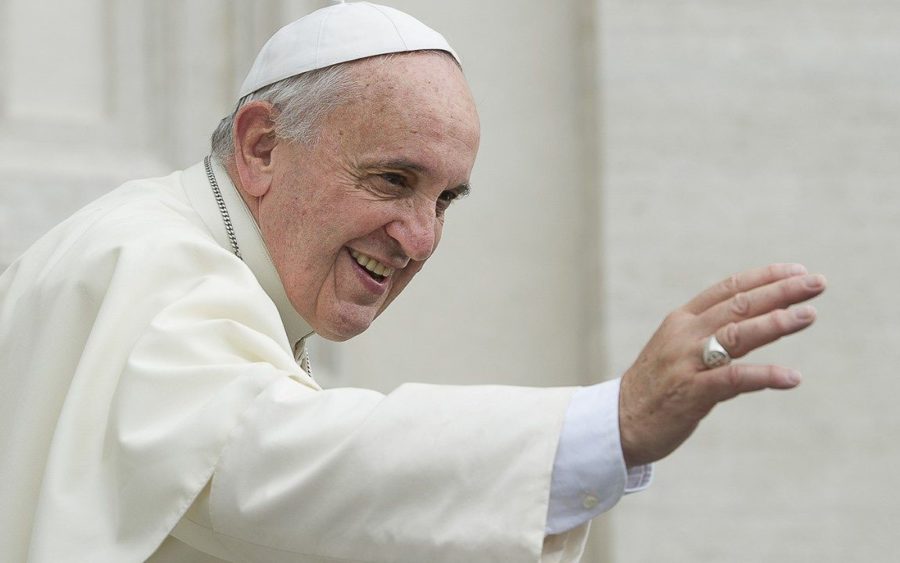 ADDRESS OF HIS HOLINESS POPE FRANCIS

to the Regnum Christi Federation

(Unofficial translation from the Italian original)

I am pleased to be able to meet with you as you are concluding a phase of your journey under the maternal guidance of the Church. You, Legionaries of Christ, have just concluded your General Chapter and you, both Consecrated Women and Lay Consecrated Men of Regnum Christi, your General Assemblies. These were a chapter and assemblies which produced your new General Governments, concluding a phase in the journey you have undertaken. This means that the journey continues and is not yet completed.

The criminal behavior of your founder, Fr. Marcial Maciel Degollado, which emerged in all its gravity, produced a deep crisis in the whole of Regnum Christi, both as an institution and individually. While, on the one hand, it cannot be denied that he was the “historical” founder of the entire reality you represent, on the other hand, he cannot be considered as an example of holiness to be imitated. He made himself the point of reference, through a false image that he created with his double life. Moreover, his long centralized government had, to some extent, tainted the charism that the Holy Spirit had originally given to the Church; and this was reflected in its norms, as well as in the practice of government and obedience, and in its style of life.

Faced with these revelations, the Church did not fail to show her motherly concern and reached out to you in various ways, placing alongside you people of great human and pastoral sensitivity and recognized juridical competence. Among them I wish to recall the late Cardinal Velasio De Paolis, Pontifical Delegate. The new Constitutions and the new Statutes are truly “new,” both because they reflect a new spirit and a new vision of religious life consistent with the Second Vatican Council and the guidelines of the Holy See, and because they are the product of three years’ work, in which all of your communities have been involved and which has led to a change of mentality. It was an event that brought about a real conversion of heart and mind. This was possible because you were docile to the help and support that the Church offered you, having realized the real need for a renewal that would bring you out of the self-referentiality in which you had been enclosed.  You opened yourselves with courage to the action of the Holy Spirit, thus entering the path of true discernment.

Accompanied by the Church, you have carried out with patience and willingness a demanding task to overcome even very strong tensions which sometimes arose. This prompted a further change of mentality, because it required a new vision in the mutual relations between the diverse realities that comprise Regnum Christi. I know well that it has not been easy, because what we are most strongly attached to are our own ideas. We often lack holy indifference, to which we must be open by an act of will, to allow the Holy Spirit to work within us. The Spirit leads us to detachment from ourselves in the search for God’s will, because only from God’s will can come the good for the whole Church and for each of us.

This work has led to the establishment of the Federation of Regnum Christi, composed of the Religious Institute of the Legionaries of Christ, the Society of Apostolic Life of the Consecrated Women of Regnum Christi and the Society of Apostolic Life of the Lay Consecrated Men of Regnum Christi. Numerous lay people, who do not profess the evangelical counsels, join this Federation individually, thus constituting a “Spiritual Family,” a broader reality than the Federation itself. The Federation is a canonically “new,” but also an “old” reality, because this unity and autonomy was already existent, in fact, since 2014. There remains a vast area which must be the subject of continued discernment on your part. Therefore, the journey must continue, looking forward, not backwards. Look back only to find confidence in God’s support, which has never been lacking.

At hand is the question of determining the concrete application of the Statutes of the Federation. This requires the discernment of both the collegial governing bodies, and the general and territorial governments of the three federated realities. The Statutes must always stimulate discernment. However, if discernment is not easy on a personal level, it is much less so on the level of  government. Discernment requires of everyone humility and prayer; the latter, nourished by contemplation of the mysteries of the life of Jesus, leads one to become more like Him and to see through His eyes. In this way, you can progress with objectivity, with a healthy detachment from your own ideas: this does not mean that you should not have your own evaluation of reality and the problems to be confronted, but it means submitting your personal opinion to the common good.

You have elected the new general superiors and their councils. Certainly, the first person responsible for the direction of the Legionaries of Christ or the Consecrated women or the Lay Consecrated Men of Regnum Christi are the directors, but the councils have a very important function, even if the counselors are not superiors.  In fact, the councils must be a valid help to the superiors in their government, but at the same time, they also have a responsibility to supervise the work of these superiors. In fact, they are called to govern with respect for persons and in keeping with the common law of the Church and the proper law of the Institute or of each Society. For this reason, canon law provides that when a matter is submitted to the consent of the council, the superior does not vote, precisely in order to leave the councilors with more freedom (cf. can. 627 §2; 127 CIC; Pont. Commission for the Authentic Interpretation of the Code of Canon Law, response of August 1, 1985, in AAS 77 [1985] 771).

I hope that your new governments will be aware that the journey of renewal is not over, because a change of mentality in individuals and in an institution requires a great deal of time for assimilation, and therefore a continuous conversion. It is a change that must continue in all members of the Federation. To return to the past would be dangerous and meaningless. The individual governments of the three federated institutes are called to follow this path with perseverance and patience, both with regard to their own Religious Institute or Society of Apostolic Life and with regard to the Federation and the laity associated to it. This requires that the three governments have a vision consistent with the will that the Church has shown in all these years by her closeness and by all the concrete means she has put at your disposition.

You, members of the new general governments, have received a mandate from the Church to continue the path of renewal, reaping and strengthening the fruits matured in these years. I exhort you to act fortiter et suaviter: energetically in the substance, and gently in the form, knowing how to grasp with courage, and at the same time with prudence, the other paths that must be taken, which have been outlined and approved by the Church. If you humbly place yourselves in the school of the Holy Spirit, you will not be overwhelmed by fear or doubt, which disturb the soul and prevent action. I entrust you to the motherly protection of the Virgin Mary; I accompany you with my affection and a sure place in my prayers, and from my heart I impart to you the Apostolic Blessing, which I extend to the whole Family of Regnum Christi. And please do not forget to pray for me.