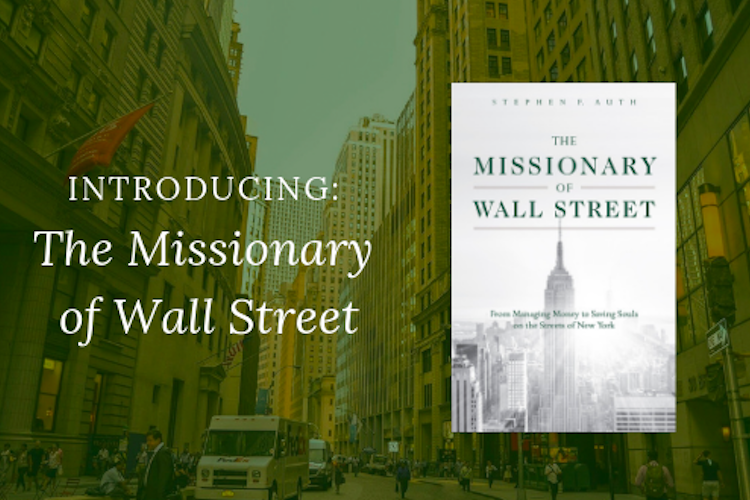 Sometimes you come across people with stories so compelling you wish you could sit down with them for an afternoon and just listen to them relate their adventures. Steve and Evelyn Auth are good examples.  He is an energetic Wall Street investor with a wry smile, and she is a warm and engaging prayer warrior who speaks softly and in a way that makes people pause to listen. You know there is something unique about this couple just by meeting them.

What am I, a chief investment officer of one of the country’s largest investment managers, doing hailing down strangers at night on the streets of New York City? “Are you Catholic?” my friends and I ask… -from The Missionary of Wall Street 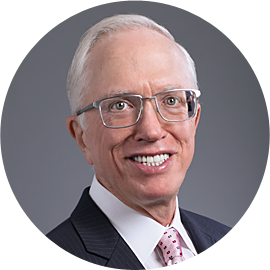 You can almost hear Steve’s New York accent and the hint of humor in his voice as he relates not only his story, but stories of some of the estimated 2.5 million New Yorkers that he, Evelyn, and a band of street missionaries have encountered over the last 10 years around Prince & Mott in SoHo.  Of those 2.5 million, over 10,000 people have come to confession during the missions, many for the first time since their first communion.  Many thousands more have been accompanied by street missionaries into a church to pray or light a candle.

The book shares the true and remarkable stories of the miracles that happen on the street when Catholics become missionaries in the city that is the epicenter of secular culture. They base their evangelization outreach at Old St. Patrick’s in SoHo, led by the inspiration of Monsignor Donald Sakano, the pastor.  Their primary goal is to engage fallen away Catholics and accompany them in taking their first steps back into the Church. Stationed on neighborhood street corners, they greet passers-by with a warm smile and the question, “Are you Catholic?”  The answer to that question (or more often the lack of an answer) determines what happens next. Steve estimates that for every person who says yes and stops to speak with a missionary there are about 40 who just ignore them or respond with a quick negative.

The harsh reality is that, for every successful encounter on the streets of SoHo, our missionaries are rejected or ignored or yelled at by a minimum of twenty passers-by, an average of forty, and on some nights eighty or a hundred.

On top of our own natural human reactions to that abuse in the streets, add the role of the devil. Rest assured, the devil is not happy about our new evangelization. Most of the souls we encounter are on some level of his slippery slope—some are near the bottom, convinced they’re lost, or even no longer aware of eternity and their impending lost future….Most are practicing a reasonably sophisticated form of rationalization, convincing themselves that, for some reason or another, their behavior is morally acceptable….

Before we head to the streets, I stop in the church to pray, maybe even do a daily confession. I put myself in the hands of the Holy Spirit and ask Him to carry me through. When I do this sincerely and with deep faith, I always find I have joyful, confident perseverance through the long night of darkness.

Once you have the habit of joyful perseverance, you’ll keep going even when everything seems to be working against you. Even the weather.

Then success will sneak up on you and surprise you.

In today’s world of me first, love—true love—is in short supply. Lost souls hunger for love. And when they sense true love in a missionary’s spirit on the street, inevitably they’re drawn in. -from The Missionary of Wall Street

Sometimes God uses the missionaries to reach people outside of the Catholic faith as well, like Khalid, whose story Steve relates in the book:

It’s a beautiful, joyful evening in SoHo. It appears summer has come two months early. The afternoon sun is shining warmly in our faces, and joy is in the air.

Then Khalid, a Muslim from Morocco, walks by.

“You Christians all want to kill us!” he tells one of our missionaries.

A heated discussion follows. We have lots in common. Abraham, the father of both faiths. God, who inspired Mohammed, is the same God we worship. Jesus is at least a great prophet in a Muslim context.

“But the world is going to hell! Too many of you are trying to get us!” Actually, he uses some much more colorful language, but I’m not going to repeat it.

“Khalid, can you stop using those kinds of words out here on the street? You’re bigger than this. You’re a child of God. Come on!”

Khalid is still hostile; and the language is no less colorful. “Khalid, you’re trying to rile me up, but it’s not going to work. I love you too much. You’re my brother. Love will always conquer hate.”

“Khalid, I want you to go into the church to light a candle before God, and to pray for me. Can you do this for me?”

It takes some talking and a lot of Christian love, but somehow, someway (the Holy Spirit, perhaps?), Khalid finds the strength to head into a church for the first time in his life.”

Steve has a compelling story of his own as a cradle Catholic who had a dramatic “re-version” almost 20 years ago. He is a Regnum Christi member, and a national board member of the Lumen Institute. He makes it clear that the cause of the missions’ success, and of each individual conversion he has witnessed, is not him, but Jesus Christ who calls the missionaries out into the streets and lets them actively witness what he is doing in the lives of the passers-by that they engage. The Missionary of Wall Street invites the reader out of the holy huddle and on to the cold and tough street corners of New York.  You get the sense that as he tells these stories, each more improbable and transformative than the last, Steve is just as amazed as the reader is.

These inspiring tales of Steve Auth’s faithful band of Catholic missionaries working the street corners of New York City reads like a 21st-century version of the Acts of the Apostles.”

Woven among the stories is another key component of the book. Pausing from his narrative every now and then, Steve speaks directly to the reader as a would-be missionary, giving tips on how to engage in street evangelization effectively.  In an experienced but accessible way, he shares the key elements of running a street mission, essential strategies, and some do’s and don’ts that he has learned over the years. Having touched millions of passers-by in New York over the last decade as the missionary of Wall Street, Steve may very well touch millions more through those who read this book and are inspired to step out and become missionaries themselves.

The Missionary of Wall Street is available in paperback and e-book from Sophia Institute Press.

For a taste of what you’ll find in the book, watch a recent talk Steve gave at an Atlanta Regnum Christi Convention below.